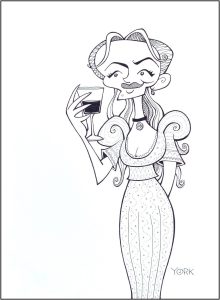 Saban Films is promoting HOUSE OF DARKNESS as a “reimagining of Bram Stoker’s timeless tale”, but even more than that, the film is a searing indictment of men who think of women as little more than sexual conquests. Written and directed by Neil LaBute, the filmmaker has brought to the screen a frightener that demonstrates how much women fear being in the company of men, no matter what the circumstances, no matter what advantages they may be imbued by. It all makes for one of the year’s better horror films, and a shrewd editorial on sexism to boot.

LaBute came to fame writing and directing the 1997 film IN THE COMPANY OF MEN and his lead male character in HOUSE OF DARKNESS would fit in right in with that movie’s misogynist creeps. (You’ll remember that Aaron Eckhart and Matt Malloy played executives who targeted a deaf, female co-worker, played by Stacy Edwards, to date, dump, and ruin her reputation.) Hap Jackson (Justin Long), this film’s protagonist, may seem like an amiable guy but don’t let his ready smile and self-deprecating manner fool you. He’s a wolf in sheep’s clothing, almost giddy to be squiring Mina (Kate Bosworth) home after picking her up at a local bar. Mina is a gorgeous woman with almost a Victorian look to her clothing and hairstyle. She also wears a knowing grin, one that suggests years of experience in dealing with such suitors.

Mina’s home is an old, Gothic mansion out in the sticks, and its size makes Hap feel uneasy. On top of being beautiful and serenely self-possessed, he discovers she’s rich. Hap tries to make up for his insecurities by dominating the conversation, but the running of his mouth only underlines his frailties. It’s a credit to Long that we find as much of his Hap likable at all, as the more he talks, the shallower he reveals his character to be. Mina smiles and goes along with his BS…up to a point.

But once she gets him inside for a drink, Hap’s mouth starts to get him in more and more trouble, and Mina calls him on his fibs and misstatements. Hap is revealed to be not only quite a sexist male but a frequent liar. He attempts to defend himself by claiming such untruths are merely little white lies of the most harmless kind. But as he justifies his faults, Mina is clearly not buying it. She has a shrewdness to her attitude and we start to wonder why she got in his car at all. Does she have something else in mind?

Mina’s motives aren’t too hard to figure out, but what gives this film such is how the tension builds exponentially as she starts to take control of the situation. Hap makes a number of blunders, including a cellphone to his bro from the bar. He boasts about how he’s going to get laid and he might even take pictures of the tryst. This occurs while Mina is out getting more wine but Hap is blithely brazen enough to brag in full voice. When Mina comes back, the stakes are raised. She clearly heard him but has decided to toy with him about it.

Throughout their dance of seduction, LaBute takes the piss out of rom-coms, as well as the horror genre. And in his two leads, he has a duo that performs it all with relish. Long isn’t afraid to show us the shit that Hap really is deep down, and Bosworth has never seemed more coy, sensual, or formidable onscreen. Surprises await, including other characters, as LaBute keeps making this game scarier, even if the film probably could’ve been trimmed by 10 minutes. (It might’ve even made a great half-hour short.) But by being 88 minutes long, it allows the story to show how fully Hap will wear out his welcome and earn exactly what is coming.

HOUSE OF DARKNESS is not just a frightener, it’s a ghoulishly clever black comedy. The film’s Gothic mansion may be an exceedingly dark place, but so are the hearts of both Hap and Mina. This is a couple truly made for each other, but not quite in the way that you’d expect from the beginning of the story. The more the night goes on, the more Mina’s disgust with Hap grows, until she’s forced into actions that demonstrate some real teeth. 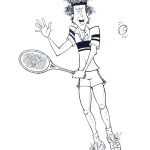 “McENROE” PRESENTS A MOODY AND INSIGHTFUL PORTRAIT OF THE TENNIS ACEillustrated, news, Review 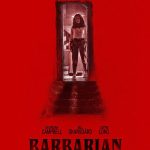