It’s high time that Juliette Binoche is acknowledged as one of cinema’s all-time greatest actresses, an equal peer to Hepburn, Davis, Streep, or Blanchett. She may not don wigs and accents, but she’s given as many great performances over the years as any other star. THREE COLORS: BLUE and CERTIFIED COPY are just two of her dozen or more standout appearances, and her latest may be a high-water mark in her storied career.

Her newest film is BOTH SIDES OF THE BLADE and Binoche is utterly magnificent once again. This time, she plays Sara, a forlorn woman struggling to figure out where she stands between her husband and a former lover who’s come back into their lives. It’s a complex part that Binoche aces, showing us every subtle stirring in her multi-dimensional character. She’s matched perfectly too by the equally nuanced direction from acclaimed filmmaker Claire Denis. Both Binoche’s work, and the intricate melodrama itself, are two of cinema’s greatest achievements this year.

Denis has always loved to explore human relationships and the ever-fascinating shifts in mood, actions, and reactions that play out in them. Her films, like HIGH LIFE and LET THE SUNSHINE IN, address how humans struggle to belong, to feel at home in any given place, and how they must cope with the intrusions that upset the apple cart. Denis’ story here, written with Christine Angot adapting her novel, is exactly that, the story of a marriage where both partners must confront their standing with each other after an interloper starts to turn their world upside down.

At first, Sara (Binoche) and Jean (Vincent Lindon) seem to have an idyllic relationship. Their 10-year marriage is still supremely physical as they kiss and fondle each other in the ocean on holiday. It’s an incredibly intimate introduction to the movie and the characters, rendered all the more startling as the couple is middle-aged, seemingly past such infatuation with each other. Such bold sexuality is almost unheard of in contemporary cinema, and it foreshadows the nakedness of emotion soon to come.

When the couple returns home to their cozy Parisian apartment, they continue to coo and caress, but something seems a little off in how they relate to each other outside of such romantic gestures. Jean is sullen and cut off at times, talking past Sara, while she seems quietly desperate to be clearly understood by her macho, ex-rugby hubby. Fortunately, her intellectual needs are fed by her job as a radio talk show host during the day, but at night at home, she feels suppressed.

One day, Sara sees her former lover, Francois (Gregoire Colin) on the street, and his appearance makes her gasp. She almost doubles over in pain as she realizes how he can still affect her so. Soon after, she discovers that Francois has approached his former best pal Jean with a business proposition. Now, both of them are forced to re-examine their past relationships, as well as how time has or has not changed their feelings.

Denis slyly weaves in more and more details about each character, setting them up for the fall. Jean recently finished a stint in prison, likely for some business shenanigans related to Francois, and such resentments start to seep into their renewed connection. Is Francois trying to make amends for past sins, or is he just trying to get Sara back by hiring Jean to work for him? These are questions Jean should be asking himself, but he’s too preoccupied with landing a steady job (not easy for an ex-con) and reconnecting with his 15-year-old biracial son Marcus (Issa Perica) from a previous marriage. Prison ruined their relationship and the boy now lives with Jean’s mother Nelly (screen veteran Bulle Ogier). Jean believes Sara when she reassures him that she’s over Francois but little in her demeanor is convincing. Not long after, Sara excitedly accepts late-night calls and texts from Francois, and shortly after, they start a clandestine relationship.

Francois makes for a suave and sly bad guy here, but it’s actually Sara who is the true villain of the piece. She continually lies and plays games with both men and yet the way Binoche plays her, we not only empathize with her lot but find that a considerable amount of her bad behavior feels justified. There is an ache in Sara, a need to not only be loved as a physical being but as an intellectual. Both men hold back from her and their machismo makes her feel unequal. It may be a film about cheating, but they cheat her out of feeling on the same plane.

Denis ensures these characters bob and weave about, lying to each other, and themselves, all while wearing masks, both literal and figurative. Shot during the COVID-19 pandemic, it’s worked right into the story here with everyone wearing protective masks, adding to the sense of hiding. Denis also has her composer Stuart Staples score the drama just shy of that of a horror movie. The tension and dread that the ominous music builds throughout are truly palpable. And Eric Gautier’s fly-on-the-wall cinematography makes the drama register as all the more immediate, shot so close and intimately.

Colin has the least interesting role, but he makes Francois into a loathsome, aging bad boy. Lindon is revelatory, blending his physical prowess perfectly with his drooping, wounded ego. Denis moves her players about like chess pieces, building to one of the best-acted climaxes in years. Binoche is especially vivid in the film’s final ten minutes as Sara’s multitude of lies catches up with her. Still, the actress ensures we remain sympathetic to the adultress. Betrayal is terrible, of course, but so is diminishment and marginalization at the hands of men. Binoche sears in those moments, showcasing not only a character worthy of our pity but cementing herself as a colossal talent working at the absolute top of her game. 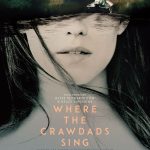 “WHERE THE CRAWDADS SING” IS TOO PRISTINE FOR ITS OWN GOODnews, non-illustrated, Review 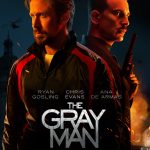