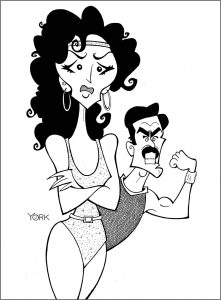 Original caricature by Jeff York of Rose Byrne and Murray Bartlett in the second season of PHYSICAL. (copyright 2022)

Indeed, it may be time to list Sheila, the lead character from Apple TV+’s dramedy PHYSICAL as one of television’s great antiheroes. Like those other TV series leads from some of the most heralded television programs of the last 20 years, Sheila Rubin is a tremendously flawed individual who remains sympathetic despite all her issues and transgressions. She lies, cheats, steals intellectual property and has an affair with a married man. (A Mormon, no less!) Yet, despite all her sins, Sheila still remains an admirable woman, doing her best, fighting to be seen and heard, and struggling against the patriarchy that would barely give her the time of day. And she’s doing most of it in a leotard.

In the first season of PHYSICAL, Sheila (Rose Byrne) was a restless housewife in the early 1980s who discovered herself through aerobics. It gave her purpose, curbed her eating disorder, and let her help similarly struggling housewives who took her classes. The new confidence it allowed her helped Sheila stand up to her doltish husband Danny (Rory Scovel) and become an entrepreneur with studio owner Bunny (Della Saba) and her surfer boyfriend Tyler (Lou Taylor Pucci). She even faced down her entitled, stifling parents and came to terms with being abused by a family friend in her youth.

All of those steps helped Sheila move forward, but not all of them were in the right direction. She screwed over Bunny by launching their duo aerobics video as a solo effort and Sheila also started a secret relationship with the priggish businessman John Breem (Paul Sparks). And to appear to be a goodie-two-shoes with nothing to hide, Sheila lied to everyone about what she was doing, her comings and goings, and her ongoing battle with bulimia. Sheila got the taste of a little power through her success as an aerobics teacher, being in charge of her own finances and destiny for the first time. Now, as Season Two starts, she’s hungry for more.

And despite all of Sheila’s dramatic flaws, the show doesn’t paint her as a villain in the least. Rather, she’s a fighter, doing what she can to stay in the game. And it’s hard to hate someone whose inner voice is her harshest critic of all. Last year, that profane and vicious voice bullied her constantly, needling her about her lies, her age, and her eating habits. This year, as Sheila has matured, so has the voice in her head. Now, it spends less time berating and more time cheerleading.

Sheila manages to even be a stalwart citizen in her way. She’s kept up her relationship with fellow housewife and school official Greta (Deirdre Friel). They’ve become buddies and sisters fighting the establishment on a number of fronts in their hometown of San Diego. Sheila’s even trying to work on her suffering marriage, though the easily-distracted Danny may be a lost cause. Most impressively, Sheila has made a connection with gay exercise guru Vinnie Green (Murray Bartlett) and they are two peas in a pod. Not only does he become a frank and funny friend, but he starts serving as a mentor for all of Sheila’s ambitions. Indeed, she looks at all that his exercise empire has to offer – dozens of videotapes, a clothing line, a chain of workout studios, and she wants that too. (The slyest joke in this 80s-set show is that “Greed is good” truly is Sheila’s mantra.)

Bartlett is a hoot in his new role, almost as hilarious as he was in THE WHITE LOTUS last year. His chemistry with Byrne is terrific too and the season could’ve afforded to bring him in earlier and more often. Here’s hoping the third season showcases the two of them together even more. Meanwhile, all of the rest of Sheila’s relationships have progressed too, allowing all the characters to grow. Each of them is struggling to figure out who they are and who they want to be in a society obsessed with vanity, money, and power.

Show creator Annie Weisman and her talented writers and directors have painted a portrait of the decade that may be full of high gloss and big hair, but it also has a huge heart. Sheila may be obsessive, but at least she recognizes the good and bad her dreams are doing to he psyche.  And against the sexism, class system, and agism she’s battling against, Sheila is doing her best to keep her permed head above water. The series also serves as a cheeky reminder that such vapidness and selfishness of the 80s has only grown exponentially since then. Social media, anyone?

The entire cast runs with all of the comedy, drama, and political commentary throughout all ten new episodes. Byrne continues to prove that she is one of our very best actresses today, navigating a complex part, one that calls for her to be funny, fierce, and at times, frightening. It’s an awards-worthy performance, as is the ensemble, as is the show dropping its second season this Friday, June 3rd. It’s a must-see sophomore year as PHYSICAL is shaping up to be one of television’s finest programs. 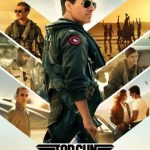 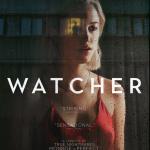 “WATCHER” IS A SLY, TIMELY THRILLER ABOUT HOW MEN SUBJUGATE WOMENnews, non-illustrated, Review