In the world of Marvel Comics, the character of Peter Parker (AKA Spider-Man) has always had amazing everyman appeal because he’s young, inexperienced, and struggles to manage the “great responsibility” that comes with his great power. Brian Michael Bendis’s “Ultimate Spider-Man” comics, launched at the turn of this century, underlined all of that even more by plopping Peter down in high school. What teen knows who he or she is, let alone would know how to assume two separate identities? Sony Pictures presented all that writ large in their series of Spidey movies starting in 2002, and in most ways, those starring Tom Holland have made the most hay out of Peter’s relatable teen angst.

That angst is on display writ even larger this time in SPIDER-MAN: NO WAY HOME as Peter must now contend with being falsely accused of murdering the villainous Mysterio (Jake Gyllenhaal) from his last adventure in 2019. Tabloid journalist J. Jonah Jameson (J.K. Simmons, hilariously barking every line) calls him out and continues his long-standing dislike of the web-slinger. Now, because of that spotlight, the whole world knows the name Peter Parker, but they’re starting to wonder if their “friendly neighborhood Spider-Man” isn’t the nice guy they assumed he was.

When the pressure on Peter gets to be too much, with helicopters following him everywhere, and slurs accusing girlfriend M.J. Zendaya) and Ned (Jacob Batalon) of being accomplices, the harried teen turns desperate. He reaches out to superhero wizard Dr. Strange (Benedict Cumberbatch) for some otherworldly help. Strange, you see, has the power of the fog in his hands and he can cast a spell to make everyone on the planet forget Petey is Spidey. Of course, the jittery teen screws up the spell by trying to change it mid-casting with requests that his two buds and Aunt May (Marisa Tomei) stay in the know.

That last-minute adjustment screws up Strange’s sorcery, opening up a multiverse that enables various characters from alternate realities to invade ours. What that really means is that characters, plotting, and tropes from previous films can now be folded into this movie, and it makes for a self-conscious hoot and a half.

Now, if you’ve seen the trailers for this go-round that spoil more than tease, you know at least one recognizable face has returned. I won’t spoil the rest of the juicy surprises that await, but suffice it to say, the returning characters hauled in are very welcome, by and large, and multiply the fun of this fare exponentially.

Still, what drives this adventure forward more than anything is the continuing struggle of Peter to navigate into adulthood. He’s bucking to get into MIT, have a girlfriend, and not carry the weight of the world on his shoulders, but it’s not easy. Being Spider-Man constantly endangers his life and those of  M.J., Ned, and Aunt May. There’s a lot at stake this time, from their lives to the order of the cosmos.

Jon Watts’ direction is deft throughout, finding the right balance between humor, heartbreak, and heroism, sometimes all in the same scene. All of the actors here shine, particularly Holland, who aces all the emotions he’s asked to show. The screenplay by Chris McKenna and Erik Sommers contains some of the funniest writing in the franchise, particularly in the way their script comments on past films. I’d quote some of the best lines here, but it would give away too many of the delightful surprises.

Cumberbatch is having quite a year already with his superb work in THE COURIER, THE ELECTRICAL LIFE OF LOUIS WAIN, and his award-winning turn from THE POWER OF THE DOG. Here, he plays light and succeeds well too, making for a prickly, amusing foil for Peter. Strange is written a bit too much like Tony Stark in the film with his constant quipping, but with Iron Man long departed, someone has to pick up the slack, I suppose.

A few things are working against this film, including a running time that could have been trimmed. Additionally, a few of the returnees aren’t quite as interesting or essential to the proceedings. (Two are, however, and their appearances will be the talk of the film.) Finally, the biggest issue hurting SPIDER-MAN: NO WAY HOME is that the novelty of the multiverse is already a bit old-hat. This film is late to the dance, with parallel planes already guiding the plotting of the Oscar-winning animated film SPIDER-MAN: INTO THE SPIDER-VERSE in 2018, and WANDAVISION, LOKI, and WHAT IF? on Disney + this year.

Nonetheless, familiarity is a nagging issue for any franchise, particularly ones fronted by superheroes. Yet with SPIDER-MAN: NO WAY HOME, Peter makes it easy for audiences to stick with him. He’s likable, relatable, and for a young man swinging high above the city, surprisingly down-to-earth. What’s not to love? 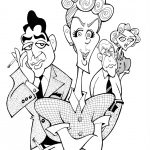 “BEING THE RICARDOS” SHOWS THAT LIFE WASN’T A BALL FOR LUCYillustrated, news, Review 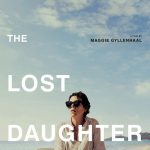