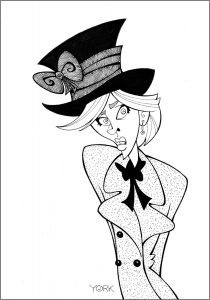 Princess Diana has been portrayed on stage and screen many times before. Emma Corrin almost won an Emmy for her turn on the sublime fourth season of Netflix’s THE CROWN. Naomi Watts gave the part her all in 2013’s DIANA but few remember that problematic movie. There’s even a Broadway musical about to open next month with a singing and dancing Diana. (Yikes!) Thus, director Pablo Lorrain and star Kristen Stewart had their work cut out for themselves in trying to bring something fresh to the party in their new film SPENCER. They’ve succeeded spectacularly well and the film is a standout at this year’s Chicago International Film Festival.

What makes SPENCER so exceptional is its focus on Diana’s psyche during one tempestuous Christmas weekend shortly before she asks Charles for a divorce. It’s a laser-focused study of a woman at her breaking point and Stewart does her best screen work to date in bringing the terribly fragile, young woman to pained life.

The exceptionalism of the film starts with director Pablo Lorrain’s approach to biopics. He’s not interested in cradle-to-grave stories, nor straightforward storytelling. Instead, the Chilean director wants to get audiences totally into the heads of his subjects. He did that in 2016’s JACKIE when Natalie Portman portrayed Jacqueline Kennedy as a forlorn First Lady in the aftermath of her husband’s assassination. It was far more like a fever dream than a History Channel lesson, and it forced audiences to see that American tragedy anew through Jackie’s palpable grief. Lorrain tries a similar, psyche-driven approach here, digging deep inside Diana and finding the rebel tired of being a dress-up doll. Diana’s experiences, however, are less like fever dreams and more like a waking nightmare.

Lorrain, working with a superbly cunning script by screenwriter Stephen Knight, focuses on just a trio of days that are supposed to be a joyful holiday gathering. The story starts with Diana getting lost as she drives her sportscar to the Queen’s country castle in Norfolk. Is it the foggy weather impeding her way or a foggy mind? More likely, it’s her inner insurgent putting off the visit as long as she can. Along the wayward drive, Diana happens upon her family’s boarded-up, old estate and a scarecrow in one of their fields. It’s wearing her late father’s overcoat, and she stops to snatch it, hoping to hold onto something of her cherished past.

Diana is insulted as soon as she enters the Queen’s castle, being forced to weigh herself as part of Windsor tradition. The princess takes it personally this time as she is battling bulimia and fears everyone knows. From there, Diana is subjugated to one cruel practice or hollow tradition after another. She’s told what to wear, when to show up for every event, and even subjugated to sharing Sunday church with Charles’ mistress Camilla a few pews away.

Lorrain juxtaposes Diana’s being ordered about in the castle with the royal chef Darren (a wry Sean Harris) instructing his cooks on what to prepare for every meal. Indeed, Diana is little more than part of the Queen’s bill of fare. Thankfully, she finds a sympathetic ear in Darren as well as her dresser Maggie (a warmly-wise Sally Hawkins). Unfortunately, those allies can’t compete with her new enemy Alistair Gregory (Timothy Spall). Alistair is the new majordomo running the house, a passive/aggressive thorn in Diana’s side. It’s a wonder she didn’t stab him with one of her required heels.

Diana does find some joy with her young sons William and Harry (Jack Nielsen and Freddie Sprie). They chase about, play games, and confide in each other. In one scene, the three sit down for a game of confessions while aping old fogey British soldiers, and Diana’s silliness is adorable. She had many problems, but being a great mother wasn’t one of them.

Stewart is marvelous in the role, using her wounded eyes and tense jaw to great effect. The young actress does a nifty Posh accent too and finds a way to make each of Diana’s lines sound as if she’s speaking while suffocating. It’s a nervy performance, constantly on the brink, and it places us right in Diana’s head every moment. Di even starts imagining Ann Boleyn chasing after her, trying to warn her about what happens to upstarts in monarchies.

The film has a few places where Lorrain short shrifts. There should be much more of Queen Elizabeth in it, one of Di’s detractors, and the princess’s confrontations with Prince Charles (Jack Farthing) are all too brief. Still, one sharp exchange sticks as they face off across a pool table. Their relationship is little more than a game by that point and Charles deigns to instruct her to play her part better for the public. Between Farthing’s portrayal and that of Josh O’Connor’s Emmy-winning turn in THE CROWN, Charles is going to need some expert PR people to revive his reputation after this.

At times, Lorrain treats Diana’s story as an outright horror story, particularly in how he has instructed composer Jonny Greenwood to write a score that at times sounds like it could just as easily have been done for a vampire movie. Lorrain contrasts such sounds with exquisite beauty, showcasing all of the incredible luxury surrounding the Windsor’s. Too bad none of them ever appear to enjoy a lick of it.

And while the story here allows Diana a few small victories along the way, one cannot help but watch and feel haunted by our collective knowledge of what happened to her shortly after leaving Charles. Perhaps that’s why Lorrain chooses to end his film giving the People’s Princess a distinct moment of triumph. He’s reminding us of how short-lived any of her victories were and lauding the remarkable woman in a way that those horrid Windsor’s never, ever could. 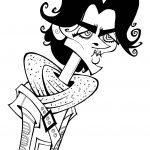 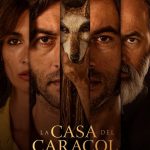