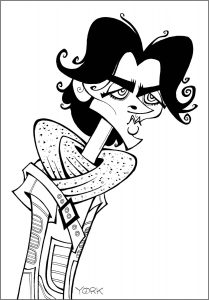 Director Denis Villeneuve is a superb world-builder. The rainy, forever-gray neighborhood in PRISONERS, the heat-drenched Mexico in SICARIO, the egg-shaped, alien ships in ARRIVAL…his landscapes were characters in those films, as much as any actor Villeneuve cast. Now, with DUNE he’s outdone himself by bringing the world of Frank Herbert’s 1965 novel to resplendent visual life onscreen. Villeneuve has also succeeded in turning the author’s dense, complicated, and unwieldy prose into an engrossing, cogent, and immersive film. DUNE lives up to all of its hype and should be viewed on the big screen for maximum effect.

There is one major downside to Villeneuve’s DUNE, however, and it announces itself at the top of the film. A title tells us that this is only part one. In other words, it’s essentially half a film. When the film abruptly ends after 2.5 hours, with little resolution, it’s a bummer. But if this film is a hit, and it’s expected to be just that, part two and further adaptations of Herbert’s five sequels will surely be in the works. Let’s just they hope they film part two fast and that Villeneuve remains attached.

And, despite all the incredible eye candy on display in the film, Villeneuve never loses sight of his characters. Indeed, he makes Herbert’s story all the more grounded and relatable by treating it as a coming-of-age film about a teenager trying to find his place in the world, or should I say, on a foreign planet.

Paul Atreides (Timothée Chalamet) is that teen, moody and anxious about adulthood. He’s the privileged son of Duke Leto Atreides (Oscar Isaac), ruler of the ocean planet Caladan. The duke has been given stewardship of the planet Arrakis and it’s one big job. Arrakis is a wasteland, with a small, defiant population, but its desert sands hold enormous value for the entire universe. Those sands produce a natural mélange called “the spice” and it is the gift that keeps on giving to everyone in the galaxy. Not only does the spice drive intergalactic trade and interstellar travel, but if ingested, it keeps one youthful, vital, and increases brainpower. The spice is Herbert’s metaphor for cocaine, or perhaps oil as a sense of currency. Futuristic science fiction, after all, always comments on the present day.

Paul is a good kid, versed in languages, a student of history, and a bit of a clairvoyant like his exotic mom Lady Jessica (Rebecca Ferguson). Paul’s best friend is a rough and tumble soldier named Duncan Idaho (Jason Momoa) who lands on Arrakis to aid the duke in working with the indigenous people and protecting the spice production. Many in the universe want it all to themselves, including the villainous Baron from the House of Harkonnen He’s played with growling authority by Stellan Skarsgard, unrecognizable under a latex fat suit.

That’s a lot of exposition, and God knows legendary director David Lynch failed to make all that narrative clear for the audience in his 1984 adaptation.  Villeneuve and his fellow screenwriters Eric Roth and Jon Spaihts have wisely streamlined Herbert’s thick plot, judiciously editing out extraneous characters, and truncating action so set-pieces aren’t belabored. Villeneuve and the team put the focus strictly on Paul, turning this version of DUNE into a phantasmagorical coming-of-age story.

Chalamet is a little wan, almost too pretty and skinny, but his mix of callow and naivete gives his hero space to grow. He broods better than just about anyone onscreen these days too. The rest of the cast around him does well across the board, especially Ferguson who makes for one fierce and freaky mom. Isaac is always good, Momoa can play rogues in his sleep, and few actors know how to toss off sarcasm as well as Josh Brolin.

Cinematographer Greig Fraser paints gorgeous shot after gorgeous shot with his camera and lighting. The visual effects here are the best onscreen for 2021, and the giant, burrowing sandworms under the dunes are something to behold. The production design incorporates all sorts of browns and beiges and references Spanish art deco as well as streamlined Swiss design for its interiors.  The costumes are all earth tones too, echoing the sand, and Hans Zimmer’s score is alternatingly ethereal and menacing, perfect for this material.

Skarsgard’s villain is underdeveloped and could use more dialogue, and Javier Bardem doesn’t have enough to do but will figure more strongly in part two. The same goes with Zendaya’s rebel character Chani. She may be all over the trailers and the red carpet, presenting one of the major faces for the film, but the ingenue is in this go-round for only a few minutes of screentime.

All in all, this is a film to be savored on as big a screen as possible. Villeneuve’s accomplishment is both artistic and accessible, a faithful interpretation of Herbert, and a big Hollywood picture that shows off its brains as confidently as its budget. It’s frustrating though that the second part wasn’t filmed with this one because Warner Bros. was hesitant to commit. Now, we’ll hope that a sequel comes, and as soon as possible. We’ll be watching those sands in the hourglass waiting for the bigger dunes to return. 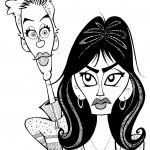 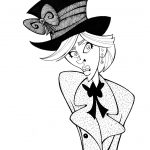