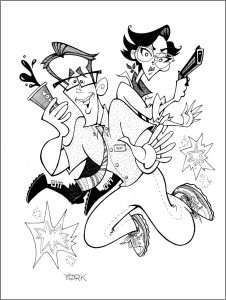 The summer is almost over but finally, a big tentpole film comes along that shows just how such escapist fare should be done during the season. FREE GUY is a fun, exciting, and cheeky CGI-laden action/adventure film about a background character in a video game whose desire to be more leads him to become a hero in his own story. The movie delivers on what you’d hope for regarding the thrills and laughs, but it has a surprising amount of emotional heft too.

Each day, that background character named, appropriately, Guy (Ryan Reynolds) greets the day with earnest enthusiasm. He dresses in the same short-sleeved shirt and tie, walks to the bank, and eventually will get held up by a thief in the crime-ridden city of Free City. (Is the town named for letting every crook and baddie roam freely? Quite.) But on the way to work one day, Guy notices a serious woman in leather pants and aviators. Who is she? What’s she up to? No matter, Guy is smitten. The mystery girl is named Molotov Girl (Jodie Comer) and she’s a major character in the game, an assassin whose story arc involves retrieving a briefcase full of cash.

Guy and his BFF at the bank, named (ahem) Buddy (Lil’ Rey Howery), realize that the only way to get Molotov Girl’s attention is to don the glasses that all main characters wear in the game, specs that give them superpowers. Thus, Guy does just that by foiling the bank robbery and once he swipes the villain’s shades, a whole new world opens up to him. Now he cannot only get Molotov’s attention, but he can view secret codes, hidden passageways, power bursts, and clues to stolen loot. He’s broken through the caste system and starts to revel in all his new access and power.

If the film had just stayed in that video game world, it probably would’ve been just fine, but Matt Lieberman and Zak Penn’s screenplay is far more ambitious. The B story takes the audience into the world of the game-makers and the international bedrooms of gamers at play who suddenly take note of Guy is changing the game. Amongst the main characters in the real world are Walter (Joe Keery) an idealistic game inventor, Mouser (Utkarsh Ambudkar), his cynical colleague, and Walter’s bestie/fellow game inventor Millie (Comer again, doing double duty.) They too are shocked to see Guy mess with the storyline, but they find his stand for a better life to be thrilling and empowering. Of course, video game CEO Antwan (Taika Waititi, eccentrically hilarious) doesn’t like anyone or any byte messing with his baby one bit, so he goes after Guy in all kinds of evil, yet amusing ways.

Reynolds is one of the best actors working today and makes the most of this terrific part. Truly, how many actors can do romantic comedy (THE PROPOSAL), drama (BURIED, LIFE), and physical comedy (DEADPOOL)? He combines all three here for a full-rounded performance that is the best comedic work of the year.

He also has a great rapport with Comer who herself is an expert at comedy, drama, and with physical instincts as strong as any actress working today. (Her Villanelle, which demonstrates all three, has become a phenom in three seasons of KILLING EVE). Comer’s Molotov is no vapid gamer girl here either. She’s feisty without being a cliche, and that’s because the storyline has her created by Millie in an autobiographical way. One of the most clever parts of the film is how the two female characters start to act more alike as the story goes on. It makes quite a statement about female empowerment and riffs slyly on player arcs too.

Director Shawn Levy delivers a half-dozen action set-pieces that are breathless and outrageous, yet easy to follow. And he knows how to keep us on the edge of our seats during the calmer moments too. (You almost want more of a romantic relationship between Guy and Molotov, but the action calls.) At times, the in-jokes about gaming play as too “in,” and sometimes the story feels a bit too heavily borrowed from GROUNDHOG DAY and READY PLAYER ONE, but the film avoids so many of the epic mistakes of length and false climaxes like most tentpoles. And Levy is especially wise to spend plenty of time with the characters outside the game, making us truly care about their situation too. Keery, Ambudkar, and Waititi plus every scene they’re in, as does Howery, continuing his string of adorably brash supporting characters on film.

Most importantly, despite all the characters flying through the air, defying gravity, avoiding dozens of explosions, and cheating death, the film manages to stay grounded. You care about these characters being put through their paces, in the game and out. The film has a lot of heart and you’ll find it often pulling at the strings of yours. 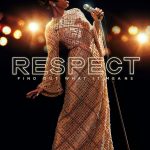 “RESPECT” CAPTURES THE PERIOD BUT TOO LITTLE OF ARETHA FRANKLINnews, non-illustrated, Review 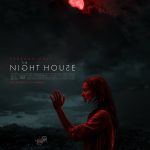 REBECCA HALL IS HAUNTED BY MORE THAN THE SUPERNATURAL IN “THE NIGHT HOUSE”news, non-illustrated, Review