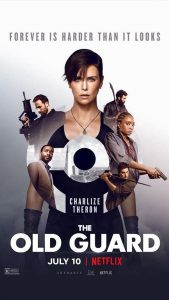 At first blush, THE OLD GUARD, a movie about centuries-old immortals working as secret mercenaries for worthy causes, seems outright silly. It’s an odd mix of comic books like 100 BULLETS and THE LEAGUE OF EXTRAORDINARY GENTLEMEN and moralizing dramas like THE GOOD FIGHT and EVIL. But damn if the whole thing doesn’t work pretty well sowing a seriousness throughout that transcends its goofy, high-concept origins. Director Gina Prince-Bythewood never condescends to the material, nor does her cast led by the fully-committed Charlize Theron. It’s a tough and very violent film, but it’s also one that is moving, emotional, and has a genuine solemnity to it. In an era when movie shoot ‘em up’s have become far too cartoonish, this one manages to make its bloodletting feel consequential.

THE OLD GUARD is adapted from the 2017 Image Comics title of the same name written by Greg Rucka, drawn by Leandro Fernandez, and colored by Daniel Miwa. It premieres on Netflix this Friday, July 10, and should find an audience as it’s not only a strong adaptation, but the popular streaming platform is on a roll with its action offerings of late. (Director Michael Bay’s 6 UNDERGROUND was a big hit this past December, drawing the eyeballs of 83 million members in just four weeks.)

In this actioner, Theron plays Andromache of Scythia, called Andy for short, an immortal who’s lived for centuries, but still keeps looking for meaning in every step of her long journey on earth. She’s seen the Salem witch hunts, the Civil War, and more atrocities than she wants to remember, but she still cares. Despite being a hard woman who rarely smiles, Andy manages to maintain her soft spot for humans in trouble. That’s why she and her immortal mercenary cohorts answer the call when they’re summoned to save a group of kidnapped Sudanese children.

Helping them locate the whereabouts of the kids is an enigmatic go-between named Copley (Chiwetel Ejiofor). Shortly after, Andy and her three BFF’s – Booker (Matthias Schoenaerts), Nicky (Luca Marinelli), and Joe (Marwen Kenzari) – gear up with more weapons than you’d find at an open-carry Red State town hall meeting and set out to rescue the tykes. But no sooner do they storm the compound then they discover that they’ve been set up. The minions of a pharmaceutical titan named Merrick (Harry Melling) gun them down as the first phase of the experiments he wants to conduct on the immortals to help him develop an antibody that will allow mere mortals to live forever too.

Indeed, the immortals recover, popping bullets out of their skulls as Wolverine does in every X-MEN movie. They also manage to escape their captors, sending Copley, Merrick et al. in hot pursuit. Meanwhile, the four immortals sense a new one in their midst, getting a cosmic vibe from a United States Marine named Nile (Kiki Layne). Nile’s just survived a vicious gash to her throat from a Middle Eastern terrorist in the desert and they want her to join them to keep their humanitarian mission going.

Soon after, the core of the film turns into an elaborate series of high-octane set pieces jammed pack with stunts. The immortals will square off with their foes against backdrops that run the gamut from rustic French chateau to pristine bio-lab. Bullets fly, blood splatters, and body parts explode like popcorn in the microwave at each turn. The immortals are shot, kicked, cut, and stomped repeatedly. Still, they take the licking and keep on ticking, coming back, again and again, to return fire and take out the hundreds of faceless bad guys gunning for them.

The JOHN WICK franchise made such carnage palatable by turning it into a comic ballet of violence. THE OLD GUARD succeeds because it plays most of the bloodletting serious. When the immortals are wounded, it hurts. So much so that at one point in the story Andy is stabbed in the back and gripes about the wounds for the rest of the story.

Prince-Bythewood not only ensures that all that violence carries weight onscreen, but she also shoots the action with a through-line clarity that is far too rare these days. Not since the glory years of the James Bond franchise has action been so easy to follow. And being able to see what the characters are doing allows their fates to be clearer and the audience to invest in their outcomes exponentially. Theron keeps us cheering her on too because she’s visibly doing most of her own stunts.

THE OLD GUARD has some clear flaws too. A lot of the story and action are predictable. More than one graphic death is too grisly even by hard R-rating standards. And some moments in the dialogue come very close to cornball. When the British villains get a load of the immortals recovering so quickly from their wounds, they utter the following: “What do you see?” “A Nobel Prize.” “And a few fair quid to boot too.” Ugh.

Still, by and large, the film avoids the land mines of egregious cliches, hoary sentimentality, and excessive grotesquerie. Still, it’s not easy watching the immortals get mowed down again and again and again, especially when their deaths are treated so painfully.

Ejiofor adds gravitas and elegance to any scene he’s in, and Kiki Layne builds on her star-making promise in IF BEALE STREET COULD TALK. The film even strikes a lovely endorsement for LGBTQ rights as two of the male immortals turn out to be long-time lovers as well. And Theron, lean and mean, manages to render a character not far from the steely “Man with No Name” character that Clint Eastwood played in all those Sergio Leone westerns. If John Wick ever gets a girlfriend, I hope she’s played by Theron.

THE OLD GUARD isn’t groundbreaking, and it doesn’t carry the Civil Rights mythos that the X-Men do, but as effective, well-executed, earnest action-adventures go, this one kills it. And boy, does it kill it, over and over again. 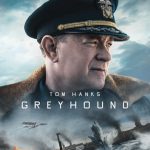 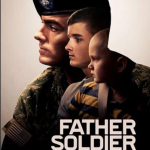