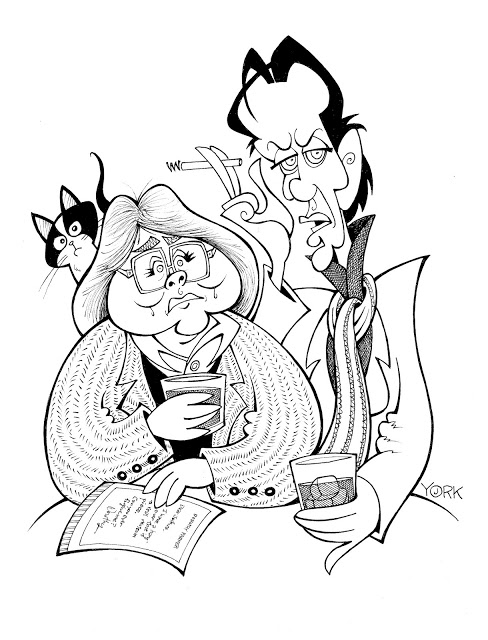 Rare is a film’s protagonist as unpleasant as Lee Israel is in CAN YOU EVER FORGIVE ME? In the new movie, based on her 2008 memoir, she’s not only a bitter, down-on-her-luck writer, but she’s also an alcoholic, a slob, and rash in action and temperament. Despite authoring numerous magazine articles and three well-received celebrity biographies in the 1970’s and 1980’s, by 1992 her surliness with agents and editors had doomed her ability to make a living. This film is a ‘portrait of an artist’ in its rawest form. It is an unflattering character study, yet also one of the most sympathetic too. Lee may be ten ways to awful, but her quest to matter is palpable, both as a writer and a human being.

As her savings dwindle, and the cost of living in New York goes up, Israel (Melissa McCarthy) cannot make ends meet. Her desire to write a biography about vaudeville star Fannie Brice is met with jeers by her agent (Jane Curtin). Israel’s attempts at office work have led to failure too, and when her aging cat takes ill, Israel sells off a personal note written to her by Katherine Hepburn to raise money for her beloved feline. The $200 she gets for it from a local bookseller is the easiest money Israel has ever made, and it turns on a light in her head. Realizing that collectors pay top dollar for such mementos, Israel is soon putting her literary knowledge to work to forge letters penned by famous celebs from yesteryear. She’s so good at getting into the mindset of the likes of Dorothy Parker, Cole Porter, and yes, even Fannie Brice, that her faked letters play as if they’re genuine. Suddenly, Israel is in demand.

She doesn’t care that it’s through illegal means, Israel loves being a beloved author once again. Scrapping her Brice bio, Israel turns all of her efforts to the art of forgery, and in her mind, it is an artform as well as a cash cow. She’s able to take care of her cat, live it up some, and fuel her drinking habit that is coming very close to being alcoholism. One afternoon, while getting soused, she becomes reacquainted with Jack Hock (Richard E. Grant), an old friend who happens to wander into Israel’s favorite bar to stoke his own alcoholic tendencies. Quicker than you can say, “barfly,” the two are thick as thieves, turning into drinking buddies and snarkily combating the cold, cruel world around them together.

Hock is a sketchy dandy, living off the streets, lying left and right, and acting the bon vivant even though he’s mostly a poseur. Israel accepts the aging gay man, deep faults and all, and he acts in kind. Soon, she clues him in on the secrets to her income, and in turn, he starts helping her in the ruse by selling forged documents too. They live a life of debauchery, amorally conning booksellers and collectors all over town. Even though what they’re doing is criminal, you can’t help but cheer them on as it’s the only light in the lives of these two terribly damaged people who’ve only known the anguish of life dumping on them daily.

The screenplay adaptation by Nicole Holofcener and Jeff Whitty never endorses their crimes, and always weaves in tension as each sale could be their last if they’re caught. The threat of arrest hangs over their lives as they keep conning the New York literary elite. Mostly though, the film celebrates in these two down-and-outers finding some joy in life. Both Israel and Hock are well past their prime and yet, the film argues, that doesn’t mean they should be disposable.

Director Marielle Heller does an excellent job of ensuring that their humanity is at stake more than their criminal lifestyles. Israel isn’t written out as a novelist, the powers that be have just rejected her art. What artist cannot relate to such horrors? Every writer, actor, or painter needs an advocate, and with her forgeries, Israel has all of Manhattan as her benefactors now, and she can’t let it go. Hock becomes her ersatz muse, and the whole story becomes a twist on what it takes to be an artist and how to persevere under all of the perils that inhibit the world of someone who creates for a living.

Both McCarthy and Grant do award-winning work here. McCarthy has always indicated the seriousness underneath her clowning, and she never shirks from the ugliness of Israel’s world, be it her dumpy clothes, atrocious housekeeping, or potty-mouth. The spark that McCarthy lets return to Israel’s eyes when she starts succeeding at her new art is contagious, and we want her to keep on pulling the wool over the literary world’s eyes. Grant is always great at acerbic wit onscreen, and here the actor colors all of his character’s bitter humor with loneliness and regret. They are moving and sad, yet never maudlin. It’s a deft balancing act, and both performers understand the difference between making characters sympathetic, rather than pitiable.

Their flaws as people will start to damage even their good times, and soon, hardships return and level them, but the film never turns into the tragedy that it could have. Even during the most tear-inducing scenes, Heller, et al. lace humor into the mix and keep it on the level of a dark comedy instead of a tragicomedy. CAN YOU EVER FORGIVE ME? shines a light on how inspiration can be so quickly vanquished by the limits of commerce, and how ruthless the powerful and wealthy can be in dismissing the “have-nots.” Israel found a way to matter, even though the world had thrown her to the ash heap. She may have turned to forgery to rise again, but at least she was gifted at it. She made an art form out of deception, and it took an artist to do so. 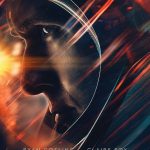 “FIRST MAN” SALUTES THE INCREDIBLY HARD WORK OF PUTTING A MAN ON THE MOONnon-illustrated, Review 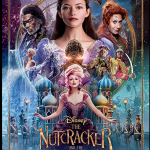 “THE NUTCRACKER AND THE FOUR REALMS” WILL CHARM KIDS MORE THAN ADULTSnon-illustrated, Review