It’s hard to believe, but The Establishing Shot is in its eighth year. Thank you to you, all my followers in some 27 countries, for caring what I think about the world of cinema. Some others do too, and that’s why I have some exciting news for you today.

I have just been hired by Creative Screenwriting magazine to be their film critic as they reboot online. (https://creativescreenwriting.com)

The magazine was founded in 1994 and quickly became an institution in the film community the world over. Now, it’s started up again, and I’ll be reviewing movies for them each week, along with some television shows as well.

I will still be writing my movie blog here, but now you can look forward to reading my reviews at my new gig too. Additionally, I will still continue to host the podcast PAGE 2 SCREEN for the International Screenwriters Association. (https://www.networkisa.org/modules/curious/channel_list/41/)

Thank you again for following me here, and I hope you’ll now subscribe to the magazine as well and read my reviews there too. 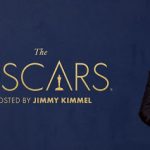 THE 2018 ACADEMY AWARDS TELECAST TOOK ON THE SHAPE OF SERIOUSNESSnews, non-illustrated, Review 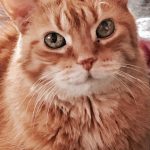 A TRIBUTE TO AGENT ORANGE, THE SWEETEST CAT WITH THE MOST UNUSUAL NAMEnews