In conclusion to a movie awards season that had become incredibly repetitious, this year’s Oscars barely deviated from what had gone before it. Most of the same winners were called. Diversity was highlighted over and over again in both the awards and the speeches. And the tone was more somber than raucous from years past. Host Jimmy Kimmel was somewhat subdued through most of the show, and other than a goofy visit to a sneak preview of the new movie A WRINKLE IN TIME in a nearby theater, most of his comedy was droll and fitting for a more sober year and time.

Too often in the past, the Oscars have strained to appeal to the lowest common denominators, but not tonight, give or take a hot dog cannon or two. Most of the banter was brief and on-point, and some of it was very clever. Particular kudos to Lupita Nyong’o and Kumail Nanjiani for their time onstage together. And whatever pep talk or warning the producers gave to the nominees about keeping their words short and meaningful, it managed to do the trick. Very few droned on by listing their team of talent agents or lawyers. How refreshingly human almost everyone seemed. (Stars, they’re just like us!)

Perhaps the Oscars were too political this year, but then again, so was the whole year that preceded the telecast. Still, it’s hard to knock all the mentions of diversity and activism in a year where so much of it made major news worldwide and was reflected in a lot of what the Academy nominated. It was sad to see Greta Gerwig’s LADY BIRD go home empty-handed, but she was lauded emphatically throughout the night onstage and in clip packages, so at least she was given her due.

It was an Oscars that didn’t do anything cringe-worthy, but nothing, in particular, was inspiring either. Still, any show that is as tight and cogent as this one should be applauded. I’ll take one like this over something unwieldy and amateurish any year. Some may have delighted in the Best Picture screw-up last year, but not me. That blunder was humiliating for the producers of LA LA LAND and robbed the makers of MOONLIGHT of their proper celebration onstage.

Some of the best moments of the show were these:

The beautiful blue gowns of Nicole Kidman and Jennifer Garner.

Gal Gadot’s infectious smile as she offered snacks to the audience at A WRINKLE IN TIME.

Rita Moreno presenting in the same dress she wore when she won her Best Supporting Actress Oscar for WEST SIDE STORY.~The acknowledgment of Daniela Vega when A FANTASTIC WOMAN won Best Foreign Language Film, as well as her presence onstage introducing the Best Song nominee from CALL ME BY YOUR NAME.

Tiffany Haddish and Maya Rudolph were utterly hilarious together. Perhaps they should host together next year. (NOTE: I didn’t include this in my original write-up because I missed it during its original airing. I was out of the room on the phone. Oops!)

James Ivory’s eloquence during his acceptance speech for Best Adapted Screenplay for CALL ME BY YOUR NAME and his Timothee Chalamet T-shirt underneath his tux.

The GET OUT victory for Best Original Screenplay and the standing ovation the audience gave to writer Jordan Peele.

Gary Oldman finally getting some Academy due.

The inspiring words about immigrants from Guillermo del Toro when he won Best Director and Best Picture.

By the way, for those who don’t know what McDormand meant by “inclusion rider” at the end of her acceptance speech, it is a clause in a contract requiring specific levels of diversity that may include pay equity/parity. (e.g., “If I do your movie, you will make sure that the crew is 50% women and/or minorities.”)

Here are the winners, in order, as they were presented on the telecast.

BEST DOCUMENTARY SHORT – “Heaven is a Traffic Jam on the 405”

BEST ADAPTED SCREENPLAY – “Call Me by Your Name”

BEST ORIGINAL SCREENPLAY – “Get Out”

BEST PICTURE – “The Shape of Water” 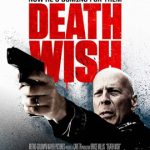 ELI ROTH’S “DEATH WISH” REMAKE IS JUST ANOTHER BRUCE WILLIS ACTIONER, AND A TONE-DEAF ONE AT THATnon-illustrated, Review 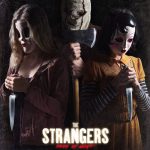 “THE STRANGERS: PREY AT NIGHT” IS HORROR SO LOATHSOME, IT’S ALMOST LAUGHABLEnon-illustrated, Review