Where are the great movie comedy teams today? Long gone are the days of Laurel & Hardy, Abbott & Costello, and Martin & Lewis. There have been some couplings that have brushed up against greatness like that, most notably Gene Wilder and Richard Pryor in the three movies they made together, but since then it’s been slim pickings. This is even more reason it’s such a pleasure to see Steve Coogan and Rob Brydon return for their third film in THE TRIP series. This time they’re heading to Spain to take in the scenery, the local cuisine, and indeed, the piss out of each other. And it makes THE TRIP TO SPAIN one of this summer’s funniest films, cementing Coogan and Brydon as the closest thing to a genius comedy duo working onscreen today.

THE TRIP TO SPAIN, following THE TRIP in 2010, and THE TRIP TO ITALY in 2014, is another road trip movie showcasing comics Coogan and Brydon as they make a gastronomical tour of a European country. The movie once again has been culled down from the episodic series of the same name that runs on the BBC, but like its predecessors, each film does more than just cull the highlights from the series. They hone and focus on the flavor of the country and its best restaurants, as well as what it is like to be a comic traveling with another comic. Filmmaker Michael Winterbottom has produced and directed the TV series, as well as the movies, and he knows how to showcase the countries and the comedians with equal relish.

Winterbottom has worked with Coogan many times before, most notably on the cinematic hit 24 HOUR PARTY PEOPLE back in 2002, so he knows the actor’s charisma and foibles intimately. Coogan is a gifted hyphenate: actor-writer-producer, most recently receiving all sorts of acclaim for PHILOMENA with Judi Dench. Coogan received Oscar nominations for producing the Best Picture nominee as well as writing it, and he won the BAFTA that same year for his adapted screenplay with Jeff Pope. Coogan is one of Britain’s brightest and biggest stars, a superb talent at farce, drama, romance, you name it. Yet, his actor’s insecurity impedes his enjoying such status and these films illuminate his struggle.

In THE TRIP TO SPAIN, Coogan is bigger and better than he’s ever been, but it doesn’t make him any happier. The man looks amazingly fit at 52, and he’s riding the wave of worldwide acclaim for PHILOMENA. Yet he’s still perturbed by every slight directed at him, whether it’s from travel mate Brydon who knows just how to needle him, albeit with a certain affection, or the hiccups along their journey together. When he finds out that the studio he’s hoping will greenlight his latest script decides to bring in another screenwriter to give it a polish, the air lets out of Coogan’s metaphorical tires. He’s been in show biz long enough to know the game, but he still feels every prick from the pricks running Tinsel Town. It casts a shadow over the trip, even though almost every scene in Spain is sunny and gorgeous.

Coogan’s inability to roll with the punches has been a central theme of all three movies in THE TRIP franchise, and his pain is our pleasure. Watching this grouchy wit grumble about his plight is hysterical, even more so because he must face his shame with the ever-competitive Brydon right by his side. Coogan overcompensates for his worries by dropping his PHILOMENA acclaim into many a conversation, but it’s not lost on Brydon. He serves as Coogan’s frenemy and Greek chorus, calling him out on the name dropping. Yet, Coogan likes his foil enough to share some of his innermost secrets, like the fact that he’s having an affair with a married woman. Brydon is sympathetic and even sage in his advising of his friend. And even though Coogan may be dour, misanthropic and occasionally self-destructive, it’s fascinating to watch him both need and reject Brydon. Navigating Coogan’s ego is a minefield for both men, but it’s funny as hell too.

Brydon is the one who’s more of a sensualist, enjoying the luxury of their hotels and meals. Even as Coogan keeps everything at arms’ length, including the succulent feasts, Brydon sees it mostly as a gift. He’s definitely a “glass is half full” type, whereas his companion is the opposite. Such crucial differences give these movies a philosophical aura, as the debate seems to be how to enjoy such trips. And with each film, Brydon is becoming more and more of Coogan’s guardian angel, a man trying to lighten his dyspeptic soul.

Brydon happens to be one of Britain’s shiniest stars as well and he loves clowning and being on. If he has any fault as blatant as Coogan’s misanthropy, it’s that Brydon seems to be unable to ever turn off his need to perform. Coogan desires moments where he can sit and brood in silence, but those moments seem to frighten Brydon as he feels compelled to fill them with bits and jokes.

And what he brings to the table is hilarious. Brydon is a brilliant mimic, as well as an ace at accents, and watching him perform is a pleasure. However, he pushes too far and then he grates like a car alarm that won’t stop. Brydon has a natural warmth and wit and doesn’t need to strive so hard to impress. It would seem that Brydon feels the need to literally and figuratively sing for his supper, but having him along for these trips makes them truly fun for even the dour Coogan.

Of course, at his core, Coogan wants to entertain and be adored by audiences just as much as his friend does. That makes this duo truly two peas in a pod. Watching them compete for who can be the funniest and make the other laugh hardest is a lot of fun, but also a bit cringeworthy. Actors are awesome…up until they treat normal life as their stage and their friends as unwitting audiences. Coogan and Brydon push so hard that sometimes their attempts at impressing the other borders on bullying. They’re still boys trying to one-up each other at jacks on the playground.

The funniest bit in THE TRIP TO SPIN occurs when the late Roger Moore comes up in conversation and both Coogan and Brydon try to educate the other on the proper way to imitate the actor. They both do a killer impersonation of the man who played 007 in seven films, but their impressions go on and on and on as they try to beat the other’s take. The Moore bit then becomes a running gag in this film, just as their imitations of Michael Caine and Al Pacino did so in previous trips. Even when the guys are dining with two female industry peers, they can’t help but let their competitive urges get the best of them. Brydon even continues to do Moore when less attention is being paid by the others at the dinner table.

Brydon shouldn’t be as insecure, considering he’s got a grounded home life. We see his lovely house, loving wife and adorable young children. Still, Brydon wants more. He not only wants to be Ricky Gervais, a British comic fielding more offers than one can shake a schtick at, but it seems he wants to be Coogan. Thus, Coogan lords his superior resume over Brydon, boasting of his numerous BAFTA’s. Still, Coogan isn’t happy being Coogan. He seems to want to be someone like Steve Martin, a comic recognized equally for his range as an actor, writer, and producer. At the very least, the acclaimed talent can’t stomach a studio hack rewriting his material, certainly not after Oscar’s recognition. Still, the greatest threat to both Coogan and Brydon is their own egos. The insecurities of these clowns crying on the inside are tragic in their way, but also very amusing. It’s wonderful to have these films showcase such struggles.

Even when they dress up as Don Quixote and his sidekick Sancho Panza for a Spanish PR magazine article, with Coogan taking the more prominent role, of course, his frustration fills the screen. Coogan is a crank about it all, even while Brydon enjoys getting to be in the spotlight with him. Celebrity is indeed a windmill, and it taunts Coogan while lifting Brydon.

Winterbottom clearly loves them both, though he’s more than willing to show their dark sides. What provides a counterpoint to it is, of course, the gorgeous settings and the exquisite culinary art on display. Truly, these movies are a feast for the eyes and for the funny bones. And in a summer with too many sequels, prequels, and reboots that haven’t connected with audiences, this is one franchise that continually delivers. The only question is “Where to next for Coogan and Brydon?” The USA, particularly a restaurant tour of Hollywood, would seem like a natural for two such hungry talents. 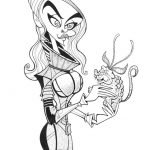 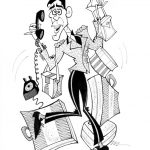