Edgar Wright is one of our best filmmakers and the trailer for his latest movie LAST NIGHT IN SOHO was a stunner. The preview teased a slick, horror tale involving time travel, the fashion world, and both modern and 1960s London. Indeed, all those vivid elements are present in the film, not to mention two performances that dazzle. One is by Anya Taylor-Joy, continuing her ascent after THE QUEEN’S GAMBIT, and the other is from the late, great, Dame Diana Rigg. Yet, even with all that, the film isn’t all that good. It’s inconsistent in tone, the internal logic is muddled, and the story gets hampered by an overwrought protagonist.

Heroine Eloise (Thomasin McKenzie) starts out admirable enough. She’s a sweet, small-town girl, full of talent, and ready to make her mark at a London fashion school in the heart of Piccadilly Circus. The first scenes showcase Ellie as sly and savvy, shutting down a churlish cabbie and holding her own against a couple of ‘Mean Girl’ classmates. She’s even bold enough to find her own apartment, rooming in the house of a wry landlady played by Rigg. The casting of Rigg is a clever, ironic touch given that Ellie will soon “time travel” to the cool London of the 60s, a time period Rigg personified as Emma Peel in THE AVENGERS.

Wright is nothing if not witty in such choices, and his puckish sense of humor is always a big part of his films. LAST NIGHT IN SOHO is chock full of Wright’s cleverness, from its visual motifs to the music on its soundtrack to Joy’s party girl looks as Sandie. (She resembles one of Austin Power’s fembots.) For a while, such charms buoy the film as Ellie starts to have visions of Sandie and her life in 60s Soho. In one dreamlike trance after another, Ellie follows Sandie from club to club at night, reveling in the woman’s hipster lifestyle.

But why is Ellie seeing her so vividly? Is Sandie a vision, a dream, or perhaps a ghost? No matter, Ellie becomes obsessed and starts blowing off school, her part-time bartending job, and friends to follow the visions of Sandie. But then, the film takes several wrong turns that start to dampen the fun. Sandie’s boyfriend Jack (Matt Smith), also seen in Ellie’s visions, turns into a vicious pimp who frequently whacks Sandie about and such moments ruin the fun. Worse yet, Ellie starts acting like a lunatic, freaking out repeatedly during her revelatory vision, running from scene to scene acting like a tweaked cat.

McKenzie is one of our better young actresses working today, but she doesn’t know how to inject fun into such a frenetic character. Her Ellie becomes manic and shrill. McKenzie showed great comic flair in JOJO RABBIT, but here, she doesn’t seem to be in on the fun.

Wright also doesn’t play fair with the internal logic of his supernatural world. Ellie’s visions start to reveal a torrent of vicious ghosts, but being clairvoyant doesn’t mean you start interacting with homicidal poltergeists. Ellie’s connections with the past start to get muddied, confusing who is who and what is what. Soon enough, the ghosts are attacking Ellie everywhere, and the film turns incredibly bloody and violent. What started out as playful fun becomes an exercise in blood and guts.

Wright has dazzled so many times before, with high watermarks including SCOTT PILGRIM VS. THE WORLD and BABY DRIVER. But this film becomes way too mean, too vicious, and even preachy. (Its attempts at speaking to rape culture and the #MeToo movement seem far too forced.) For a film ostensibly obsessed with fashion and beauty, things get ugly really fast. And things never recover, even though a forced, completely wrong happy ending gets tacked on at the end. Sadly, even a fully-committed Rigg can’t save a film that can’t commit to what it wants to be. 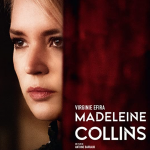 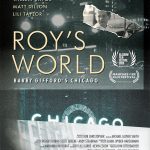