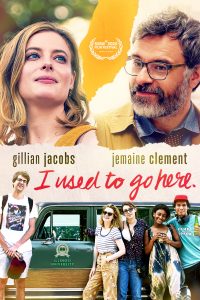 Vaulted author Thomas Wolfe famously wrote You Can’t Go Home Again but cinema seems to absolutely adore stories about people who try. In I USED TO GO HERE, the naif who thinks she can reclaim past glory is a 35-year-old writer named Kate (Gillian Jacobs). Her life is unraveling so she returns to her alma mater, hoping to find some sort of solace there to soothe her savaged ego. The stunted adult who needs to grow up is a familiar trope to even the casual filmgoer, explored in everything from  GROUNDHOG DAY or BRIDESMAIDS, and while writer/director Kris Rey hasn’t made a gem quite as extraordinary, her new film nonetheless shines very brightly.

As the story starts, novelist Kate has had her first book published but it’s bombing in the marketplace. So much so that her literary agents have canceled the publicity tour for the tome. Kate’s already in the doldrums, having recently broken off an engagement, and this setback crushes her fragile ego. Feeling alone and more than a little desperate, she heads to her alma mater to give a book reading there, thinking that her return as a minor celebrity will kickstart her confidence.

Kate is a self-saboteur however, finding fault in almost every situation and taking self-deprecation to extremes. When college folk at the University of Illinois – Carbondale compliment her on her book, she’s far too quick to trash its less than stellar jacket art. Put up at a bed & breakfast, Kate openly bemoans that it’s not an Airbnb. Sure, she may throw her bitter asides away with aplomb, but her negative vibe rubs everyone the wrong way. Even her back-home preggo sister Laura (Zoe Chao) is exasperated as she haplessly tries to cajole her into a good place.

As an actress, Jacobs is wise to not play Kate too disgruntled, though there is a bit of a Larry David feel to her holier-than-thou misanthrope.  Kate is quite unlikeable at times, rolling her eyes, snidely commenting on the minutiae around her, and openly pining for the now married professor (Jemaine Clement) she crushed on back in the day. She’s even a pickled pill when it comes to guiding  students like April (Hannah Marks) coming to her for advice. Her wisdom is doled out with healthy dashes of acrimony.

But just when one might think that the film might be zigging Kate towards an affair with her prof or ultimately becoming besties with sexpot April, the story nicely zags. Kate ends up becoming friends with a mix of students instead that she meets at the house she used to live on campus. She bonds with them through a series of casual adventures that change her for the better (of course) and keep the movie from ever feeling stale.

Along the way, Rey has a field day directing the talented cast she’s put together to play the host of quirky characters she’s written. Relative newcomers Brandon Daley, Rammel Chan, Josh Wiggins, Khloe Janel, and Forrest Goodluck all graduate with comedic honors as they play the students that Kate befriends.

Clement is hilariously droll as you’d expect, sometimes getting huge laughs just standing there staring at a dingaling student. Jorma Taccone stands out too in a couple of hilarious scenes as well. He’s also given the most outrageous line in Rey’s script, an admission about self-pleasure that is a jaw-dropper. Taccone is on a roll this summer, as he and his Lonely Island cohorts Andy Samberg and Akiva Shaffer helped produce this sharp film opening on VOD today, as well as Max Barbakow’s hit comedy film PALM SPRINGS that dropped on Hulu subscribers last month.

Jacobs’ sly performance is mostly a reactive one and she’s expert at conveying so much with how she holds her curt mouth or nonplussed eyelids. There’s a touch of menace in those eyes of hers too – she could almost be Emma Stone’s bitter sister.  Despite Kate’s grievances, Jacobs makes us care for her as she earns her degree from the school of hard knocks. Back-to-school comedies are nothing new on the big or small screen, but thanks to Rey, Jacobs, and a fresh and funny cast, I USED TO GO HERE manages to make “old school” feel surprisingly new. 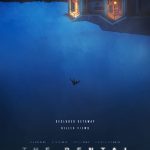 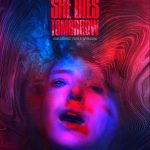