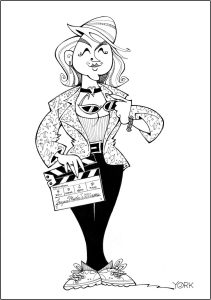 Even if you’ve never met filmmaker Layne Marie Williams, you can feel her unbridled enthusiasm in every frame of the short films she’s made. The multi-hyphenate – writer, director, producer, actress, even voice-over – loves cinema and it shows in the passion, care, and craft she infuses into her work. You can also tell that she has a broad appreciation for the many ways to tell stories on screen, as the short films she’s created in her career so far are vast and varied. She’s done music videos, commercials, and a handful of short films that run the gamut from musical fantasy to unsettling science fiction. I’ve been fortunate to see a number of her short films which are making a splash at film festivals throughout the nation. And despite their abbreviated length, they’re making a big impression, winning awards and getting her opportunities in Hollywood.

Three of her shorts are currently making the circuit and they perfectly encapsulate her range and talent.

Early in this short produced by the production company Women of the Now, the character of Scutly, a senior man who drifts in and out of fantasy, describes three teen volunteer caregivers at the nursing home as “a boisterous bunch.” Indeed, these girls, who have an 80’s Cyndi Lauper-vibe in attitude and wardrobe, just wanna have fun. The three Pastel Girls, as Icicle, Roz, and Lou call themselves, are out to make the world a happier place. Thus, they visit the Matour Home regularly to try and do some good. Their attempts to engage the seniors in fun and games turn into a virtual music video a few minutes into the short, yet their youthful merriment somehow remains lost on the Matour seniors. (Mature, get it?)

Soon enough though, the three free-spirits ((Eliza Helm, Deanalis Resto, and Jasmine S. Sims) descend upon Scutly in his room where he’s holed up with Snip Snap, his support animal. They recognize a fellow eccentric (“You’re old and fashionable!”) and soon enough, the four are dancing together, playing dress-up, and sharing stories. Scutly opens up about his lost love, a young woman who appears to him as a spirit. Is it truly an apparition or a figment of his imagination, fallout from his battle with Alzheimer’s? When his flashbacks show two women kissing, with him nowhere in the picture, it brings a smile to his face nonetheless. Maybe his mind cast someone else in that memory, but he certainly is enjoying it, as are the Pastel Girls. 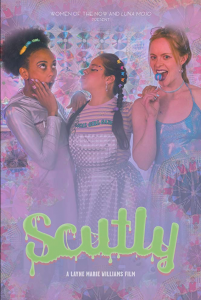 Part of what makes this story fun, written by Williams and fellow screenwriter Laura Day, is its willingness to turn the whole shebang into one big party. Everything is part of the fun, even Scutly’s unreliable memory. Its vivid, over-the-top lunacy on all sides, a veritable concoction of MTV, the Marx Brothers, Sailor Moon, and the Monkees. It’s all supremely silly, but that’s the point as it argues that there’s no time like the present to have some more fun. It starts by watching this short!

Williams’ short entitled GOLDEN VOICES, produced through the production company Gold Point Studio, is one that couldn’t be further from the farcical nature of SCUTLY. Working off of an insinuating script by Zack Sievers, Williams brings a sense of foreboding and mystery to every frame of this sci-fi tale. If SCUTLY was brazenly in-your-face, this one draws you in with subtler means. It’s marked by what it doesn’t show as much as what it does.

Radha Laburnum (Kalika Rose) is a radio show host specializing in traveling across the nation in her RV/recording studio in search of paranormal phenomena. As she travels into the boonies of Indiana, Radha is in search of gold – a story that will bring her notoriety in the radio world. In farm country, she discovers locals who testify to being haunted by ghostly voices. All of them seem to be of a similar mindset, speaking in warning tones, as well as of strange voices talking about “finding gold.” Radha sets out to discover what it all means, and soon, each step she will take will be fraught with danger. 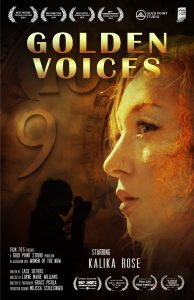 Her interview with a couple of store clerks, as well as a wide-eyed, mysterious little boy, suggests that the voices are not friendly. Radha though, fancies herself a maverick, sort of a modern-day Kolchak the Night Stalker, so she brazenly forges on. Using her own recording device, Radha is able to record the voices in the trees and attempts to decipher the messages that speak hauntingly of remembrances and death. Are these otherworldly messages a cryptic warning? She asks her listeners, “Are the voices cautioning us? Accusing us?” Cheekily, Gold Point Studio editor and VFX artist Grace Pisula displays the subtitles translating the ghostly mutterings in undulating type. It’s both clever and evocative.

Using dissolves, fading to black, and double-exposure shots, the film turns Radha’s exploration into a dream-state. Are her thoughts coming to her while asleep or in her waking life? She imagines fields of dead corn, Tibetan monks, the townsfolk, even an image of a pedestrian about to get run down. The overlapping voices, eerie music, and ominous sound design put us squarely in the middle of Radha’s confusion. And it’s an uncomfortable place to be.

Williams plays coy in the remainder of the short, being sure to not give away too much. The conclusion may seem muddy, but I think the filmmaker tells us exactly what’s going on in a quick shot or two in the montage. No matter, it’s an unsettling short, one that suggests that all of life’s mysteries may not have answers, no matter how hard we want them. We, like Radha, are likely left remaining in the dark.

(Of note…GOLDEN VOICES was expressly created to be a part of the Indiana Film Race Competition and ended up winning the competition. Bravo, Layne Marie and Gold Point!)

In this fever dream of a film, Williams makes a study of how women view themselves, particularly in a world expecting them to be constantly beautiful and sexual. The tractate of the title refers to a treatise, a paper written formally and systematically about a subject, and indeed, Williams is doing that here. In her cacophony of images, the director showcases a young woman named Hummer in search of herself. Played with unblinking intensity by Campbell O’Hare, the young woman wanders around a city, inundated by mirrors, the selling of sex, and all kinds of notions of femininity hoisted upon her. 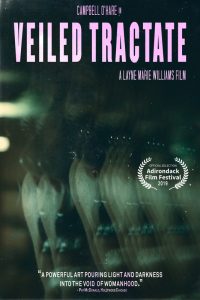 Hummer scribbles phrases upon a headless mannequin, words like “incognito” and “turbulent nymphette.” As Hummer crosses them out, so does Williams, eschewing such nonsensical stances. And while Hummer’s lack of joy is palpable, there is still energy and bravado in Williams’ images and sound that again, showcase her love of telling stories, no matter their tone. This short is beautiful in its potency even if most of the images are utterly disturbing.

If you go to Williams’ website (LayneMarieWilliams.com) you’ll find previews of her shorts, including music videos and commercials she’s shot. Her video for Gracie Martin and the So Beautifuls is a particularly arresting one. Her portfolio portrays a filmmaker who loves telling stories with all the tools at her disposal, including animation, title design, and a plethora of sound effects. There’s a kid in a candy store quality to her enthusiasm, as she samples all sorts of ways to be heard. Hers is very exciting work and I’m sure more and more audiences will be seeing it very, very soon. 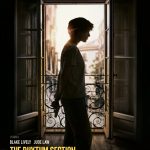 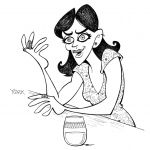 ABBY PIERCE HOLDS THE SPOTLIGHT IN “GO AHEAD, GRAB TIME BY THE THROAT”illustrated, news, Review