There is a surprising sunniness evident throughout THE FURNACE, the new movie about a handicapped long-distance runner facing the toughest race of her life. It permeates writer/director Darrell Roodt’s film in everything from the golden glow of its cinematography to the narrator’s warm, reassuring voice-over. It’s a shrewd maneuver, cloaking a story about death and physical suffering in earnest optimism. And yet, it works, spectacularly, making for one of the most inspiring motion pictures this year.

THE FURNACE is the nickname for a grueling, week-long foot race across the wilds of the African bush in this fictional story, inspired by true events, and it becomes the main focus of central character Mary Harris (Jamie Bernadette). She’s not only an avid runner, itching for such a challenge, but the race might be the only way for her to rise out of her deep depression. She’s been demoralized since her new husband Matt perished in a freak car accident at Christmas, one that gravely injured her as well, leaving her with just one lung. Mary now struggles to breathe, using a respirator and oxygen tank to aid her intake. She also has eschewed God, blaming him for taking her husband from her.

The race is a way to honor Matt too, as the young couple planned to run it together. Mary even clings to the special running shoe he bought for her as the last vestige of her connection to her husband. Ultimately, the race is more than just a symbol of her marriage like that shoe; it’s a journey back to her better, healthier self.

THE FURNACE, written by Roodt and co-screenwriter P.G. de Jonge, is a salvation story, as well as an underdog tale, but there’s artistry here seldom seen in such material. For starters, the film’s script is very clever, mixing up timelines, reveals, flashbacks, and fantasies, to keep the viewers on their toes. This is not a typical A to B narrative and the sophistication of the writing is apparent in every scene.

Next, the cinematography is gorgeous and looks like the movie costs ten times what it likely did. The sumptuousness of it all is particularly evident in the multitude of outdoor location scenes. Cinematographer Justus de Jager has created some of the most stunning tableaus in any film of 2019. The editing, score, and sound design are superior attributes here as well.

Still, as good as all those production values are, this type of film sinks or swims depending on how well the underdog role is pulled off. In Jamie Bernadette, Roodt has hit pay dirt. She makes Mary a winner long before she participates in that challenging race. Bernadette creates a complex protagonist, one that’s developed much deeper than most such characters. Her Mary is wry, honest, sexy, soulful, and scarily steely when she has to be. Those dark, glaring eyes come in particularly handy when she needs to face down some wild animals along the race path, and stare them down she does.

Bernadette has gained a stellar reputation in Hollywood as the go-to-girl in the horror genre. She’s done excellent work in many a frightener, including I SPIT ON YOUR GRAVE: DEJA VU this past spring. Bernadette always gives 100% to such material, making audiences believe every second of sheer hell she’s going through. Here, her Mary goes through hell and more, and Bernadette does a masterful job conveying all the physical demands her character faces. Yet, just as compelling is how the actress conveys her character’s growing confidence, as well as the pluck and wit she employs to confront adversity. She’s a fascinating woman; no wonder the cemetery gravedigger (Luthuli Dlamini) can’t help but be drawn to her when he happens upon her visiting her husband’s grave.

Coffin, as he cleverly asks Mary to call him, has his own tragic story as well. The African transplant lost his entire family to a civil war back in his country, but the wise sage remains an optimist nonetheless. Coffin even accepts that his MD license doesn’t translate in America, leaving him stuck in the menial labor job at the cemetery. His upbeat attitude inspires Mary all the more to run the Furnace, and soon, she’s employing him as her coach and muse.

The film could’ve spent a lot of time showing Coffin guide Mary in building up her strength and stamina, but filmmaker Roodt wisely truncates such scenes. Even after Mary lands in the hospital, exhausted from a small race in her hometown, Roodt doesn’t spend much time milking the pathos. Instead, he moves the narrative along briskly, getting Mary and Coffin together in Africa and ready to run by the 30-minute mark.

Here is where Roodt spends the rest of the film and pulls out all the stops with his creative team. Everything is shot on location, there are no recognizable green-screen effects, and that’s really Bernadette running over hill and dale, doing a ton of stunt work. Indeed, she interacts with the wildlife along the way in one scene after another that will leave audiences, dare I say, breathless.

The landscapes are lush, lit naturally, and Roodt smartly highlights Mary’s appreciation of her surroundings as she runs too. (The giddy expression on Bernadette’s face as Mary gawks in awe at a cluster of zebras is adorable.) Meanwhile, Coffin follows her journey, tagging along with track officials, to meet her at the markers during the lengthy race.

Dlamini is the warm narrator that starts off the film, and he continues to provide a sort of play-by-play for us of the highlights of Mary’s journey. His baritone has a Morgan Freeman type of gravitas to it, and he works wonders with a line, even when they tend towards being on-the-nose. (‘Sorrow looks back. Worry looks around. And faith looks up.”) But more often than not, Roodt relies on the actions of his actors, not their words, to tell the story.

One of Bernadette’s best physical bits is when Mary is stung by a scorpion and starts to hallucinate. Mary frets and stumbles around, discombobulated, yet trying to gain back control over her mind and body. She even ends up carrying on a conversation with herself, just this side of delusional, as if she’s confiding with a girlfriend at a bar. It could’ve played as silly. Instead, the accomplished actress makes her character’s plight incredibly touching.

Because this is a salvation story, there’s a lot of discussion of God and faith throughout, particularly with a true believer Mary meets at the race, played by an insinuating Laura Linn. This fellow runner will help Mary realize, along with the spiritually-driven Coffin, that such a journey requires faith in God as well as herself. Sometimes the moralizing can get a little heavy-handed, but by and large, it lands. Still, an over-the-top visual towards the end probably goes a smidge too far, but damn if it didn’t give me goosebumps anyway.

THE FURNACE inspires, not only with its message about faith but in how impressively this modest feature delivers the goods. This film, opening October 15th in select theaters and on VOD, is shot with verve and performed with passion, its heart unabashedly on its sleeve. I can think of no better place for it to be worn. 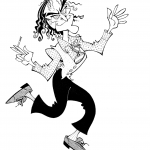 JOKER GETS THE LAST LAUGH WITH A RECORD OCTOBER OPEN OF $94 MILLION DOMESTICillustrated, news 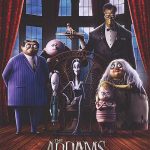 THE NEW CARTOON “THE ADDAMS FAMILY” DOES THE PROPERTY PROUD IN A SNAP-SNAPnon-illustrated, Review