The controversial take on the clown prince of crime proved that polarization doesn’t necessarily hinder box office receipts. Indeed, Todd Phillips’ JOKER may have been too intriguing for even those fearing the worst with what he’d done with the Batman villain’s origins story. Though the film at present is resting at a 69% (certified fresh) rating at RottenTomatoes.com, it brokes all kinds of box office records for autumn, including a $234 million worldwide take and a heartily endorsing Cinemascore of B+.


I, myself, gave it a very positive review at Creative Screenwriting, and I urge you to read it there as it evaluates why this take is so dark and what such themes of psychopathy and society play in making men into monsters. In many respects, its origin story is closer to that of Charles Manson or Richard Ramirez, more than previous takes on the mobster whose permanent grin was forged by an unfortunate drop into a vat of chemicals.


JOKER won Best Film at the Venice Film Festival a few weeks back, and Empire magazine, the UK’s top film magazine, named it the best film of the year too. We’ll see how the critics and Oscar feel about it in the next few months, but suffice it to say, the film is causing a stir. Additionally, Joaquin Phoenix’s intensely riveting performance is sure to be an awards contender. His portrayal of the lost soul in JOKER, driven to depression, despair, and violence, could almost be part of a loneliness triptych shared with his work in THE MASTER (2012) and HER (2013).


As I often do with films I admire, I caricatured Phoenix in this now seminal role as you can see in the illustration that accompanies this article. If you see JOKER, don’t hesitate to share your comments here, good or bad. It may be a polarizing film but it’s certainly got cinema fans talking and tweeting! 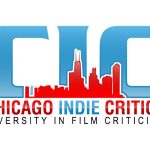 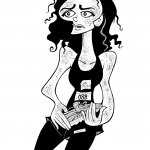 “THE FURNACE” IS A FIERCE AND INSPIRING TALE ABOUT KEEPING THE FAITHillustrated, Review