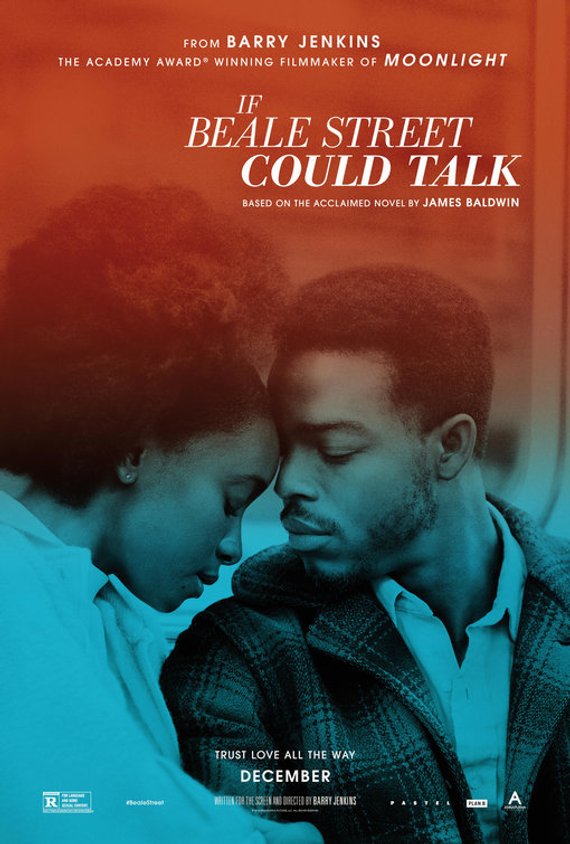 One of the first rules of screenwriting is, “Show, don’t tell.” However, when you’re adapting author James Baldwin’s marvelous novel IF BEALE STREET COULD TALK for the screen, an exception has to be made. Baldwin’s writing is so sublime that to ignore his way with words would rob the story of too much of what made it so special – the exquisite descriptions, the intimacy in tone, as well as his candid, political POV. Keeping the first-person narrative of the main character Tish Rivers (Kiki Layne) not only keeps much of Baldwin’s prose intact, but it allows us to understand the innermost feeling of this shy and reserved character who would never utter so much out loud. Additionally, Baldwin’s story is presented as a memory where the past is informed by what time and distance brings to the reflection upon it. All those reasons make the adaptation by writer/director Barry Jenkins of the very best screenplays of 2018, and easily one of the year’s most compelling films.

Tish is only 19 as the film begins, but she is already in love with Fonny Hunt (Stephan James), her best friend from childhood. He is 23 and a struggling artist, working dead-end jobs to make something more of himself. The two have remained close since preschool, and now that they’re adults, they both realize that they’re attracted to each other physically as well.

Throughout the scenes of their relationship, the couple is bathed in rich, warm tones to make their love affair appear utterly idyllic. Enhancing these visuals is intentional since they are Tish’s memory of those early days together and she now cherishes each fleeting moment as a highlight of her life. Jenkins’ cinematographer James Laxton creates one glorious shot after another portraying their loving courtship, but because it’s so ideally presented, we know that soon the world will interfere with them and turn that relationship from a dream into a nightmare.

Indeed, not long after, Tish and Fonny face their first substantial obstacle – an unexpected pregnancy. Together, they realize that they want the baby, but they fear that their parents will have a far more negative reaction. As Tish enters her parents’ home to break the news, she can barely look her mom, dad, or sister in the eye. Susan and Joseph Hunt (Regina King and Colman Domingo) are surprised for sure, but their shock quickly turns into unshakable love and support. Even Tish’s politically ‘woke’ adult sister Ernestine (Teyonah Parris) is thrilled about it, as she brazenly instructs her, “Unbow your head, sister!”

Just as Tish is starting to feel safe and secure in her decision to keep the child and move towards an early marriage date, Fonny’s mother (Aunajanue Ellis) comes by and has a very different reaction to the news. She’s a stern religious woman, and her negative feedback humiliates Tish, serving as the first warning to the young woman that the world will not be kind to her. Navigating the hatred, that will become the real crucible for Tish. At every turn, she will find that her idealism is challenged by racism, sexism, and even ageism as she is so young. Society doesn’t cut a lot of breaks for unwed, black teen mothers either, as Tish already fears.

Soon, Tish and Fonny are battling a multitude of issues, from struggling to make ends meet, from struggling to make ends meet to the unfair housing practices in New York City. The couple manages to catch a rare break when a young Jewish realtor (David Franco) gives them a deal on an apartment because he admires young love. It will be small compensation to the rest of what they experience together.

One day, while shopping in the marketplace, an oafish man starts flirting with Tish, and his come-on escalates into assault. Fonny wholly explodes with rage at the incident and begins beating up the creep, only to have a racist cop (Ed Skrein) enter the scene and threaten to put Fonny in jail. An interceding shop owner helps the young black man escape his potential arrest, but the policeman vows to keep on the lookout for him.

Soon, the policeman will make good on his threat, arresting Fonny for the rape of a young Hispanic woman (Emily Rios) that he couldn’t possibly have performed. He’s jailed, and the young couple’s idyllic love story is irreparably shattered. As Baldwin wrote in Tish’s narration, “I hope that nobody has ever had to look at anybody they love through glass.”

These are the basic story points of IF BEALE STREET COULD TALK, but nothing about this film is basic at all. The order of scenes fluctuates, rarely in an “A to B to C” way, with the story’s narrative jumping around just as memories do. And while telling this twisting and emotional tale, Jenkins plays with form masterfully, juxtaposing shots of exquisite beauty right up against tragic ones. Such direction ensures that we never quite know what’s coming next, and it keeps us off our guard throughout, just as the couple is discombobulated with every turn of their turmoil.

Even though their hardships build quickly, Tish and Fonny try to remain steadfast in their love and keep hope alive. Thankfully Tish’s parents remain committed to her and Fonny, showcasing a family undeterred as they can be by grave injustices and hardship. Joseph works with Fonny’s dad (Michael Beach) to help give the couple money to keep up the battle in court, and Sharon even makes a trip to Puerto Rico, where the rape victim has returned. Sharon finds out just how the woman was told to finger Fonny, and the mother desperately tries to persuade her to come clean, but it doesn’t go well.

Such moments are devastating and imbued with cool hues of green and grey to match the awful events. But then Jenkins follows them with more idealized memories, and the changes in the cinematography are startling. He’s doing so to echo the way Baldwin wrote and showcase the author’s intrepid belief in humanity, no matter how ugly the world turns. Even in the face of the very worst, Tish and Fonny keep searching for the light. So did Baldwin, and so does Jenkins, and the cinematography does a superb job of representing that hope.

Joi McMillon and Nat Sanders’ editing keeps us constantly leaning forward in our seats, never sure of what we will see next, and in what order. Nicholas Britell’s moody jazz score also moves back and forth in moods, one moment being buoyant, the next melancholy. Even the costuming and production values play in the duality. The family homes are warm and cozy; the outside world is often sparse and dilapidated. Even the duality of appearance is presented as a theme, particularly in one scene where Susan debates within herself whether or not she should wear a wig to go out versus being seen with her natural look. How the black world is observed by the white world is a constant sticking point.

Jenkins draws superb work out of his entire cast, particularly Layne and King. The director shows a masterful sense of orchestrating all the elements of his film, as assured as he was with his Oscar-winning MOONLIGHT. And in a year that’s already been such a banner one for films dramatizing the American black experience (BLACKKKLANSMAN, SORRY TO BOTHER YOU, THE HATE U GIVE, BLINDSPOTTING, GREEN BOOK), his exhilarating and compelling film may top them all. He uses his platform to argue for justice, humanity and keeping the faith no matter how gruesome the circumstances. IF BEALE STREET COULD TALK is an extraordinary film with so much to say about our past and our future and a society that hasn’t learned its lessons all that well. Beale Street is telling us the truth, but will we listen? 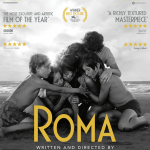 “ROMA” IS A GORGEOUS AND HAUNTING TALE OF THE WORKING CLASSnon-illustrated, Review 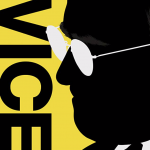 THE DARK COMEDY IN “VICE” ISN’T AS DARK AS ITS CENTRAL CHARACTER DICK CHENEYnon-illustrated, Review