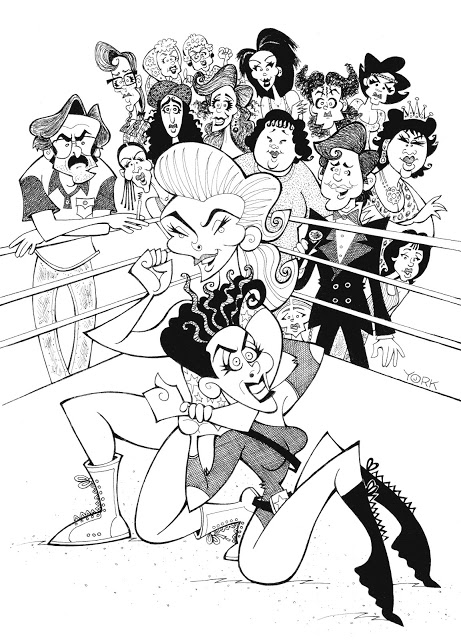 On the surface, the first season of Netflix’s hit comedy GLOW was about the start of a women’s wrestling TV show in the 1980’s, but in actuality, it was all about the struggles of actresses. Lead character Ruth Wilder (Alison Brie) was such a ‘starving artist’ that she briefly considered the world of porn to make a living before the wrestling opportunity came along. Like her, most of the women who showed up to audition to become one of the Glamorous Ladies of Wrestling were thespians with pitiful resumes. They reluctantly signed on to the show because it was all they could find, and while the new work may have been utterly exploitative, at least they were starring in something.

The second season that just dropped on Netflix June 29 is still about the actresses trying to make a decent living, but the theme this year isn’t employment, it’s empowerment. The women of GLOW are now settled well into their jobs, but what they want now is more respect. That means better pay and a say in the program they put on the air. The women are all “woke” now, and there is no turning back for any of them. They’ve learned to fight in the ring, and now they’re fighting for better lives outside it. It’s as if all that glitter and hairspray they wear is their version of the “pussy hats” that protestors wore to the various marches these past two years. Indeed, this may be a period piece, but it has a lot to say about current women’s issues including #MeToo and #TimesUp.

In fact, despite its 1980’s setting, this show is really all about today in so many ways. The concerns of the female characters in GLOW are the same as in this decade – equal pay, work/life balance, upper mobility, and a say in management. These issues are reflected primarily in the show’s two main characters – Ruth and Debbie Eagen (Betty Gilpin). As the second season starts, Ruth is enjoying her success as the breakout villain on the show, a snide Russkie named “Zoya the Destroya” she created on her own. Still, there’s a lot more creativity than that just bursting to explode. She has sharp ideas on how to improve the wrestling show’s storyline, as well as enhance its marketing campaign. Her ambition threatens showrunner Sam Sylvia (Marc Maron), but by midseason, he starts to be swayed by her talents. The curmudgeon even finds himself attracted to her. In one of the better moves of the series, it’s her talents that lure him in, not how comely she looks in a leotard.

Meanwhile, ex-soap star Debbie, AKA “Liberty Belle” in the ring, feels that her marquee value is worth a producer’s credit. Thus, she boldly negotiates her own contract and forces herself into the management of the show alongside Sam and financial backer Bash Howard (Chris Lowell). They’re threatened by her, of course, and Debbie is nothing if not brash. Still, her acumen starts to sway them to her side, and slowly but surely, she achieves her goals too. And while Ruth and Debbie were at each other’s throats most of last season, due to the former sleeping with the latter’s husband, in this one they find common ground. They finally become friends again, as well as power brokers striving for a better wrestling show.

Ruth and Debbie don’t stomp all over the other women to gain their victories either. Quite the contrary, they bring the others with them, sharing the spoils of victory. Such bonding turns into an impenetrable sisterhood, and they all become stronger in supporting each other. Show creators Liz Flahive and Carly Mensch know that those that hold women back the most aren’t other women, but instead, those men who still blindly subscribe to old-school patriarchy. But in this series, time and time again, women will school such men, and they will all be much better for it.

The show’s secondary storylines this season let most of the supporting female characters come into their own. They too are taking more control of their lives and men be damned if they try to stand in their way. Tamme (Kia Stevens, one of the cast standouts) teaches her college-bound son about changing the game from the inside. Stacey and Dawn (Kimmy Gatewood and Rebekkah Johnson) change their old lady characters into feisty punk rockers for the ring without being given permission to do so by Sam. Carmen (Britney Young) teaches the women to be better athletes, exhibiting the same skills as male wrestlers. Even Sheila the She-Wolf (Gayle Rankin) manages to keep her cultish male fans adoring her, without ever having to worry about them turning into stalkers. Everyone is empowered and works wonders with it.

One of the delights of the show this year is in how it deepens every character. Sure, Sunita Mani’s Arthie is saddled with an offensive Middle Eastern terrorist to play in the ring, but outside it, she is one of the sweetest and most endearing of the lot. And who figured she’d find true love in the arms of the tough, yet sensitive Yolanda (Shakira Barrera)? Ellen Wong’s Jenny becomes unapologetically ribald and sarcastic, not afraid to show her true colors at any time, and she’s a hoot. Even the wholly intimidating Cherry Bang (Sydelle Noel) gets to show sublime moments of vulnerability when she struggles to learn her lines on a network cop show. Who says Hollywood doesn’t write good parts for women? This show has a dozen of ‘em.

Thankfully, the show doesn’t turn Sam or Bash into villains. Yes, Sam is cranky and misanthropic, but he cares about his girls and helping them put on a decent show. He also is a decent dad to his long-lost daughter Justine (Britt Baron), and they develop a lovely bond over the course of this season’s 10 episodes. Maron is superb when playing crabby, but the actor is just as fantastic when letting light into those squinting, dark eyes of his. And while Bash is a sheltered mama’s boy, he grows up this season, aided by the women around him, and Lowell gives a nuanced and heartbreaking performance that gets stronger with each episode.

The show doesn’t forget it’s about show business too, especially in the plot development that finds Ruth becoming injured during a live show. Just as the dancers were asked about how long they could keep dancing when their bodies started to betray them in A CHORUS LINE, the specter of losing a paying gig through injury becomes a critical question in this show too. The actresses aren’t just playing parts, they’re risking physical ruin each time they step into the ring. It’s made all the more palpable as we can see that most of the stunt work is being done by the stars.

It’s a testament to the series too that in its most political moments, like when a network executive tries to sleep with Ruth, the story doesn’t strain to drive home it’s #MeToo point. Ruth is crestfallen to find out that the schmuck didn’t invite her to dinner to talk to her about ideas for the show, but rather, to talk her out of her clothes. Still, she quickly sizes up the pending disaster and high-tails it out of his hotel room before he can physically harm her. Ruth may be brittle, and few actresses do brittle better than the brilliant Brie, but our heroine is one tough cookie.

All of the women on this show exhibit such toughness, yet they never lose themselves or their femininity. If anything, they encourage the men to get in touch with their softer sides, and it leaves everyone better for it. Who needs a wrestling belt, when that’s the victory worth bragging about? 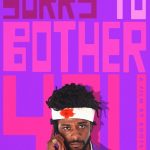 BOOTS RILEY’S “SORRY TO BOTHER YOU” IS THE MOST PROVOCATIVE FILM OF THE YEARnon-illustrated, Review 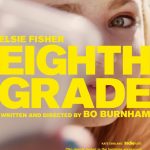 “EIGHTH GRADE” IS AN A+ EXAMINATION OF MIDDLE SCHOOL, ZITS AND ALLnon-illustrated, Review