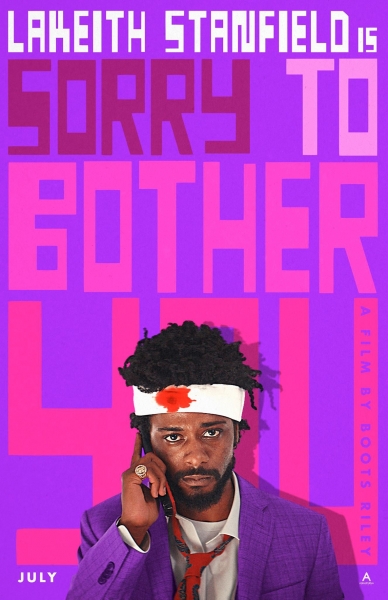 Few feature film debuts are as daring and auspicious as Boots Riley’s SORRY TO BOTHER YOU. The rapper and music producer from The Coup has now written and directed such an assured and provocative dark comedy, it’ll take your breath away. It’s not only a hilarious and pointed first film, but it’s a savage takedown of America’s racism, corporate greed, and social media obsessed culture too. Watching it, your eyebrows will be perpetually raised and your jaw, continually on the floor. Quite simply, Riley’s feature is the most provocative film of the year, and sure to create a stir. Let’s hope it succeeds at the box office as well.

In an age when it seems little will rattle our cage – babies in cages, maybe – this is a film that genuinely provokes. The fact that it was greenlit and distributed, with a reasonably healthy marketing campaign behind it, is a very encouraging sign for movies that want to reach beyond the typical sequels, reboots, and remakes. This film aims to poke and prod us, and yet, while serving as a call to arms, it does so in a hugely entertaining way.

The film’s theme is how African-American men are encouraged to conform to get along and succeed in a white patriarchal world that continually punishes them for not being white like them. Its central character is Cassius Green (Lakeith Stanfield), a down-on-his-luck black man from a beleaguered neighborhood. He’s had it with part-time employment and is looking for a decent full-time job. He’s forever behind in his rent, making excuses to his long-suffering girlfriend, and worrying about stability as he crests into his 30’s.

Thus, Cassius decides to interview at a telemarketing company, knowing that there is a ton of turnover in that work, and to assure the HR hack that he’s a worthy hire, Cassius overcompensates. He brings trophies to show, along with his resume, to calm the white man’s fears of employing a young black man. Even though his ruse is exposed, Cassius is hired anyway due to his derring-do.

Yet, despite getting the full-time gig, Cassius’ new job is just plain awful. The pay is almost non-existent, the benefits are the bare minimum, and most of the employees are marginalized Americans just like him. One of the misfit toys is an old-timer named Langston (Danny Glover, funny and touching at the same time) who advises the naïve Cassius that the way to persuade callers is to use a “white voice.” Cassius resists, arguing that he doesn’t sound “that black,” but soon he gives it a try to ensure some sales. The voice that he uses is actually that of actor/comedian David Cross, and it’s daring of Riley to use such a trope instead of directing Stanfield to give it his best shot. The juxtaposition of two such different actors yields big laughs, and the satire becomes even more pointed when Cassius’s white employers prefer he use that voice all the time. 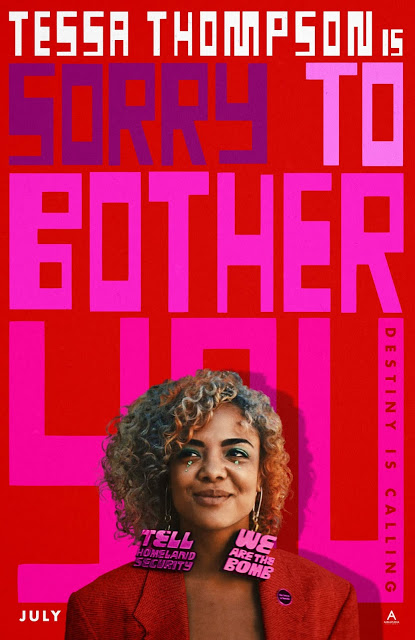 Soon, Cassius is the company’s top seller, and he helps his girlfriend Detroit (Tessa Thompson) get a job at the company as well. She’d like to make a living as a performance artist, but it’s not exactly a stable and moneymaking profession, so she joins him. Cassius also manages to make some new friends at the office too. Steven Yuen’s Squeeze and Jermaine Fowler’s Salvadore become his new buds, and soon the four of them are pushing the company for better wages and decent healthcare benefits.

Not long after however, Cassius’ sales success get him moved to the VIP floor where top sellers get their own comfy room to make calls. As his star rises, he starts to grow away from Detroit, as well as his buddies. He starts wearing expensive suits, moves into a swank apartment, and even get invited to exclusive parties hosted by the company’s very white and exceptionally arrogant CEO Steve Lift (Armie Hammer). Detroit pushes back on her lover’s turn for the worse, questioning his values while starting to enunciate his name as “Cash is green.” Their row leads to her leaving, and soon Cassius is crossing the picket line she, Squeeze and Salvadore have created. This caring, young black man who once had so much soul is now on the verge of losing it all to the lure of upward mobility.

Riley adds layers to all his stinging satire by surrounding his players with other bits that savage our modern society. One of the running gags concerns a television show that is always on in the background entitled “I Got the S— Kicked Out of Me!” On this game show, contestants earn prizes by allowing various participants to punch and kick them till they drop. It’s almost too vicious to watch, but then again, is it any more cringe-worthy than most of the humiliation found on your average reality TV program these days? 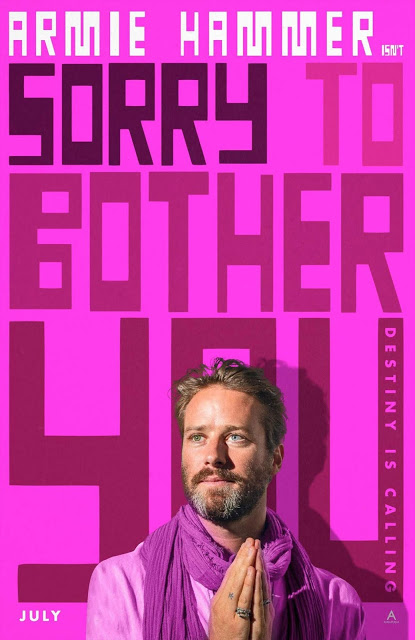 Additionally, Riley satirizes religion throughout the film, along with our nation’s acute tribalistic sensibilities, through a secondary story concerning a company advertising everywhere called “Worry Free.” From all we can gather, the company looks like a cult, what with the employees perpetually smiling, wearing the same clothing, and sleeping in bunk beds all in the same room. It’s not that far off from the conformity that Cassius’ company is asking of him, and it won’t belong in the narrative before Riley draws a straight line from one awful career path to the other.

From there, the film turns even darker. The last third of the film is so shocking, it has to be seen to be believed. Riley paints a very bleak future for humanity, particularly black men, and it doesn’t feel that far off from some of the dehumanizing actions going on right now throughout the USA, especially at our southern border. The timeliness is scary to the point of being prescient.

Throughout, Riley shows a keen eye in all his tasks as a newbie director. His visual gags are as amusing as his dialogue, particularly when Cassius makes his calls and literally drops into the worlds of his recipients, desk and all. Riley is superb with actors too, coaxing sharp work from them all. Stanfield makes for a droll yet vulnerable everyman, Hammer oozes snake oil out of every pore, and Thompson’s girlfriend is smart, sexy, and fierce. Patton Oswalt and Lily James show up too as two of the other “white voices” and are hilarious as well.

Riley also sticks it to other ills of modern society like voice-activated elevators, the limits of white folks’ understanding of rap music, and the pretentious worlds of art and fashion. (Thompson’s oversized earrings are practically wearable billboards.) Most savagely, Riley indicts the masses who blithely let the one-percenters continually suppress them. Riley aims to shake us out of our doldrums, demanding that we stop sleepwalking through our lives, mindlessly staring at our cell phones. The nation is at stake, he’s arguing, not to mention humanity, and he wants us up and ready to do something about it. How brilliant that he’s made such a volley with this incredibly provocative and vital film. 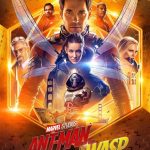 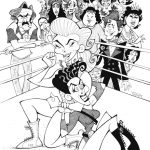