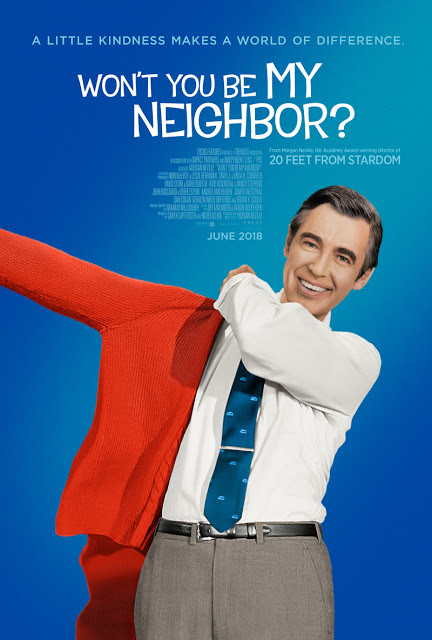 Who knew that Fred Rogers was so political, so radical, and so subversive?

Without question, the remarkable documentary WOULDN’T YOU BE MY NEIGHBOR? presents the legendary host of MISTER ROGERS’ NEIGHBORHOOD as the man we all knew and loved. In scene after scene, the film showcases Rogers as the gentle, kind, and soft-spoken writer, producer and actor who became an institution with his children’s television show on PBS from 1968-2001.

Throughout, everyone who is interviewed about Rogers stresses that the man was precisely whom the camera captured. Rogers proves it too in insightful interviews with him talking about his work. But what is not as apparent to most viewers will be just how daring all that Rogers did was on so many levels.

Rogers was an ordained minister, a registered Republican, and a man drawn to television by the need to offer children a program that was more sensitive to their needs, especially since so much of what was being provided on the tube was brash and vulgar. Noisy cartoons with their slapstick violence, crass commercials with their hard sell of everything from cereal to toys, these things perturbed Rogers. Too much of television was treating children as consumers, he felt, and it worried him that it was desensitizing America’s youth. That’s why when he had a chance to put together his show in Pittsburgh for the local PBS station, he seized the opportunity. He would create a children’s program that talked to youngsters more on their level.

That meant slowing things down, creating more tranquility, and taking on the mantle of being a teacher, not just entertainer. That mission is made clear as the documentary opens with black-and-white, handheld footage from 1967 showing Rogers being interviewed while sitting at a grand piano. He gently speaks of not wanting to patronize children, and instead, helping them through the various modulations of life. Rogers recognized that growing up is tremendously challenging, and children under 10 have so much to fathom as they become more and more a part of the adult world.

Rogers knew too that the 60’s were a turbulent time for everyone, let alone children. That’s why his program set out to help kids understand all the chaos in the modern world in terms that they could understand. He also wanted them to know that it was okay to feel the full range of emotions they felt, from fear to sadness. He knew that it would be tough for children navigate things like death and war, and his show dealt with such topics head-on.

Rogers aimed at explaining the complexities of the adult world and how it impacted children with a blend of his Christian faith, a good neighbor sensibility, and the learnings from advanced child psychology. In doing so, Rogers put on a program each week that was remarkably adroit – considerate, compassionate, and a distinct counter to the majority of children’s cartoonish programming.

Throughout this inspiring and uplifting documentary, scenes from his show showcase just how radical his show was in treating children so humanistic. Clips highlight how MR. ROGERS’ NEIGHBORHOOD dealt head-on with racism, bullying, war, divorce, assassination, and the disabled. The very first week the show was on, Rogers tackled the subject of war and how it divided our nation. Seeing clips from that episode look daring by today’s standards, let alone those in 1968.

Filmmaker Morgan Neville won an Oscar in 2014 for his documentary TWENTY FEET FROM STARDOM, chronicling the world of backup singers, and he has an affinity for the entertainment industry. Here, he illuminates how shows are put together as well, and ensures the exposure is educational, entertaining, and even inspiring. All of the former colleagues, friends, and family interviewed for this documentary give fascinating anecdotes about the making of Rogers’ program and some of them are hilarious, others deeply touching.

One such example is relayed by Francois Clemmons. He played Officer Clemmons on the show and told of a scene that Rogers wrote for them to play where they share a kiddie wading pool to cool off their feet. It appeared to be a warm and charming interaction between the two adults, but it was written to serve as an allegory for racial harmony, especially with the segregation going on in public pools throughout the south. Rogers was socially demonstrative like that, time and time again, as this documentary illustrates.

In fact, throughout its run, Rogers dealt with world events, including the Challenger Shuttle disaster and 9-11, and he explained the events so that they were understandable to his young audience. Rogers was a virtual father figure, minister, social worker, and best friend.

WON’T YOU BE MY NEIGHBOR? is sly in the way it shows how Rogers used puppetry to deal with his own obsessions and forlorn past. These cuddly creatures may have lived in the “Land of Make-Believe,” but they represented all-too-real facets of Rogers personality. Daniel Tiger’s insecurities reflected much of the angst Rogers felt as a chubby child, and King Friday’s rule represented the powers that Rogers desired to change the land.

This documentary is a bold and compelling film, chock full of never-before-seen footage, backstage tales, and remarkable testimony from many of the program’s cast and crew. Rogers’ widow and two sons are interviewed as well, and their insights will make you love their patriarch more. The doc even finds a place to showcase a few of the many parodies done of MISTER ROGERS’ NEIGHBORHOOD over the years on late night TV, from Eddie Murphy to Jim Carrey to Martin Short. As you’d expect, Rogers had a sunny attitude about all that too. He could laugh with others and laugh at himself too.

Rogers was truly was a progressive leader, both of his time and in many ways, before his time. His constituency was children, but in reality, humanity was his true audience. He connected with people in ways that few ever do, and he did it in a public forum for close to 40 years. This film is a fitting and remarkable tribute to all that he was and a reminder that we could all use a lot more of his kind of understanding and kindness in the world today. 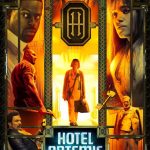 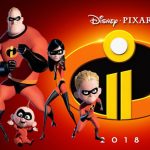 “INCREDIBLES 2” IS ONE SUPERHERO SEQUEL THAT LIVES UP TO ITS NAMEnon-illustrated, Review