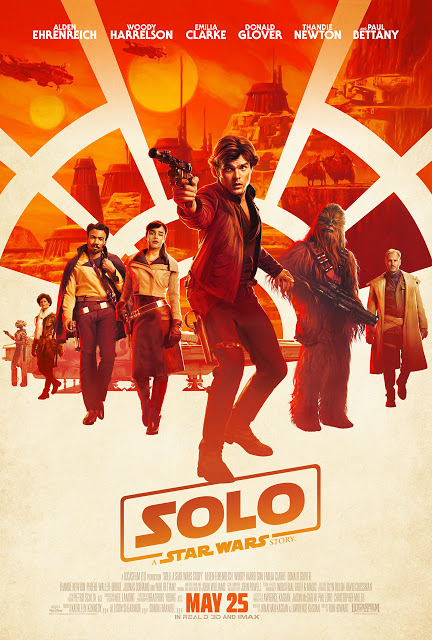 SOLO: A STAR WARS STORY is a title that works on two levels. First, it’s the origin story about beloved franchise character Han Solo, and second, it’s the first solo film that is not connected to the sequencing of events evident in all the other films. It’s a ton of fun, and well made on every level, but it suggests that there is some fraying in the forcefulness of ‘The Force.’ This one feels overly familiar and makes the case that the STAR WARS universe should start expanding its galaxy far, far away and very, very soon.

The simple fact is that the franchise has grown too fond of its past characters and legend. There are dozens of Star Wars books out there that have been introducing new characters, different Jedi’s, and other corners of that galaxy for decades now, so why aren’t more of those stories being mined? Instead, the multimillion-dollar movies seem content to stay very close to home. And while it’s been great to see the return of Han, Leia, and Luke in the last few episodes of the film series, this new backstory about the origins of everybody’s favorite space pirate feels far too gratuitous.

That’s a shame because taken at face value, SOLO: A STAR WARS STORY is smart, exciting, and introduces a number of strong new charaters. It also includes a half-dozen action set-pieces that are thrilling and memorable. Even John Powell’s score wisely refrains from overly echoing the well-known John Williams cues. Still, all that can’t erase the fact that there this trip wasn’t really necessary in the first place, let alone the fact that there are more Solo efforts due in the future. (Star Alden Ehrenreich has supposedly signed on for three more films.) That’s an awful lot of backstory for a character whose fate we already know.

Kudos to screenwriters Jonathan Kasdan and Lawrence Kasdan for at least delivering a sharp and witty script that manages to be both nostalgic and somewhat modern. Their introduction to the young Han, Chewbacca, and Lando Calrissian is done with an engaging breeziness. And while they feel compelled to show a lot of history, including Han’s start in the army and his transition into the criminal world, at least their script makes fun out of it all, never taking anything too seriously. Thankfully, there are none of the morose qualities that marred the three STAR WARS prequels (Chapters 1-3) that cravenly asked audiences to pity Anakin Skywalker before he donned Darth’s dark helmet.

This film frolics along, finding fun in almost every corner of conflict. It cleverly introduces a love interest/foil for Han in the character of fellow street orphan Qi’ra (Emilia Clarke) and their relationship is one of the best parts of this prequel. Ehrenreich and Clarke have a bubbling chemistry, and it’s great to see the ingenue sparkle on the big screen. (She gets little chance to show such joy these days on HBO’s GAME OF THRONES as her character of Daenerys is excessively dour.)

The star-crossed lovers of Han and Qi’ra plan an escape out of their slum existence in the first ten minutes of the story and the snappy sequence sets the tone for the rest of the film. It’s chase through the streets set-piece doesn’t drag, contains snatches of adroit dialogue interwoven throughout, and demonstrates an easy-to-follow movement in every frame. Ron Howard may have come in late to the game, replacing original directors Phil Lord and Christopher Miller, but the storied filmmaker knows how to deliver the goods in his straight-forward, unfussy manner. Howard’s cinematographer Bradford Young does terrific work too, framing each scene in a clean and crisp way, whether it’s characters talking or fighting. Plus, Pietro Scalia’s editing is shrewd and economical, moving a lot along without ever seeming rushed. In fact, this may be one of the easiest “Star Wars” movies to track from the first moment to last.

The best action sequence in the movie is a train robbery done against snow-capped mountains. Not only do the train cars twist and writhe over hill and dale, but their cargo is unrefined Coaxium, a nitro glycerin-style substance that could explode all too easily if overly agitated. It’s a layered scene too, with three different parts to the robbers’ plan, and the added conflict of a group of marauders swooping in from the sky to steal the goods from them. The set-piece contains a ton of CGI, but Howard never lets it overwhelm our investment in the lives at stake out there on those treacherous tracks.

The veteran director is especially good at getting nuanced work from his cast. Woody Harrelson (scampy space pirate Tobias Beckett), Thandie Newton (Tobias’ tart-tongued wife Val), and Paul Bettany (elegantly evil villain Dryden Vos) all find fresh layers to the types of characters they’ve played many times before. Harrelson’s Beckett is more scoundrel than you’d expect, Val suggests a weariness to her criminal vocation, and Bettany resists any temptation to overplay. In fact, the CGI on his face, consisting of streaking scars that redden with rage, is broader than any of his circumspect line readings.

Especially strong is Donald Glover’s Lando. He lends a droll Billy Dee Williams-style lilt to his delivery, clearly paying homage to the original actor, but he also ensures that his character’s selfishness is more evident than it was in the portrayal of his predecessor’s. Glover is funny and charming, stealing almost every scene he’s in, but his Lando remains a selfish dandy cloaked in chicanery as obvious as his designer capes.

Director Howard’s success in directing Ehrenreich is not quite as successful. The young actor nails the sly charm and swagger of the young Han, but he never seems to be enough of the cocky S.O.B. Harrison Ford played. Remember how we were all surprised when Han showed up at the last minute to help Luke destroy the Death Star in STAR WARS: A NEW HOPE? Han has to make some similar types of judgment calls here, but despite pleading that he’s not a “good guy”, his heroic stature never stands in question.

If anything, the entire film needs more of an antihero edge. The action scenes have some of it, killing off both villains and heroes while barely batting an eye. And the number of twists that occur in the last 30 minutes, as characters betray one another with abandon, adds a lot of arsenic to the confectionary flavor. Yet, even though the elder Kasdan has gone on record that Han fired first in that famous scene in the bar from the original movie, it’s hard to find anything close to that nasty rogue here. Sure, Han plugs a villain late in the game here without hesitation, but he’s entirely too lovable. Why he’s as warm and fuzzy as his Wookie partner.

Per usual with any new STAR WARS release, social media is burning with outrage over perceived slights or inaccuracies in this new material. Everything from Ehrenreich’s lack of physical resemblance to Ford, to how the script showcases the famous “Kessel run in 12 Parsecs”, has come under scrutiny. Critics and fans love parsing such details, but the real debate should be about the franchise running out of some steam. It didn’t learn its lesson from all the backlash over Anakin’s backstory, and now it expects us to anxiously await more Solo ventures, as well as the return of Darth Maul as a big bad? Talk about Forced.

Like ROGUE ONE: A STAR WARS STORY, this new prequel fills in blanks of the lore in an entertaining way, but it fails to genuinely move the narrative forward. STAR WARS may be the favorite franchise of generations of children, but do they all feel the pull of nostalgia in the same way as those making these films? I’m all for finding out that Han was supposed to be Chewie’s dinner when they first met, but the franchise should be giving audiences a lot more to chew over. 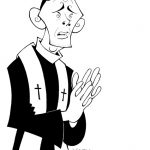 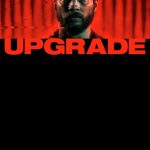