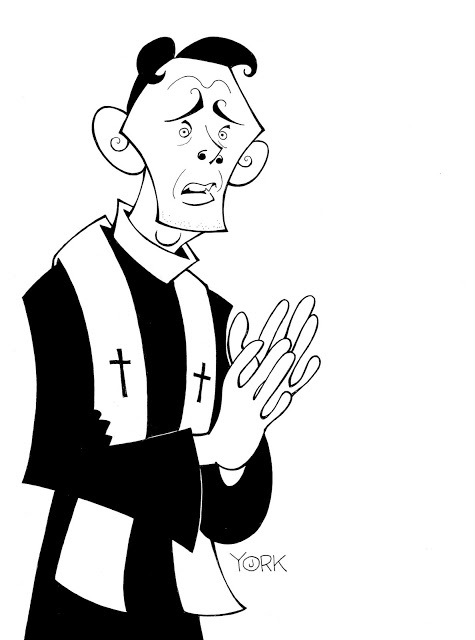 Ethan Hawke has given many brilliant performances in his 33-year film career, including standouts like GATTACA, BEFORE THE DEVIL KNOWS YOU’RE DEAD, BOYHOOD, and the BEFORE SUNRISE trilogy. Now, with FIRST REFORMED, written and directed by Paul Schrader, he tops himself in his most accomplished screen work to date. In this intense drama, Hawke plays Pastor Ernst Toller, a minister in the middle of a crisis of faith and he ensures that we feel every high and low of the cleric’s pained journey to redemption. His portrayal should be remembered come awards season, as should this provocative film.

Toller is a well-meaning minister who oversees a small group of parishioners at the First Reformed Church in upstate New York. It survives as a place of worship due to two things: it’s a historical landmark, and the local mega-church Abundant Life takes care of all of its upkeep and needs. Abundant’s Pastor Jeffers (Cedric Kyles, AKA Cedric the Entertainer) has hired Toller to shepherd First Reformed, thinking it’s the fresh start he needs after a personal tragedy. Toller, you see, was a former military chaplain who encouraged his son to enlist only to see him return home from the Middle East in a body bag. That’s when the pitying eye of Jeffers took Toller under his wing hoping to help him find the good in life again.

The gig should be easy for Toller. His flock is small and showing off the historic church to the local tourists is a piece of cake. But the pastor has more demons to battle than those written about in the pages of the Bible. Toller’s still mourning his son, and his uncertainty about God’s mercy has driven him to drink. All of his angst is eating him up inside, literally and figuratively, and the dyspeptic reverend tries to soothe his ulcers by mixing Pepto-Bismol in his whiskey.

Toller also carries around the guilt of a misbegotten affair with a co-worker, and he’s not sure his sermons on Sunday have any effect on the smattering of people who come to hear him preach. As he starts to circle down the drain, Toller decides to chronicle all that he’s feeling in a journal. But as he scribes more and more, his entries start to sound like those of a ranting madman; one who’s spiting God and questioning his divine plan.

Then one day, a form of salvation approaches Toller. A young, pregnant parishioner named Mary (Amanda Seyfried) needs his help, and her purity of heart touches him. She’s worried about her husband Michael (Phillip Ettinger) as he agonizes over bringing their child into a world whose citizenry is so blithely destroying the planet. Toller tries to help him see the light and the grace of God around him, but Michael’s darkest fears take a toll on Toller. Soon, the pastor is as obsessed with saving the environment, and he becomes radicalized against the local industry blatantly polluting the community’s land, air, and water. It doesn’t help that they’re also subsidizing the upcoming anniversary celebration of First Reformed, an event that Toller is forced to manage. No wonder he can’t sleep at night.

Despite the able supporting cast, including a deftly dramatic Kyles, Hawke is left alone onscreen for most of the movie, and he runs with it. He’s held the screen similarly before, as in 2012’s SINISTER where he spent most of the time in that frightener acting all by his lonesome. Hawke knows just how to use each of the tools in his actor’s arsenal – eyes, body language, breath control – to convey every ounce of what his character is feeling. And as Hawke has gotten older, his voice has coarsened, and it works wonders here in expressing all the uncertainty in Toller when he speaks.

Schrader reaches a career high too as both writer and director. His FIRST REFORMED screenplay is right up there with his landmark scripts for TAXI DRIVER and RAGING BULL. FIRST REFORMED is not only a rich and detailed character study, but it also serves as a timely and scathing critique of politics, the church, and society’s middle finger to the environment. At times, Schrader’s storytelling plays like a no-holds-barred editorial condemning corporate America and its rape of God’s green earth. Yet, the film remains an uplifting work too. Schrader finds hope in mankind to halt their ruin, particularly when two people can still come together and soar above their problems as Toller and Mary do in a fantasy sequence that utterly dazzles.

FIRST REFORMED is a stunning work, chock full of powerful messaging and indelible images. A couple levitating above the floorboards, a suicide’s remains being discovered in a wintry park, the lines on Hawke’s forehead getting deeper and deeper with worry – these are just some of the potent visuals Schrader and his cinematographer Alexander Dynan serve up. Both haunting and hopeful, FIRST REFORMED is not only Hawke’s best work as an actor, and Schrader’s best work as a director, but it’s one of 2018’s most captivating and wondrous works of cinema. 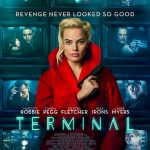 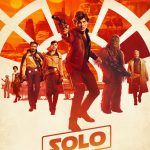 “SOLO: A STAR WARS STORY” IS LOTS OF FUN IF NOT FORCEFULnon-illustrated, Review