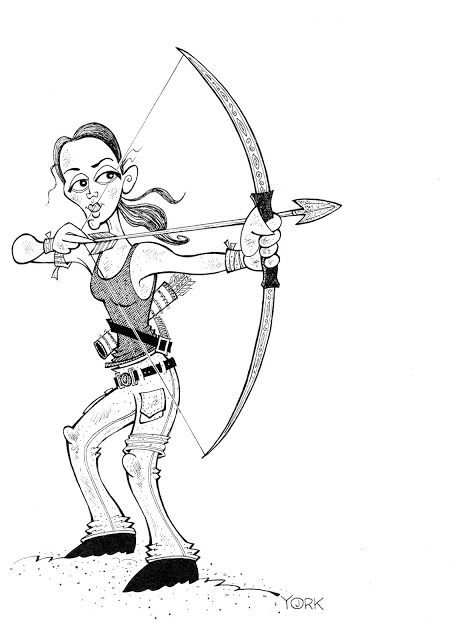 Is this excavation necessary?

That’s the question regarding the new reboot of TOMB RAIDER starring Alicia Vikander. Previous leady lady Angelina Jolie’s two outings as the archeologist/adventurer Lara Croft in LARA CROFT: TOMB RAIDER from 2001 and LARA CROFT TOMB RAIDER: THE CRADLE OF LIFE in 2003 were reasonable successes, but never quite the blockbusters they strived to be. That was due in part to the fact that the franchise already felt so old hat by the time it premiered. Based on the 1996 video game, it was mostly a female version of Indiana Jones. And that character from the classic 1981 RAIDERS OF THE LOST ARK had already spawned dozens of imitators in the movies, television, video games, and comic books.

Still, Jolie isn’t doing such movies anymore and anything off screen for a few years is ripe for a reboot as far as Hollywood is concerned, so now we have this new take starring the Oscar-winner from 2015’s THE DANISH GIRL. Vikander trained for many months to get buff, and she does a ton of the stunt work here, inhabiting the role with an intensity that makes you perk up and pay attention. (For my money, Jolie played the part all wrong. She was continually purring and posing throughout as if she was auditioning for Catwoman instead of playing Croft.) It’s a shame that the rest of the movie isn’t nearly up to the spunk that Vikander delivers. It’s got some energetic fun, and some sharp action sequences, but too much of the story feels way too familiar. In fact, the narrative is almost as dusty as the archeological dig at the centerpiece of the movie.

Once again, filmmakers doing a reboot felt the urge to make an origins story. Why didn’t they take a page from the successful 2013 relaunch of the Tomb Raider video game which proved that you don’t need to go home again with this character? In that game’s narrative, Lara’s dad is dead. Definitively. And she’s moving on with her life and onto new adventures. So, why not here? Instead, this movie is all about Lara’s search for her dad, similar to the plot of the first Jolie film, and it makes this feel redundant before it’s barely begun.

In the all-too-familiar seeming story, Richard Croft (Dominic West) has been missing for some seven years, having disappeared near Hong Kong while searching for a buried queen from centuries ago. Legend has it that if she escapes her tomb, she will unleash hell and lay waste to all the planet. (Yes, that was the plot of the Tom Cruise reboot of THE MUMMY too.) So what happened to the senior Croft? No one knows, but Lara is too stubborn to believe that Dad is dead. She even refuses to sign the proper papers to inherit his estate, preferring to slum it as a bike courier. She’s a crank, and that makes this heroine far fresher and fascinating.

These scenes at least feel different from the first film where Jolie’s Lara wholly embraced her wealth. And Vikander plays the chip on her shoulder with vitality and spunk. She’s a pisser, and during a bike chase that’s the film’s first big set piece, she shows a tenacity to prevail and behave like a fearless daredevil. Her actions run afoul of the law, and her family trustee Ana Miller (a crisp and cryptic Kristen Scott Thomas) is called to bail her out. Then Ana forces Lara to come to terms with her father’s death and accept her inheritance of his wealth.

Lara soon discovers secret messages that her father left for her in case of his death hidden in his secret man cave. Here the plot starts to rely too heavily on the dad backstory, just as it did in the first Jolie film. As Lara finds more of his research, she becomes more convinced he’s alive and that he’s still out there searching for that vindictive mummy.

Lara travels to Hong Kong, where she has a run-in with local teen thieves, but she manages to retrieve her bag and procure a vessel to take her out to sea in search of her kin. Her captain is a drunkard named Lu Wren (Daniel Wu, nicely underplaying) who also happened to lose his father to the waters around the island. Then the two, both dealing with their abandonment issues, are forced to abandon ship when a storm capsizes their boat. It’s a well-done action scene as well, albeit a bit too familiar with the action genre. If there’s a ship at sea in such films, there will be a storm, and everyone will plunge into the drink!

Both survive and wash ashore, only to discover that there are mercenaries on the island searching for the mummy too. Walton Goggins plays Vogel, the head baddie, and his heavily armed thugs have enslaved local fisherman to help them dig up the diva. Vogel brags to Lara that he killed her father too, leading her to escape and, surprise surprise, discover that her dad is alive on the island. Her reunion with Papa Croft is drenched in enough tears to give television’s THIS IS US a run for its money, but soon they’re both captured again and forced to join Vogel’s dig.

Throughout, Vikander is very physical: climbing, running, and surprisingly, taking a lot of brutal punishment from the elements and the thugs working for Vogel. Lara survives falling through trees, plummeting off of cliffs, and nearly drowning in raging rapids, but why do we need to see Vogel’s thugs toss her about like a rag doll? It’s unseemly and sexist, and at times comes close to ruining the spirit of the fun here. Screenwriters Geneva Robertson-Dworet and Alastair Siddons do well with the tougher Lara character throughout, but the constant pummeling of her is too much. Arnold Schwarzenegger was treated far more hospitably by the PREDATOR in similar material.

And despite some good thrills and chills, all filmed cleanly by director Roar Uthaugh, and cut together well by the editing team headed up by the veteran Stuart Baird, most of what happens as the archeologists close in on the tomb turns very predictable. It would have been terrific if the talented Goggins had more of a character to play instead of just an archetype. The actor is so talented, yet he’s not given one witty line to say throughout the entire last third. Even more unfortunate is the overdone gooey sentimentality between Lara and her dad throughout the climax. West is a terrific actor, with one of the best voices in the business, but by the umpteenth time he called his daughter “Sprout” I was hoping that the Mummy might entomb his tongue.

TOMB RAIDER has genuine suspense, some hair-raising cliffhangers, and a lead actress giving 100%. But as they move forward with the inevitable sequels, the filmmakers need to raise the game and come up with different plots for Lara. If they can do that, they’ll have something genuine we can all dig. 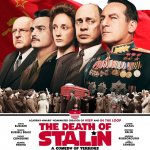 “THE DEATH OF STALIN” PRESENTS RUSSIAN HISTORY THROUGH THE LENS OF FARCEnon-illustrated, Review 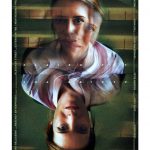