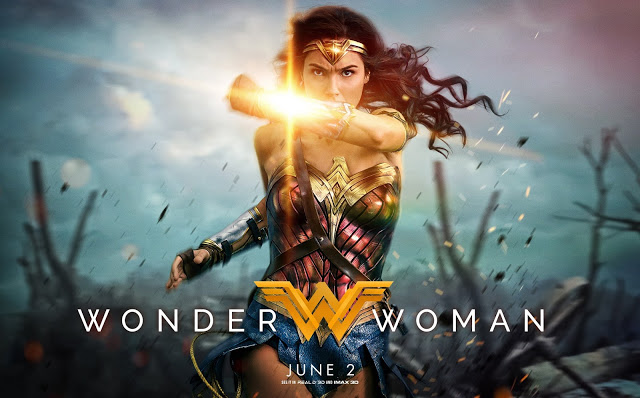 There are only a smattering of hours left for members of the Academy of Motion Picture Arts and Sciences to fill out their nomination ballots. Most every film critic, industry prognosticator, and movie blogger has made their picks, predictions, or hopes for the Oscars. And the front runners in each category seem more and more like inevitable choices at this stage. No matter, there are some underdogs still fighting to get on the list of five in each Oscar category and I want those who’ve not sent in their ballots to take some of those into consideration as they get out their pens. Be bold, procrastinators! Change the trajectory the season and choose these worthy contenders for nominations even if the odds are not exactly in their favor:

In 2009, in an attempt to find room for hit films on the Best Picture list, the Motion Picture Academy expanded  the number of possible nominees in the top category from five, up to ten. Since then, a number of tent poles and box office blockbusters have found their way onto the esteemed lists in their year. Audience favorites and genre films like UP, TOY STORY 3, DJANGO UNCHAINED, THE MARTIAN,and MAD MAX: FURY ROAD might not have made the Best Picture list if it weren’t for the Academy’s expanded rules, but with the more comes the merrier. Thus, it should be easy for the Academy to recognize a similar type of crowd pleaser – WONDER WOMAN.

First of all, it’s a terrific film, a favorite of so many this year, and a movie that continues to stand strong at a 92% certified fresh rating over at RottenTomatoes.com. Second, WONDER WOMAN was not only the third biggest money-maker of the year domestically with a $413 million gross, but it made $822 million worldwide. And third, in the year of all the women’s protests, the calling out of Hollywood predators, as well as the #MeToo and “Time’s Up” movements, this movie could not be any more timely. So, why is it considered a long shot for a Best Picture nomination? Quite simply, because it’s a comic book movie. The Academy generally gravitates towards Best Picture nominees with a more “serious art” feel to them. Perhaps this DC comic adaptation doesn’t seem to be, but it actually is. After all, no film has really captured the zeitgeist quite as wondrously, has it?  It’s inspired audiences all over the world, particularly young girls desperate for portrayals of women on the big screen that they can look up to. And it’s feminine sensibilities from director Patty Jenkins made it stand out in the world of macho, glib male superheroes that have permeated other comic book films for decades. The Academy will likely honor LADY BIRD, THE SHAPE OF WATER, or THREE BILLBOARDS OUTSIDE EBBING,MISSOURI with its actual award, and they all are great films about strong women this year, but WONDER WOMAN deserves a nomination for Best Picture alongside of them. 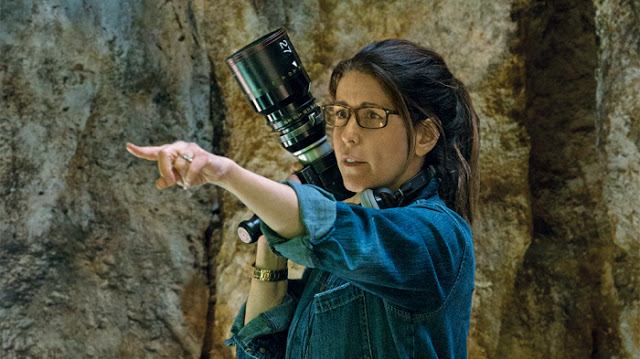 The Chicago Independent Critics Circle gave our “Impact Award” this year to Patty Jenkins for her miraculous direction of WONDER WOMAN. Our reasoning? In a year where women everywhere found the courage to stand up for themselves, this director helmed a tent pole in a category dominated by men, saved DC’s tattered film reputation, changed the trajectory of DC superheroes which had been in decline on film for decades, and drew audiences en masse to her vision. Her artistry and sensitivity is evident in every frame, and never does Jenkin’s camera ogle the Wonder Woman character with up skirt shots like Zack Snyder employed in both BATMAN V. SUPERMAN and JUSTICE LEAGUE. She saw Diana as a hero, a woman and a humanist, not a sex object. And that made all the difference in the world. Thus, for excelling and changing the game of tent poles and the world of superheroes, Jenkins should be on the shortlist of five.

Quite simply, there are too many extraordinary lead female performances this year to choose from for the top five Oscar nominees. That select list could easily accommodate ten worthy nominees, if not more. Those likely to fall short include Jessica Chastain for MOLLY’S GAME, Michelle Williams for ALL THE MONEY IN THE WORLD, Judi Dench for VICTORIA & ABDUL, and Emma Stone for BATTLE OF THE SEXES, just to name four. Still, there’s one actress on the shortlist who arguably gave the most iconic performance this year and that’s Gal Gadot. The characterization of the superhero could’ve gone south in so many ways, but Gadot never faltered. She made every right choice to give us a three-dimensional hero that everyone could cheer. Gadot made earnestness enthralling, rendered sensitivity as WW’s greatest strength, and cajoled us to laugh along with Diana as she struggled during her fish-out-of-water arc. The Academy screwed up 40 years ago by failing to nominate Christopher Reeve for his landmark performance as SUPERMAN, let’s hope they don’t make the same mistake this year with Gadot. 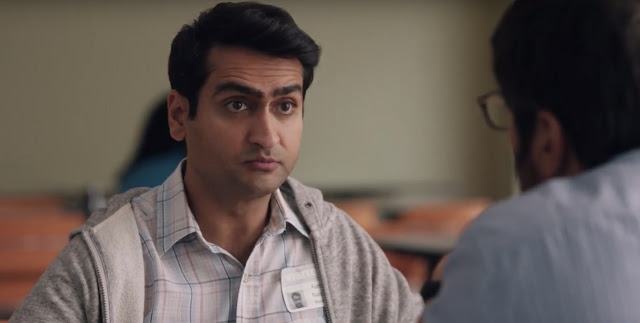 Is Kamail Nanjiani not really in the running for Best Actor for THE BIG SICK because too many critics and pundits think he was merely playing himself? Indeed, he is, just as his script is his story, but such things shouldn’t be disqualifying.Thankfully, THE BIG SICK is a genuine contender in categories like Best Picture, Best Original Screenplay and Best Supporting Actress (Holly Hunter), but Nanjiani should be in the top five called for the Best Actor category too. It’s certainly a more nuanced and affecting performance than James Franco’s comedically accurate but shallow imitation of Tommy Wiseau in THE DISASTER ARTIST. It’s unbelievable how many critics groups have missed the opportunity to honor Nanjiani’s stellar lead work in their year end awards and nominations. Wouldn’t it be the nicest surprise when the Oscar nominations are announced on the morning of January 23rd to hear Nanjiani’s name called for Best Actor as well as Best Original Screenplay? 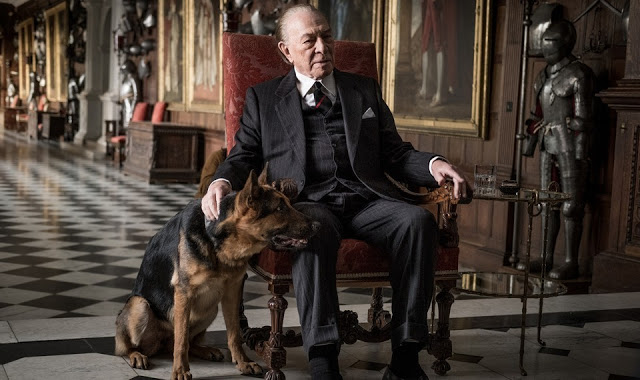 He saved the picture. That’s why Christopher Plummer should be nominated for Best Supporting Actor in ALL THE MONEY IN THE WORLD. He was unequivocally brilliant in the role of J.Paul Getty too, making a multi-dimensional villain – charming, vile, and always, utterly captivating. You could barely look at anyone else in his scenes. But at the end of the day, Plummer saved the film from being dismissed due to Kevin Spacey’s scandals. That’s how commanding a presence and force Plummer is as an actor. He deserves to be in the top five. (And frankly, IMHO, he deserves to win.) 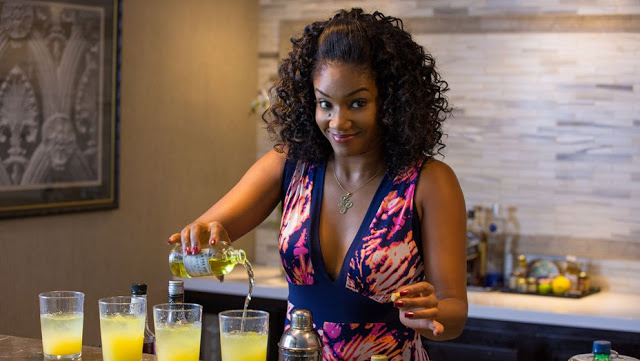 Tiffany Haddish in GIRLS TRIP was good enough for the New York Film Critics Circle to award her Best Supporting Actress, so why is she considered such a long shot for an Oscar nomination? Is it because she’s black, or in a dirty comedy, and because her most famous scene showcases her demonstration of a sex technique involving a banana and orange? Of course, all of the above. The hoity-toity Academy may not deign to honor her, but they should. Hers was the breakthrough performance of the year and she was hilarious. She was also sweet, sexy, and real. Too often the Academy misses acknowledging such breakthrough performances in raucous comedies. They ignored John Belushi in ANIMAL HOUSE, Eugene Levy in AMERICAN PIE, and Zach Galifianakis in THE HANGOVER, but they shouldn’t overlook Haddish. The supporting race for actresses isn’t that deep this year and her sterling performance needs to be in the top five. 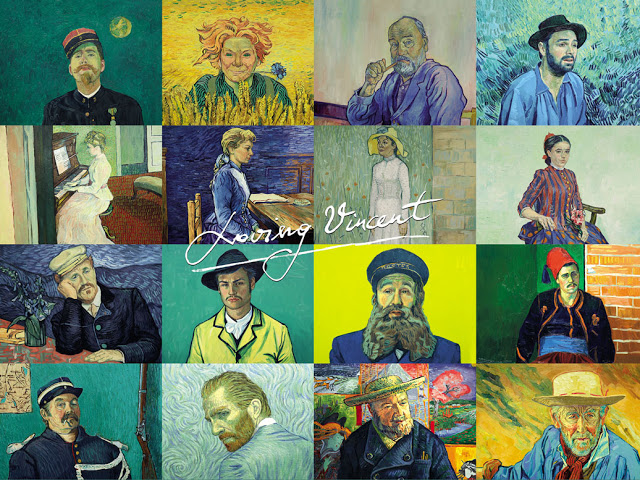 Why isn’t Clint Mansell’s moody and moving score for LOVING VINCENT getting any traction? It’s one of his best ever. And it perfectly captures the melancholy of the animated film’s subject – Vincent van Gogh. Mansell’s haunting score, once heard, will stay with you long after you’ve gotten over Hans Zimmer’s monotonous ticking clock motif in DUNKIRK. Honor Mansell with a nomination, please. 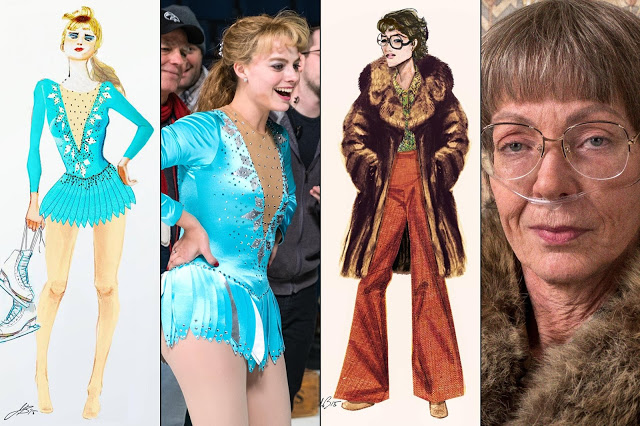 It sure would be nice if a contemporary film made the Oscar shortlist this year, but too often the category doesn’t make room for anything not period. Granted, I would award this year’s Costume Design Oscar to PHANTOM THREAD, which takes place in the 1950’s, but the Academy should at least nominate Jennifer Johnson’s more contemporary white trash renderings in I, TONYA. The last time an Oscar went to something considered contemporary was way back in 1994 when the gold went to THE ADVENTURES OF PRISCILLA, QUEEN OF THE DESERT. It’s an up hill climb for I, TONYA here, but the film should be recognized for its marvelously trashy clothes that said so much about each character.

Those are my last minute pleas. I hope that a few Academy members read this blog and if they haven’t marked their ballots yet, they hoist their pens for these standouts that deserve to be on Oscar’s shortlist. 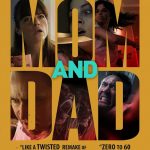