A few months back, the Oscar buzz surrounding the Best Supporting Actor contest came down to two names – Willem Dafoe for THE FLORIDA PROJECT and Kevin Spacey for ALL THE MONEY IN THE WORLD. Then in November, the infamous sex story involving Spacey and his alleged molestation of young boys broke, and his award chances faded away. So it would seem did the film’s fortunes at having a healthy run at the Cineplex, let alone getting awards attention. Who would want to see a film, let alone honor one, with such a horrifying scandal attached to one of its stars?

Well, the powers that be associated with the film, including director/producer Ridley Scott, met to discuss their options and considered all kinds of efforts to salvage their efforts, including delaying its release. Then they decided to go for a true “Hail Mary” pass of an idea – to completely excise Spacey from the film, cast his role anew, and ready it in time for the holiday season. Not only that, but they would release the film only two weeks later than originally scheduled. If they could accomplish such an unprecedented re-do, that would be one helluva Christmas miracle.

Scott quickly recast the part of J. Paul Getty, the famous billionaire at the center of the story, with the actor he originally wanted – Christopher Plummer. (Studio bigwigs had lobbied for Spacey early in pre-production, citing his stardom on Netflix’s HOUSE OF CARDS series as a drawing card for audiences.) In a matter of days, Plummer was signed, flown to the locations, and shot all of his scenes. Then the film was recut, finished and released on Christmas Day. So, was it all worth it? Yes. Spectacularly so.

ALL THE MONEY IN THE WORLD is one terrific film, a crackling, shrewd and thoroughly involving thriller. And after seeing Plummer in the part, it’s hard to imagine anyone else playing Getty. In fact, Plummer is so fantastic, he should be in contention for the Best Supporting Actor Oscar, just as Spacey was rumored to be earlier this year. (Lookout, Willem Dafoe!) The veteran actor gives a towering performance here, utterly dominating every scene he’s in, creating a villain who can be vicious as well as charming. The 88-year-old Plummer is more believable as Getty than Spacey would’ve been too, especially since the younger actor required a ton of makeup to look even close to Getty’s 81 years. Plummer doesn’t have that problem and you buy him in the part the second he shows up.

The story concerns the real-life kidnapping of John Paul Getty III (Charlie Plummer, no relation to Christopher) in July of 1973. The favorite grandson of billionaire J. Paul Getty was kidnapped in Rome at the Piazza Farnese and held for $17 million dollars in ransom. The kidnappers hid out with the 16-year-old boy at a deserted farmhouse in the southern Italian region of Calabria while waiting for the money. But it didn’t come. The boy’s mother Gail Harris (Michelle Williams) wanted to comply but she had no real money to her name since divorcing John Paul Getty II (Andrew Buchan). Thus, she turned to Getty Sr. for the funds and the billionaire balked.

The boy’s grandfather could’ve easily opened his checkbook and taken care of the matter immediately. Instead, the senior citizen argued that if he caved, all of his grandchildren could be ransomed and he’d lose millions upon millions. This man, who had no trouble buying all kinds of property and art and God knows what else, didn’t deem his own flesh and blood worthy of such a barter. Did I mention that at the time he was not only the richest man in the world, he was also the richest man in the history of the world?

The crux of the movie thus follows Gail’s struggle to find the money and save her son while the clock ticks away. Her son starts losing hope and weight while the kidnappers lose their patience. Getty makes a token concession to the matter at hand by lending Gail his fixer named Fletcher Chase (Mark Wahlberg) to assist her in the negotiations, but he’s mostly there to stall, drive the price down, and hunt for the kidnappers while playing out the clock.

One of the extraordinary parts of this film is how Scott and screenwriter David Scarpa paint such an awful picture of the Getty family dysfunction. Flashbacks show Getty’s consistent cheapness, starting with his negotiation of oil extraction from the Middle East. The senior Getty dislikes his Arab partners and grouses about them at every turn, complaining about the money they’re making even though he’s reaping a fortune.

In one darkly comic flashback scene, Gail and her husband visit the old man who’s staying in a Rome hotel and discover that he’s hanging his wet laundry throughout the suite. It seems that he refused to pay for hotel laundry services and washed his underwear in the bathroom sink to save a buck. And in yet another painful flashback, Getty is shown hoodwinking the young John Paul with a gift he says is a relic worth millions. Later on, Gail discovers that the miniature piece is nothing more than a cheap gift from a local museum’s souvenir shop. You can say this for the old miser, at least he’s consistent.

Throughout, the senior Getty proves to be eviler than any of the kidnappers. These would-be gangsters aren’t very bright either as two of them expose their true identities to the kid after unwittingly removing their masks. One of those kidnappers, the compassionate Cinquanta (Romain Duris), even befriends John Paul III as the days of the boy’s captivity drag into weeks and then months.

Scott milks the story for every last ounce of tension, reaching crescendos when the kidnappers cut off one of the boy’s ears to prove they mean business. It’s grisly and unsettling, but necessary lest we laugh too much at the dark comedy at play here. Additionally, Scott films Gail and Chase’s ransom delivery in the last act with a nail-biting blend of tension as they’re put through the wringer to finally get JPG III back safe and sound. Of course, Scott should also be commended for brilliantly ripping the 1% throughout, especially as we are currently seeing one of the most egregious cash grabs pass as “tax reform” in the United States. Scott’s skills as a filmmaker are as impeccable as his timing.

And as great as Plummer is, so is Williams in her jittery, tangled nerve performance. Again, she delivers an Oscar-worthy turn, as in MY WEEK WITH MARILYN and BLUE VALENTINE, and in any other year, she’d be a leading contender. She will be lucky to score a nomination in this year with10 leading ladies in contention for Best Actress. Wahlberg holds his own among such greatness, imbuing his character with a low-key wryness and subtle masculinity. The only thing wrong I could find in his performance was the noticeable difference in his looks for the reshoots. He clearly has lost some weight since the original production and it’s the only noticeable problem with the reshoots.

ALL THE MONEY IN THE WORLD is an utterly gripping drama, rendered all the more startling by what Scott, et al. did to make it happen. To my eye, it looks like Scott reshot a full third of his film. And in watching this miracle of a film, one can’t help but compare how swiftly the Plummer reshoots came together this fall versus the foot-dragging of the ransom negotiations back in the summer of ’73. Six weeks for the latter, six months for the former. That indeed constitutes all the irony in the world. 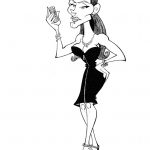 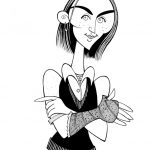 MY PICKS FOR THE 10 BEST FILMS OF 2017illustrated, news, Review