Now that the Oscars are over, it’s time to concentrate on the current year in film and its award-worthy entrees. And to get the taint of the Best Picture envelope debacle as much in the rearview mirror as possible, it would behoove the Academy to announce its selections for the 2017 honorary Academy Awards, AKA the Governors Awards, as soon as possible.

This is the first of five open letters I’m sending the Academy’s way to submit my thoughts on nominees they should honor sooner than later. I have always believed that the honorary Oscar, now deemed the Governors Award, is one of the world’s most prestigious, and to my mind it is one that should be bestowed upon those who have yet to receive Oscar gold. It was lovely for the Academy to honor Elia Kazan in 1999, or Anne V. Coates this past year, but both recipients had won Oscars in competition. The Governor’s award truly should go to the overlooked.

Thus, the filmmaker I’d like to put forth first is one who has not won yet – director/writer/producer David Lynch. He was nominated four times, first for Best Director and Adapted Screenplay for the 1980s THE ELEPHANT MAN, then again as Best Director for 1986’s BLUE VELVET, and finally for directing 2001’s MULHOLLAND DRIVE. Lynch is a truly visionary filmmaker and his work is easily recognizable to even the untrained eye. His style has been imitated left and right by too many writers and directors to even list. Nonetheless, Lynch remains one-of-a-kind, a true artist in every sense of the word. It is high time that he be recognized fully by the Academy.

Lynch has been enticing, enthralling, and challenging audiences since his surrealist horror film ERASERHEAD caused a sensation with its debut in 1977. Since then, his unique ability to mix the disturbing with the sentimental, the ugly with the beautiful, and the everyday with the fantastical, has made any project done by Lynch distinct and memorable. His motifs were many: corruption in small-town America, duality in one’s identity, and the ugly underbelly beneath the smiling surface of respectability. His films are never preachy, but they still manage to serve as important social commentaries with such themes. He’s entertaining and profound.

Lynch had more than enough great films to warrant the Governors honor, despite having only made ten of them thus far. And few filmmakers have made films so utterly personal and yet found worldwide appeal with them. His impressive resume is full of arthouse films that found wide audiences and garnered the respect of critics across the globe. THE ELEPHANT MAN (1980) was nominated for eight Oscars including Best Picture and Best Director. BLUE VELVET (1986) not only netted Lynch his second nod for Best Director from the Academy, but it was listed by Sight & Sound magazine in 1992 as the fifth best film of the previous 25 years. His rock & roll thrill ride WILD AT HEART took the Palme d’Or at Cannes in 1990. THE STRAIGHT STORY, his quietest and most poignant film, was also recognized in Cannes as a Palme d’Or nominee in 1999, and that character study garnered star Richard Farnsworth a Best Actor Oscar nomination as well.

Perhaps his most important film is MULHOLLAND DRIVE. It won him more critics prizes than any other and managed to net him his fourth Oscar nomination for Best Director. It’s a poisoned Valentine to Hollywood, almost a companion piece to Billy Wilder’s 1950 classic SUNSET BOULEVARD, since both films rage at the Hollywood machine and the disposable attitude toward actresses. (Interestingly, in the former, Norma Desmond is considered washed-up at 50; in Lynch’s vision 40 years later, Diane Selwyn is out of favor by 30.) MULHOLLAND DRIVE has only grown in its reputation since then, as Lynch’s ninth major motion picture was named the best film of that decade by the Los Angeles Film Critics Association, Cahiers du Cinema, IndieWire, Slant Magazine, Reverse Shot, The Village Voice and Time Out New York, among others.

There have been countless film festival honors and Lynch retrospectives throughout the world over the decades too, including one at The Music Box in Chicago this week. (Notably, they’ll show a unique documentary into his filmmaking, as well as his art there on May 5th towards the end of the retrospective.) Just look at the promotional materials and any screenshots from the films they’re showing of Lynch’s this week and you will recognize his iconic visual style that defines his work. The graphic design evident in his camera framing, and production design, his rich and bold color spectrum, the dreamlike passages that dot his narratives, and the brutal violence of words or actions designed to shock and come out of nowhere – they have all become hallmarks of the Lynch world.

His impact on television may be the most crucial in recognizing his genius. When David Lynch entered the world of television in 1990 to create TWIN PEAKS, his sensibilities changed everything. It’s easy to think of TV as a golden age today, often eclipsing even the best in the film world, but it wasn’t that way 27 years ago. Television was still considered a ‘secondary’ medium, one that wasn’t as cinematic, complex, or nuanced as the fare shown on the big screen. David Lynch and TWIN PEAKS changed all that.

Lynch approached the show as if filming hour-long movies, and indeed the series looked as cinematic as anything being done in the Cineplex. Lynch never condescended to the medium, instead, he raised it with complex storytelling, vivid and nuanced characters, A + production values, and a slower pace that never rushed its way to a commercial break. This was before premium cable networks like HBO and Showtime started making such things their standard fare. The fact that Lynch did it while on ABC makes it even more amazing of an accomplishment. Everything that has come to the tube since then owes TWIN PEAKS a debt of gratitude for doing it so well, so different, and so fantastically first.

TWIN PEAKS’ time on TV was short-lived, lasting only two seasons, as the network and audience grew frustrated with Lynch and co-creator Mark Frost’s unwillingness to follow television convention. But the two refused to conform to neat, pat storytelling as television told in those days. Instead, they kept adding more and more twists and turns to the lives of their characters and the strange interplay in their woodsy world. The thrill of TWIN PEAKS was less in following its procedural about just who killed Laura Palmer, and more in its complex examination of the goings-on in the lives of the town’s incredibly strange residents. TWIN PEAKS blended comedy and drama, horror and farce, beauty and ugliness, and made it all feel part of a whole. It’s too bad that television wasn’t able to fully embrace Lynch’s leanings those decades ago. He was a maverick, and everyone would eventually catch up with him.

Even so, TWIN PEAKS became the talk of the industry and led a new charge in the industry. Every show since then has aimed higher, been filmed to be more cinematic, and rivaled the complexity found in the best plays or movies. David Chase, J.J. Abrams, Vince Gilligan, you name it…their television shows could not have been done the way they were without Lynch blazing the trail for them. The same of filmmakers like M. Night Shyamalan or David Fincher, both who have clearly been influenced by the dark world of Lynch.

The fact that Lynch started blurring the lines between mediums way back then, as TV became cinema in its way, certainly paved the way for the likes of YouTube, Amazon, and Netflix too. Now, original content, movies, and TV shows are part and parcel of even those mediums. The legacy of Lynch is in all of it, and even Showtime couldn’t resist bringing back the series that started it all as they ordered 18 episodes of TWIN PEAKS for a revival that starts airing next month.

One could also laud Lynch for the many major talents he brought to the screen like Naomi Watts, Kyle MacLachlan, Laura Dern, and Isabella Rossellini, just to name a few actors he discovered or fostered. He also put composer Angelo Badalamenti on the map. Actors and crew who work with Lynch speak glowingly of his kindness as well as his art. Lynch is still a name director, one whose work is as much of an event as it was three decades ago. What else does the Governor’s board need?

Sadly, Lynch has never won an Oscar. Over the decades, the Academy Award has eluded many a worthy talent, and that’s why the honorary awards exist. The Academy can correct the fact that they’ve never given proper due to Mr. David Lynch by putting him first on their list of those to be honored at this year’s Governors Awards. 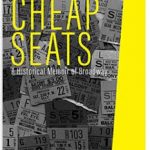 “UP IN THE CHEAP SEATS” IS THE MUST-READ MEMOIR OF 2017 (AND IT’S ONLY JANUARY!)illustrated, Review 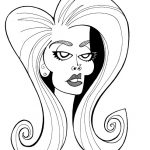