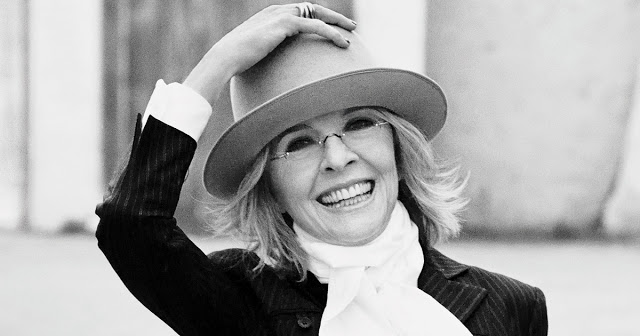 Today, Diane Keaton was named as the 45th recipient of the American Film Institute Life Achievement Award. Sir Howard Stringer, chair of the AFI Board of Trustees, heralded her with the following words, “Peerless in her mastery of both comedy and drama, she has won the world’s heart time and again by creating characters of both great strength and vulnerability. Her career as a director and producer is even further evidence of her passion for the art form and her seemingly boundless talents.”

Indeed, Diane Keaton is a terrific choice. Few have excelled at both comedy and drama with equal aplomb, and her list of films that have stood the test of time is unquestionable. ANNIE HALL, THE GODFATHER, THE GODFATHER PART 2, REDS, THE FIRST WIVES CLUB and SOMETHING’S GOTTA GIVE are just six of them.

She’s also starred in seminal works such as BABY BOOM, THE FIRST WIVES CLUB, CRIMES OF THE HEART and MARVIN’S ROOM. Why, a number of the films she’s done for Woody Allen alone firmly implant here in the comedy psyche of a generation including PLAY IT AGAIN, SAM, SLEEPER, and MANHATTAN. She’s also done sterling work in films that few remember as they were not big hits in their time. SHOOT THE MOON, as a sparring ex to Albert Finney after the break-up of their marriage, in particular, is a film that should be recalled more than it is. Her work in that was sometimes fierce, sometimes funny, but always complex.

The 70-year-old actress was nominated four times for the Best Actress Oscar. ANNIE HALL (1978) was her first nod and a win, but she was also honored by the Academy for her work in REDS (1982), MARVIN’S ROOM (1997), and the aforementioned SOMETHING’S GOTTA GIVE (2004). Keaton has won a slew of other awards, and she’s produced and directed too, even helming an episode of the television series TWIN PEAKS in 1991.

Keaton is only the ninth female recipient of the award, and she very possibly could be the only winner as well known for comedy as drama. (Okay, maybe Jack Lemmon gives her a run for the money in such duality.) But has any other AFI Life Achievement recipient also stood as a fashion icon for over 50 years? No. They haven’t.

She has always been outspoken and witty in interviews, and you know her acceptance speech at the award ceremony next June will be a special one. Many of her contemporaries should be there to applaud her including Warren Beatty, Al Pacino, Meryl Streep, Steve Martin, Goldie Hawn, Bette Midler, and Leonardo DiCaprio. It will be quite interesting to see if Woody Allen will come out to Los Angeles to participate in the event. It’s doubtful that he will, as he has shunned awards ceremonies for decades. He didn’t even show up to receive his Cecil B. DeMille Life Achievement Award from the Golden Globes two years ago. (My guess is that he’ll pre-record something. But he should be there.)

Keaton is such a worthy choice and continues the AFI’s recent streak of unquestionably smart choices for their award like Jane Fonda, Steve Martin, and last year’s first below-the-line talent – composer John Williams. In fact, the only bittersweet part of this latest honoree is the group of potential icons who it appears the AFI is going to pass over. Character actors who became above-the-title stars like Gene Hackman and Robert Duvall should have been honored. Robert Redford doesn’t seem 80, but the fact that he hasn’t been tapped is ridiculous. Perhaps he’s turned it down. (The story always was that Katherine Hepburn and Woody Allen have said “no” repeatedly.) Still, others blame the AFI passing him over on their competition with Redford’s Sundance Institute and Film Festival. If that’s the issue, on either side, get over it, please. And it’s still inexplicable that Michael Caine has yet to be honored. He’s starred in major films in six decades now. What does he have to do to get this career-capping accolade?

Still, this time is Keaton’s time, and the applause will be deafening from movie fans across the globe, including yours truly. Michael Corleone may have famously closed the door on her character Kay in the final shot of THE GODFATHER, but the AFI has swung their exclusive club door wide open and beckoned Keaton in. Bravo! 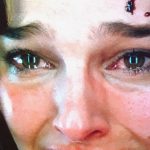 MY FAVORITE IMAGES FROM 2016 MOVIESnews, non-illustrated