My friends, this month The Establishing Shot celebrates its one-year anniversary! Thanks to all who have visited here and continue to come back again and again. I’m especially appreciative of those who share their thoughts in the message boards below. Part of the reason I called this blog The Establishing Shot was to take a shot at something and then let you keep the conversation going. So thanks to those of you who do so.

Today I’m going to take a shot at picking the best images from movies of 2011. It’s only fitting as the very first post of this blog was my picks from 2010. Here then are my favorite images from this past year. (And there are spoilers in some of them so proceed with caution.) 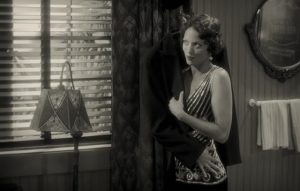 THE ARTIST
I’m tempted to choose this entire movie as one big favorite image, but I’ll restrict myself to two specific shots. My first and my favorite shot from any movie this year is the image below of ingénue Peppy Miller (Berenice Bejo) visiting the dressing room of George Valentin (Jean Dujardin). She has a crush on him and fantasizes about being held in his arms by putting her arm in the sleeve of his hanging coat. It’s a pantomime bit full of cheeky wit and effervescent sexiness. Who wouldn’t fall in love with that girl? Who wouldn’t fall in love with Michael Hazanavicius’ movie with moments like that? 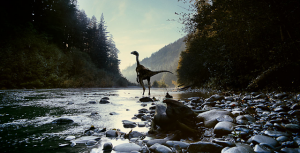 THE TREE OF LIFE
Another movie that has so many fantastic images, it’s hard to pick one. But for me, it’s most arresting shot was one that most thought wholly confounding. During the 20-minute sequence showcasing the creation of the earth, director Terrence Malick shows a dinosaur lying wounded in a stream. Another dinosaur enters the frame and thinks about killing him, but decides not to. This act of mercy is the earliest form of grace demonstrated on this planet, proving that nature can change, and humanity can exist anywhere.

TINKER TAILOR SOLDIER SPY
Some seemingly throwaway moments in a film can tell you everything about a character. The essence of veteran spy George Smiley (Gary Oldman) is captured in a funny and odd little scene involving a stray bee. After just picking up a retired spy from his home where his hobby is beekeeping, there’s an errant bee with them in the car. We watch the backs of their heads as his two colleagues try to bat it away. Smiley takes a different tack. He waits for the bee to get close to the window and then calmly rolls the window down, letting the bee escape. That moment tells the audience everything about the patience of the man who will smoke out the mole in MI-6 by letting the errant spy come to him.

MELANCHOLIA
The movie opens with a handful of stylized shots, frozen moments in time, of the movie’s characters reacting to the end of the world. One of them is a strange image of Charlotte Gainsbourgh clutching her child, sinking into the putting green on a golf course. It’s a shocking opening, unsettling as hell, but what does it all mean? By the end, you know. And it’s just as unsettling. 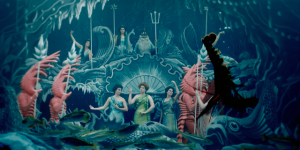 HUGO
In this children’s fable, when Hugo (Asa Butterfield) and his friend Isabelle (Chloe Grace Moretz) discover that her Uncle Georges (Ben Kingsley) is actually pioneering filmmaker Georges Melies, the story flashes back to his early years making movies. Director Martin Scorsese clearly adores Melies and painstakingly recreates the rich tableaus from his early work aided by his brilliant production designer Dante Ferretti. In a movie that is a visual wonder from its opening shot to its last, these moments are a treasure. 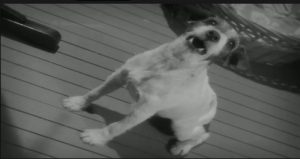 THE ARTIST
Uggie the dog gives one of the greatest animal performances in the history of movies in THE ARTIST. The canine’s wondrous acting ability is never more apparent than when he tries to stop his best friend George from committing suicide. Uggie’s fervent barking and pleading for George to put the gun down and choose life makes for one of 2011’s most moving moments. 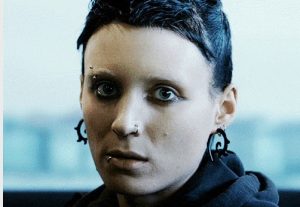 THE GIRL WITH THE DRAGON TATTOO
When cyber hacker/researcher Lisbeth Salander (Rooney Mara) visits her firm to report the findings on Mikael Blomqvist to Henry Vanger’s lawyer, the counselor asks if there’s anything she didn’t put in the report that may be useful. She offers, “He’s had a long-standing sexual relationship with his co-editor of the magazine. Sometimes he performs cunnilingus on her. Not enough, in my opinion.” She hits the first syllable of opinion so hard, emphasizing the ‘o’ that it’s rather startling. The fact that it’s accompanied by her unblinking stare at the lawyer makes it all the more so. She rattles him with her candor, and her blunt look and style define who she is in that first minute of her screen time.

DRIVE
A getaway driver (Ryan Gosling) gets involved with the wrong gangsters and they come gunning for him and the young, single mother (Carey Mulligan) he’s seeing who lives in his apartment building. The couple gets on the elevator together and the driver realizes that they’re riding with a hitman. As he readies to take him out first, he moves his girl out of harm’s way. The moment is shot in slow motion, making it all the more tense and poignant. It’s a moment both terrifying and beautiful, like all of director Nicolas Winding Refn’s taut, stylistic thriller.

WAR HORSE
In this wrenching World War I movie, Joey, a thoroughbred horse, is sold to the allied forces to be an officer’s steed. He becomes lost in battle and ends up being passed along from deserting Germans, to a French farmer, then back to the Germans again where he’s put to work pulling cannons up hills. When the allied forces move in, Joey is abandoned and becomes disoriented amidst all the chaos. He runs wildly through the trenches and the war fields, eventually becoming ensnared in ribbons of barbed wire. It’s absolutely harrowing to witness and director Steven Spielberg’s audacious scene is still haunting me. 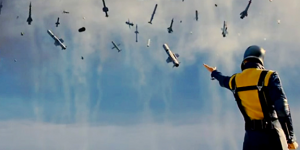 X-MEN: FIRST CLASS
This origins story imagines the X-Men’s formation in the early Sixties, at the height of the Cold War. Professor X tries to help prevent war in Cuban waters and calls on Magneto to help by using his metal-moving powers to exhume a villainous submarine from underwater. He strains to do so but manages to neutralize it. It’s one helluva trick. And then it’s gloriously topped a few minutes later when Magneto stops a slew of missiles aimed at the X-Men. As tricks go, it’s pretty darn neato. 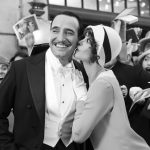 MY PICKS FOR THE 10 BEST FILMS OF 2011news, non-illustrated 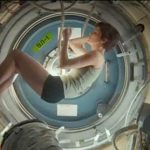 MY 10 FAVORITE IMAGES FROM 2013 MOVIESnews, non-illustrated