Some are calling THE FABLELMANS “a Steven Spielberg film, 70 years in the making.” Indeed, it is his fictional biography relating key moments of his childhood and how they hastened him into becoming a filmmaker. Yet as much as the story attempts to explain how he developed as a filmmaker in his youth, the movie’s truest accomplishment lies in showcasing how his fraught family life propelled him towards such a need for escapism. Film as escapist fare became Spielberg’s sanctuary and art. And while such scenes in the movie showing just how he become a crackerjack director are clever, it is the family moments that he shows us that speak to the true artistry of the director Spielberg has become over all those decades.

Early in the film, young Sam Fableman, the Spielberg character, is a 50s kid wondering why their house in the ‘burbs is the only one without Christmas lights. Played with puckish earnestness by Mateo Zoryan, Sam will soon develop both an understanding of the family’s Jewish heritage that makes them different from their neighbors, as well as an obsessive appreciation for cinema. That obsession starts when his parents, Mitzi (Michelle Williams) and Burt (Paul Dano), drive the family to the local bijou in December of 1952 to see Cecil B. DeMille’s THE GREATEST SHOW ON EARTH. Sam becomes obsessed with movies after that and is soon asking for a camera and film as his Hannukah presents.

The young boy starts filming everything in his view, from his family’s life to made-up stories he creates for his camera. Burt thinks it’s a fine hobby, imparting his electrical engineer wisdom to his son, while Mitzi provides the spirited inspiration. She’s not only Sam’s muse but is his favorite family member by far. And for a while, the family is as cute as any brood that Spielberg’s put on screen. But soon, Mitzi is revealed to be a woman suffering from depression, mood swings, and severe bouts of inertia. Burt and the family manage the fallout as best they can, but there is part of Mitzi that is unpredictable, dangerous, and unreachable.

One person who is able to touch her soul more than any other is her family friend Bennie (Seth Rogan). He’s a bit of a wild spirit himself, and Rogan makes for an engaging manchild in the first third of the film. Then, as the story starts to chart Sam’s growth as a filmmaker, the boy’s lens sees more and more of the family truths, warts and all. By his teendom, Sam (now played by Gabriel LaBelle) discovers that his mother has been cheating on her husband, and the tensions start to tear at the seams of the Fabelman family. To add even more angst to his youth, Sam starts to run into strident anti-Semitism at school with many of his WASP-y classmates bullying him by calling him a “Christ killer.” No wonder, Sam finds solace in his world of make-believe.

When Spielberg focuses his story on those troubled Fabelman dynamics that he wrote with vaulted playwright Tony Kushner (ANGELS IN AMERICA), the film comes close to such classic family dramas like ORDINARY PEOPLE, SHOOT THE MOON, and THE SQUID AND THE WHALE. Unfortunately, the script wants to spend too much time examining Sam’s filmmaking, scenes which by and large, are clever, but pale in comparison to the family spectacle. There’s almost a quaintness in such scenes as Sam’s filming his high school class’s summer ‘skip day’ or a ‘war epic’ with Sam’s teen buddies, and the length devoted to them on screen starts to grate.

As always, Spielberg’s production values are impeccable, and he works wonders with all the actors including Birdie Boria and Julia Butters as the Fabelman’s daughter Reggie and Alina Brace and Keely Karsten as daughter Natalie. Veteran character actor Judd Hirsch shows up too for a solid 10 minutes as a feisty uncle and just may garner an Oscar nomination for his vivid efforts. John Williams’ score, reportedly the last he’ll compose, is gentle, haunting, and piano-driven, perfectly underscoring the fragility of the Fabelman family. It’s a top-notch effort from all involved, and when the director lets Williams, Dano, and LaBelle tear into the material, the film is superb. When Spielberg focuses on Sam’s too cute by half filmmaking? Not so much.

That’s driven home all the more by the final scene of the film showing Sam meeting with his directorial idol, played by another director in a surprise cameo. The grizzled old coot lectures high school graduate Sam about how to position the camera when shooting. It’s technical advice, belying the fact that Spielberg just made the case for a camera being best served by simply shooting it at interesting people in an involving story. Intended or not, that’s the takeaway from THE FABELMANS. 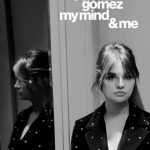 “SELENA GOMEZ: MY MIND & ME” SERVES AS A CAUTIONARY TALE OF FAMEnews, non-illustrated, Review 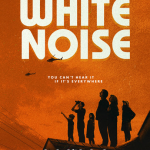