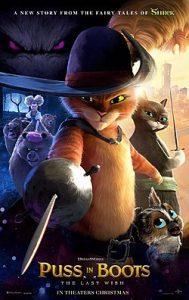 I saw three great animated films this year: GUILLERMO DEL TORO’S PINOCCHIO, MARCEL THE SHELL WITH SHOES ON, and the holiday release PUSS IN BOOTS: THE LAST WISH. I loved the feline character when he first stole the second SHREK movie back in 2004, but who’d have thought after numerous iterations, from films to TV specials, including Puss’s own stand-alone film PUSS IN BOOTS in 2011, that this long-down-the-road sequel would be so splendid? Making it all the niftier? In many ways, it echoes much of what was done by Antonio Banderas (Puss’s voice) in Pedro Almodovar’s PAIN & GLORY in 2020. Both that film and this one concern an aging protagonist reflecting upon his past while trying to reckon with his limited future. How cheeky is that?

Even cheekier? Puss isn’t just looking back on one life, but eight of ‘em. Cats have nine lives, of course, and that’s the jokey premise at the center of this sequel. And devil-may-care Puss has lived such a life of adventure and antics, his carelessness has cost him an octuple of mortality. Now, he’s got one life left and he’s feeling the need to slow down and take it easy, especially when death starts hounding him in the image of, well, a hound. Death (voiced by Wagner Moura) has red eyes and wields circular blades like he’s a ninja of death, and he’s quite scary. Thus, Puss isn’t just worried about what pitfalls may lie ahead of him, but he’s continually looking over his shoulder too.

That becomes even more of a problem for Puss when he’s pulled back into the world of derring-do when he’s forced to fend off Goldilocks (Florence Pugh) and her three bear crime family of bounty hunters (Olivia Colman, Ray Winstone, and Samson Kayo) out to get him. The quartet is also after a special map that promises a Wishing Star to be found in a magical forest, promising immortality.  Puss realizes that’s just the ticket he needs, so he joins forces with a cute and worshipful dog named Perrito (Harvey Guillen) and his ex-flame Kitty Softpaws (Salma Hayek) to find the Star first.

Of course, as everyone from Tom Wolfe to Marty McFly discovered, you can’t really go home again. And the more adventures Puss’s trio discovers as they follow the map into a secret forest, a treacherous mountain, or an icy glade, the more Puss realizes he cannot go back to being the cavalier cat he used to be. He’s now seasoned, a mature old salt who’s forced to mentor the youthful Perrito, not to mention own up to the damage he caused in his past romance with Kitty.

A lot of this is played for pathos, pulling at our heartstrings and affection for the adorable Puss, but a lot of it is utterly hilarious too as Puss battles his age, his fears, his foes, and crazy obstacles in the forest. Amongst his new enemies is Little Jack Horner (John Mulaney), a chubby villain who could give Brendan Fraser’s THE WHALE a run for his money. Jack’s after the map too.

It all makes for a crackerjack adventure, albeit one that is also a mature story about regret and loneliness, as all the characters here are lost souls looking for love. Each of the slate of characters is brought vocally to life by the game cast, particularly Banderas, Pugh, and Mulaney. The animation and production design are impressive too, taking a page from the look of the SPIDER-MAN: INTO THE SPIDER-VERSE film and its mix of cartoon styles, montages, and jump cuts.

Director Joel Crawford, working from a script by Paul Fisher and Tommy Swedlow, and a story by Swedlow and Tom Wheeler, finds the perfect balance between escapade and character development. Colman and Winstone aren’t slumming here, they’re parts get bigger as the show goes on. The production design is lovely throughout, and the pop culture references are sprinkled in throughout without becoming groaners or too obvious. And Banderas dots his performance with genuine sadness and aching maturity,  cleverly echoing what he did in PAIN & GLORY.  (Perhaps that film and this one would make for a unique double bill someday.)

Ultimately, the exploration of Puss’s pain and glory (Remorse the Cat?) made this more than just a sharp and lovely cartoon film. It made it one of the year’s best films, one to be treasured by any age. 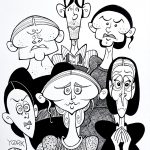 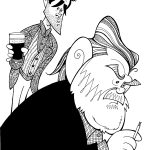