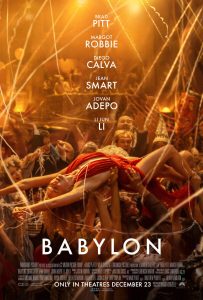 Stories about the days of early Hollywood have been told countless times in productions from the sublime (SINGIN’ IN THE RAIN and THE ARTIST) to the ridiculous (Ryan Murphy’s god-awful TV miniseries unimaginatively titled HOLLYWOOD). Now, comes Damien Chazelle’s raucous comedy BABYLON attempting to be both. What the filmmaker ends up with, however, is a noisy, overstuffed farce that is more frantic than funny, and almost wholly ignorant of Hollywood history. It’s supposed to be a frothy valentine to the industry but Chazelle’s comic sensibilities here are so heavy-handed and belligerent, it feels more like a Bronx cheer. Plus, he plays sloppily with period facts, and it makes this venture feel lazy.

For a man who in interview after interview extolls his love for the business, what Chazelle has put onscreen would give ammunition to any religious nutjob railing against the sins of Tinsel Town. His film starts with a raucous Hollywood party up in the hills to which day laborer Manny Torres (Diego Calva) is trying to deliver a full-sized elephant. Rather than give any solid reason why the beast would be wanted for such a soiree seems less critical to Chazelle than the base opportunity to make a number of flatulence jokes about the beast. It all leads up to one colossal dump of feces that is supposed to be side-splittingly hilarious, but it feels like too easy a joke. A true comic master like Blake Edwards would have known to top it with something funnier than just more poop. Chazelle makes the gag merely exhausting rather than exhilarating.

Once the party starts, it’s all sex and sin, with drunkards everywhere, fornication going on in numerous corners, and tons of nudity – male and female. Chazelle even throws in a little person dancing with an inflatable penis. Ha ha ha. And if that’s not enough Sodom and Gomorrah for ya’, Chazelle introduces main character Nellie La Roy (Margot Robbie), party-crasher and wannabe starlet, as a wanton woman writhing on the dance floor like the second coming of Salome.

In the same long, drawn-out party scene, Chazelle plays fast and loose with Hollywood history. An obese star is shown accidentally killing a comely party guest. It’s shades of Fatty Arbuckle, but Chazelle doesn’t call him that. Instead, he uses another moniker, but if you’re going to riff so close, why not go for the real McCoy? The same goes for the characters played by Brad Pitt and Jean Smart. He’s Jack Conrad, a clear spoof of Douglas Fairbanks, and she’s Elinor St. John, a gossip reporter based on Hedda Hopper. But why not do the real people? Chazelle has producer Irving Thalberg (Max Minghella) in the film as a supporting character, and Al Jolson appears onscreen in THE JAZZ SINGER in several scenes, so why not let Fatty be Fatty?

Chazelle knows how to entertain throughout the film, with some silent movie era filming making for compelling comedy and drama. When the last shot before the sun goes down comes together perfectly during a warrior epic, it’s both amusing and exciting. But then Chazelle undercuts such successes by shamefully ignoring too many truths about the industry at that time. He showcases a female director filming one major film after another in the Twenties when everyone knows women would not get such opportunities for many decades hence. Chazelle also portrays a Dietrich-esque chanteuse who’s blatantly out of the closet. Lady Fay Zhu (Li June Li) may be a compelling and sensual character in the film, but it’s disingenuous to show her being so sexually open in front of hordes.

Such disregard for the period feels disdainful, but then again, Chazelle plays fast and loose when it comes to other parts of that era. Why isn’t anyone wearing makeup in the silent movies shown being filmed other than the lead actors? Why is Margot Robbie’s hair so long and frizzy when no one wore a ‘do like that in the Twenties? Why are full orchestras playing musical accompaniment for film crews out in the desert? It’s inexplicable.

Robbie gives her part her all, even if she makes the character more irritating than delightful. Pitt is a droll hoot throughout, thankfully underplaying what could have been a caricature of a leading man, but too much of the film has a sweaty desperation to it. The camera work borders on delirium most of the time – Chazelle sure loves shots that swoop into the bell of a trumpet – and Justin Hurwitz’s score feels overly melodramatic for too many of the cues. Chazelle has pitched everyone’s performance so high and shrill here as well that when he starts to introduce pathos into the plot, the tone of his film lurches back and forth between being solemn and silly.

To his credit, Chazelle finds clever ways to showcase Nellie’s battles with sexist journalists that ring just as true today. The filmmaker also showcases Manny’s climb to the top with insinuating wit, but more often than not everything brushes up against garishness. This is supposed to be about his love for the craft, so where are the artists, men like Chaplin, Keaton, or Lloyd? Why is so much of the story utterly fictional when there are genuine stories that could be told? And while there’s always been plenty of the devil associated with the City of Angels, why does Chazelle lean so heavily into the awful and orgiastic? Even his title conjures up Kenneth Anger’s notorious book Hollywood Babylon, one of the nastiest exposes of the industry ever.

The 37-year-old Chazelle must love show biz as he’s made three big movies about the subject already (WHIPLASH and LA LA LAND being the other two). But here, he has an utterly discomforting way of showing it. BABYLON feels more like a critique of Hollywood excess and decadence rather than love. And ironically, his film is wholly guilty of those very same faults. 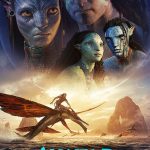 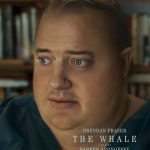