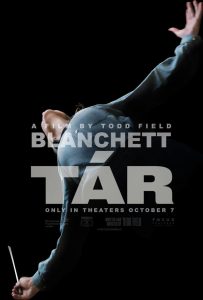 As I watched Cate Blanchett’s superb portrayal of Lydia Tár in the film TÁR, I tried to think back to when a film, fictional or otherwise, presented such a despicable lead female character. Maybe Charlize Theron playing serial killer Aileen Wuornos in MONSTER? Interestingly, Lydia is one too, a fictional fiend who makes a lot of folks suffer for her art in a film that begs the question if art is indeed worth such villainy.

As writer/director Todd Field’s story begins, Lydia is introduced to us by a lengthy description of her resume at an NPR event. The moderator rattles off a Wikipedia page’s worth of Lydia’s career highlights and clearly, she is not only a consummate artist but an icon as well. Musician, conductor, composer, humanitarian, feminist, mother, and even an EGOT winner, Lydia is one of the world’s greatest stars. And, as played by a frightfully intense Blanchett, Lydia is a person who commands your attention, full-stop. She takes over any room she walks into and turns everyone into either a lap dog or a flustered fool. She’s the smartest person in the room and not afraid to let every other person in that room know it.

But Lydia, as it turns out, is also one of the most foolhardy people in the room as well. As Field’s script slyly unspools, he shows us a person who’s not content just to prevail, but can only feel truly victorious when those around her lose. During her lecture to a class of conducting students, Lydia haughtily puts down any opinion that isn’t in lockstep with her own. (She even manages to insult legendary film composer Jerry Goldsmith, assailing him as not only a rip-off artist but a bigot as well.) At lunch with one of her colleagues  (Mark Strong) from the Berlin Philharmonic, she taunts him with the information she has that he desperately wants her to share. She teases him, like a cat with a doomed mouse, but cats are much nicer.

And even with those closest to her, Lydia cannot help but be manipulative, overbearing, and frankly, a conniving scoundrel. She lies brazenly and without hesitation to her lover/fellow musician Sharon (Nina Hoss), treats her aide Francesca (Noémie Merlant) like a second-rate gopher, and talks to peers as if they’re all a bunch of hacks. Granted, Lydia is supposed to be this generation’s Leonard Bernstein, but as her voice drips with condescension, and she breezily strides past everyone like they’re embarrassing vagrants on the street, the woman is closer to Cruella De Ville than to Lenny the mensch.

Soon, her awfulness becomes even more apparent as Lydia turns out to be a sexual predator, using her position to seduce subordinates, and being unrepentant in blurring lines professionally over and over again. What started out as a character study of an artistic antihero morphs into a psychological thriller. Lydia starts rushing about, trying to cover her multitude of sins, with the authorities and her orchestral board just a few steps behind her.

Field ratchets up the tension superbly as the walls start closing in around Lydia, but he fudges some on the issue of how forgiving we should be to a sinner even if they’re a great artist. The filmmaker doesn’t include enough music in the film to help us understand Lydia’s unique understanding of the art form, nor does he show why she’d think she could get away with all of her sins in this day and age of #MeToo. In the third act of the story, Lydia favors and coddles a new cellist (Sophie Kauer) so sexually and brazenly, it drains most of the goodwill we might still feel for the conductor.

What Field ends up with, whether he intended to or not, is a film whose obvious lesson is this – absolute power corrupts absolutely. Be it Icarus, Trump, or Tár, thinking you’re bigger than the gods is the surest path to downfall. TÁR remains a fascinating tale, beautifully realized, and incredibly acted by Blanchett. Still, it seems to want us to feel sympathy for a musician who struck me as far too clueless about the limits of celebrity and position in the arts to warrant it. At least Jerry Goldsmith was smart enough not to shit where he ate.

TAR was the preview night attraction for critics before the start of the Chicago International Film Festival last week. The CIFF always gets great movies and more reviews of such will be posted here in the coming days. 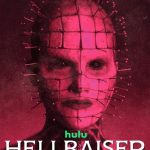 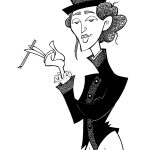