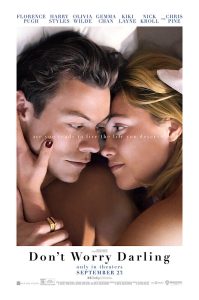 Florence Pugh is one of those talents who can elevate any project she’s in. Her verve, wit, and physicality have made good material greater, whether it’s MIDSOMMAR, LITTLE WOMEN, or HAWKEYE. Now, along comes the period sci-fi thriller DON’T WORRY DARLING, a big film with Pugh in the lead, and once again she elevates the material. Unfortunately, her talents are not enough to make up for the many errors that director Olivia Wilde makes in her second feature. Pugh is excellent throughout, but the material around her is derivative and disappointing.

The story concerns Alice and Jack Chambers (Pugh and Harry Styles), a young couple living an idyllic life in a 1950s company town called Victory somewhere in the deserts of California. Jack goes to work each morning at Victory HQ, but Alice doesn’t know what he does. None of the stay-at-home wives in her cul-de-sac do. The ladies don’t stir the pot, preferring instead to spend their days cleaning their homes, pampering themselves at the spa, or lounging around the pool. They all take the same dance class together too, taught by Shelley (Gemma Chan), the mysterious wife of Frank (Chris Pine), Victory CEO, and the town’s benefactor.

The set-up of all this is long, plus it feels satirical, more posturing than plot. Everything is too pristine and idealized, “Fifties” with a capital F for fake. All of the residents, other than Alice and Frank, including sexpot neighbor Bunny played by the director herself, play like period cliches. They drink, they smoke, they banter in the “Daddy-o” slang of the day – – it’s like MAD MEN was filtered through Mad magazine. Meanwhile, Alice starts having visions, her neighbor Margaret (Kiki Layne) starts rebelling against the patriarchy, and Jack clearly starts lying to Alice’s questions about his work. And at every company gathering, Frank talks like a cult leader, encouraging everyone to be loyal to the company. What’s going on here?

You can guess if you’ve ever seen an episode of THE TWILIGHT ZONE, or the movies THE STEPFORD WIVES, ETERNAL SUNSHINE OF THE SPOTLESS MIND, and WESTWORLD. Bits and pieces of each are all present in Katie Silberman’s imitative script. Wilde, for her part, seems less interested in working out the kinks in narrative coherence and more in showing off her sterling production values. But the director blunders the character of Alice, despite Pugh’s best efforts. One minute Alice is hallucinating that the house’s walls are trying to crush her, the next minute, she’s hectoring her neighbors for not believing her story about Margaret trying to kill herself.

In addition to her unreliable narrator issues, Wilde botches the direction of most of the actors. In her debut film BOOKSMART, Wilde ably directed a vast and mostly under-25 cast like a director to the manor born. Here though, most of the performances are hammy, or in the case of Styles, almost non-existence. The promise he showed as an actor in DUNKIRK is nowhere to be found in his thoroughly dull and unimaginative performance as Jack. He may look handsome in a sharkskin suit, but his performance is threadbare.

When the big reveal comes in the third act, it has some shock value, but it’s a long slog till such revelations. Wilde and Silberman did exceptional work when they collaborated on BOOKSMART, but their follow-up together stands as one of the year’s biggest disappointments. No wonder all the gossip about production problems between Pugh and Wilde has eclipsed the discussion of the actual film they made together. The backbiting stories are much more intriguing, mysterious, and dramatically compelling than what ended up on the screen. It looks great, but even Pugh couldn’t make this one worth watching. 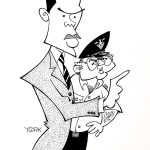 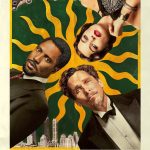 THE ALL-STAR “AMSTERDAM” DOESN’T LIVE UP TO ITS POTENTIALnews, non-illustrated, Review