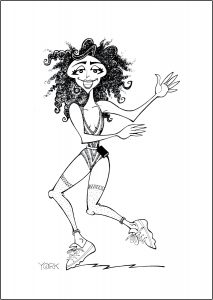 Rose Byrne is an actress who seems capable of playing any kind of role. She was dead serious in the run of the TV series DAMAGES. She stood toe to toe comedically with the estimable Kristen Wiig and Melissa McCarthy in BRIDESMAIDS. The Australian actress even played as raunchy as Seth Rogan could in NEIGHBORS and stared down demons with aplomb in the INSIDIOUS horror franchise. Frankly, her take on Gloria Steinem last year in MRS. AMERICA was so slyly superb that it bordered on criminal that she was overlooked by the Emmys for that performance. What Byrne hasn’t done in her career is get enough chances to play out-and-out leads. That changes with her spectacular turn in the new AppleTV+ series PHYSICAL premiering this Friday, June 18. It’s not only her biggest role to date but her finest work as well.

What makes Byrne so terrific in the role of Sheila, a frustrated California housewife in the early 1980s looking for purpose and happiness, is that she is so adept at playing the broader aspects of the character as well as the subtler ones. Sheila may look put together, but she’s a wreck inside. Still, she’s proud enough and trained well by wealthy parents, not to mention a sexist society, to not let those cracks appear. To cover her crippling insecurities, including an inner voice we hear ragging on her continuously, Sheila has become a first-class liar. She lies about everything, from her feelings to her actions to her sins. And Byrne uses all the skills in her acting arsenal, from little flickers of her eyelids to drooping shoulders to where she places her hands, to reflect all that consternation brewing in Sheila. We laugh and wince as Sheila is so comic and tragic.

Society, men, and the demands to be both madonna and whore have done a terrible number on the character. Sheila doesn’t think she’s ever smart enough, strong enough, or attractive enough, and she questions almost every move she makes. Sheila is also bulimic, gorging on fast food and checking into motels to privately indulge and then regurgitate the evidence.

The world around her adds to her angst. She loathes her self-absorbed, sexist husband Danny (Rory Scovel). He thinks he’s clever enough to become a state politician and Sheila’s inner voice disparages him almost as much as it does her. Meanwhile, motherhood exhausts Sheila, as she is the main parent looking after daughter Maya (Grace Kelly Quigley), and the shallowness of her circle of female friends irks her daily. All this makes the character hugely flawed, but we never lose sympathy for Sheila and her neuroses. Byrne makes her relatable, pitiable, and hugely likable no matter what sins she’s committing.

Sheila takes a turn for the better when she discovers aerobics. It frees her body and increases her confidence. Soon, she’s not only taking classes with Bunny (Della Sable), the moody owner of a local studio, but she’s going into business with Bunny’s surfer boyfriend Tyler (Lou Taylor Pucci). The dude may love to get stoned, but he’s starting to dabbling in video and Sheila realizes that there’s a market for at-home workout tapes. She figures a lot of women would rather work out in private, and that a lot of drooling men will take a look too at women bouncing around and sweating.

PHYSICAL is a dark comedy that gets darker and darker as the series goes on. It also gets more and more surprising. It never goes quite where you think it’s going, and all the characters surrounding Sheila are rich, three-dimensional, and given thorough character arcs throughout the 10-episode run. Entering her brave new world are lonely school administrator Greta (Deirdre Friel), conflicted business owner John Breem (Paul Sparks), and Danny’s stoner buddy/campaign manager Jerry (Geoffrey Arend). The cast is wonderful, matching Byrne’s energy and commitment. Don’t be surprised if they are in contention next year for Best Ensemble at the SAG Awards.

Show creator and head writer Annie Weisman has delivered a show that can be as searing as it is silly. (The series is being dubbed a “dramedy.”) Weisman makes fun of the period, critiquing color charts, excessive pastels, and shopping malls, but her bigger targets are the period’s sexism, Reagan-era politics, greed, and quick-fix health solutions that started running rampant during that time.

Weisman and her directing team make every episode pop with edgy dialogue, physical shenanigans, vivid costuming, and letter-perfect production design.  And the show gets the weird world of video aerobics dead to rights. When Sheila and Bunny bounce about in their leotards on tape, they perfectly conjure up the cheesy, soft-core naughtiness found in so many workout tapes from that era like THE FIRM to THE 20 MINUTE WORK-OUT.

Dark comedies may not be everyone’s cup of tea. And the 80s may have been done to death lately in pop culture, but PHYSICAL transcends period to become a timeless tale about a woman navigating her place in a world that wants to hold her back. And such a story is always worth getting worked up about. 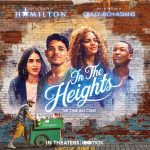 “IN THE HEIGHTS” BRILLIANTLY SINGS THE PRAISES OF COMMUNITYnews, non-illustrated, Review 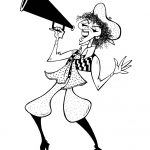 “RITA MORENO: JUST A GIRL WHO DECIDED TO GO FOR IT” IS A TALE OF TALENT AND SPILLING TEAillustrated, news, Review