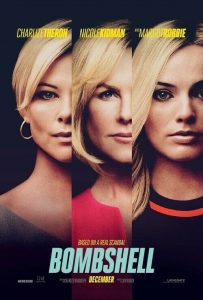 There are a number of admirable qualities to the new film BOMBSHELL. It chronicles the true story about how a number of Fox News female employees took down boss man Roger Ailes and helped kickstart the #MeToo movement. Its script is pithy and often searing. The ensemble is first-rate and recently received a nomination for Best Ensemble by the SAG Awards. And director Jay Roach certainly knows what he’s doing around such fare, having previously directed the award-winning RECOUNT and GAME CHANGE on HBO. So, why does this timely film still feel incomplete and frustrating?

Could it be that it’s difficult to muster sympathy for protagonists such as Megyn Kelly and Gretchen Carlson who were willing participants in the fearmongering and negativity that the network thrives on for many years? Does the film also suffer from creating a made-up character as one of the three women intimately involved in the takedown? And does BOMBSHELL gloss over too many facts and famous figures there, including top star Bill O’Reilly who was taken down by #MeToo as well, but is barely in the movie? Indeed, such facts make BOMBSHELL as well-intentioned but flawed filmmaking.

Charlize Theron plays Megyn Kelly, Nicole Kidman is Gretchen Carlson, and Margot Robbie has the part of Kayla Pospisil, the composite, fictionalized character mentioned earlier. All do excellent work here in three separate but equal parts of the story. Charles Randolph’s script gives them very little screen time together. Instead, he shows the problems each of them had with Ailes, a man who never seemed to miss a chance to belittle, threaten, or come on to a female employee. (Arguably, Ailes is the main character here, realized by a wonderfully vile John Lithgow under heavy makeup and a bodysuit.)

The scenes where they confront Ailes individually crackle with suspense and dread. Yet, it seems all were well aware of Ailes’s reputation and his modus operandi at Fox, so why were they shocked at his skullduggery when it was aimed at them? It’s the first of many questions one is left to try and figure out as the script doesn’t fill in those blanks thoroughly.

Sure, the script indicts Kelly for some of her arrogance, like when she made the infamous claim that Santa was white and could never be presented as ethnic, even though he’s a fictional character, but it conveniently fails to include that the tin-eared anchor said that Jesus was white too. (He was a Middle Easterner, thus not exactly Caucasian.) Sure, the film shows her husband criticizing her for towing the network line in her softball interview with Donald Trump as a follow-up after their GOP debate skirmish, but the film still treats her throughout as a profile in courage.

Kidman comes off as a lot shrewder than Carlson usually did on FOX & FRIENDS, but she definitely had the steel to go after Ailes the way she did. The scenes with her lawyers (Stephen Root, Robin Weigert) snap with wicked banter. Still, where are the scenes with her laughing and egging on her cavemen co-hosts all those years, including her chiming in on all the ‘birtherism’ they trafficked in? Again, such ommissions seem almost egregious.

Robbie is wonderful in every scene she has, from the relationship she has with a closeted co-worker (Kate McKinnon, cleverly underplaying), to her humiliating interview with Ailes for an on-air role. As Ailes forces her to raise her skirt higher and higher, the range of emotions cascading across Robbie’s face is some of the year’s best screen acting and could net her this year’s Best Supporting Actress Oscar. Even so, the role is lessened by being a composite.

A number of famed Fox personalities show up too: Susan Estrich (Allison Janney), Kimberly Guilfoyle (Bree Condon), Jeanine Piero (Alannah Ubach), and Gretchen Carlson (Anne Ramsey) are shown, some with a lot to do, like Estrich, some are practically cameos. There are too many roles that are marked more by how much the actor are made up to look like the famed person they’re playing rather than by any discernible character traits that are given to them in the script.  Richard Kind is one such example. He shows up here as Rudy Giuliani, promising juicy comedy,  but instead, he only has a handful of lines and then completely disappears from the narrative altogether. What a missed opportunity.

BOMBSHELL is considered one of the better bets for Best Makeup & Hairstyling at the Oscars this year due to the physical transformations of Theron into Kelly and Lithgow into Ailes. If only the story of such characters were written as fully and expertly. As it stands, the script could have used some, dare one say, fleshing out. 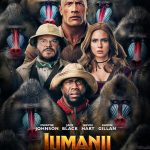 “JUMANJI: THE NEXT LEVEL” STRUGGLES TO RAISE THE GAMEnews, non-illustrated, Review 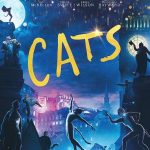 “CATS”, QUITE SIMPLY, IS A DOGnews, non-illustrated, Review