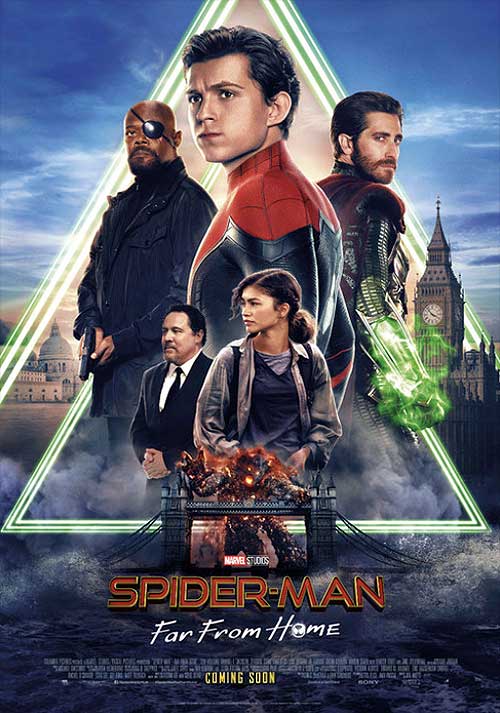 Where should the Marvel Cinematic Universe go after the epic, all hands on deck finale of AVENGERS: ENDGAME? It looks like SPIDER-MAN: FAR FROM HOME has the right idea. This Spidey sequel tell a story that’s smaller, more intimate, and with a distinct emphasis on character. It may not reach the heights that last year’s animated and Academy Award-winning SPIDER-MAN: INTO THE SPIDER-VERSE achieved, but as superhero films go, it’s easy, breezy, and satisfying. Also, it has the best post-credit teasers in many a Marvel moon.

The film’s story picks up soon after the Avengers saved the planet and returned the population lost when Thanos snapped his fingers in AVENGERS: INFINITY WAR. And while Peter Parker (Tom Holland) is grateful that many of his classmates have returned, he’s still mourning the loss of his mentor Tony Stark (Robert Downey Jr.). It’s hard for the teenager to move on, especially when Happy (Jon Favreau), Stark’s right-hand man, shows up with a special gift for him – Tony’s A.I. infused glasses. Those glasses come in handy on his science class’s trip to Europe where he’s trying to figure out if his girl crush M.J. (Zendaya) is interested in the handsome and confident Brad (Remy Hii). Peter taps into their cellphones to read corresponding text messages and ends up unwittingly ordering a drone strike on Brad. Oops!

Peter gets out of that jam, but then Nick Fury (Samuel L. Jackson) shows up, demanding that he help thwart some environmental villains based on the elements, alongside a mysterious superhero named Quentin Beck (Jake Gyllenhaal) who hails from a parallel dimension of planet Earth. Mysterio, as Peter dubs him, quickly becomes a stand-in father figure to Peter, filling the void left by Stark’s death. And soon enough, they’re fittingly saving Europe together as they battle and prevail over two monstrous demons – a water monstrosity in Venice, and a fire demon in Prague.

The fun of these set-pieces is two-fold. One, the CGI is deftly done, never overstaying its welcome and happening in real settings, so it’s all the more believable. And two, the characters really come through in the action. Parker’s uncertainty translates to his movements even as Spider-Man, and despite his extraordinary abilities, his hesitancy speaks volumes about his character. One of the reasons that Spidey is so beloved is that he is a vulnerable kid in these films, even though Fury insists he takes upon adult responsibilities. That makes for a more uncertain hero, one whom the audience isn’t always sure will prevail.

Mysterio’s backs story is fascinating and seems to want to play off of the alternate universes of Spidey from the Oscar-winning animated film this past spring. That opens up interesting possibilities for future films, but here, it’s more of a tease. The truth of who this new foil is are much more grounded, though such revelations allow the special effects team here to mine some new territory – the world of VR that is becoming so prominent across all our entertainment devices.

None of the strengths, from the shrewd use of CGI to the deftly done action sequences to Parker’s vulnerabilities, would matter if we didn’t care about the main character at the center of it all, and in Tom Holland, the MCU has found the most likable and relatable Spidey yet. Interestingly, Holland is given very little dialogue. In almost every scene he’s in, the other characters say much, much more. That means the young actor mostly reacts, but his facial expressions and body language speak volumes. He’s one of the best actors of his generation, and it would behoove the MCU to keep him for several other films in this franchise.

But he’s not the only game in town. Zendaya is terrific, underplaying the cynicism of M.J. and letting the sweet kid come through, even under all her sourness. Favreau is always a comic delight, and despite being one of today’s most sought-after directors, he should do more work in front of the camera as well. Gyllenhaal makes the most of all the layers revealed of his character as his true identity makes for one of the better rug pulls in the MCU history.

Additionally, the script by Chris McKenna and Erik Sommers gives a lot of the third tier characters a lot to do. Hii and Angourie Rice as his love interest Betty are cute and funny in their mismatched romance abroad. As the two teachers chaperoning the trip, Martin Starr and J.B. Smoove hilariously brighten the picture each time they show up. Only Marisa Tomei gets shortchanged, as one wishes that her Aunt May had more screen time, particularly when she can throw off sarcastic zingers with such aplomb.

Jon Watts’ direction moves things along at a crisp pace, never dwelling on anything too long or underlining gags. There are posters and murals throughout the film of Tony Stark, as the sacrifice he made to save the world has turned him into a mythic figure, but Watts doesn’t oversell the idea. His ability with actors and comic sensibilities make this Spider-Man movie as funny as anything in the MCU, including the zany ANT-MAN films too. In fact, the only real quibble here is that Marvel produces so many films, their superhero specialness is starting to wane a bit. Luckily, this one is done so well that it never wears out its welcome even if we’ve seen dozens of superhero movies this past decade.

And, as previously mentioned, the post-credit sequences are a hoot, nicely setting up the call for yet another web-slinger adventure. Just when we think we may have seen enough, we get stuck in the web again, wanting more. Bravo, Marvel. 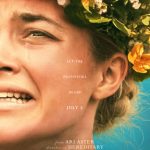 “MIDSOMMAR” IS AN ODD BLEND OF CLEVER HORROR AND HOARY CLICHÉSnon-illustrated, Review 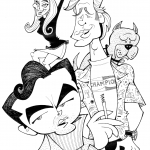 “ONCE UPON A TIME IN HOLLYWOOD” IS MASTERFUL, IF NOT QUITE A MASTERPIECEillustrated, Review