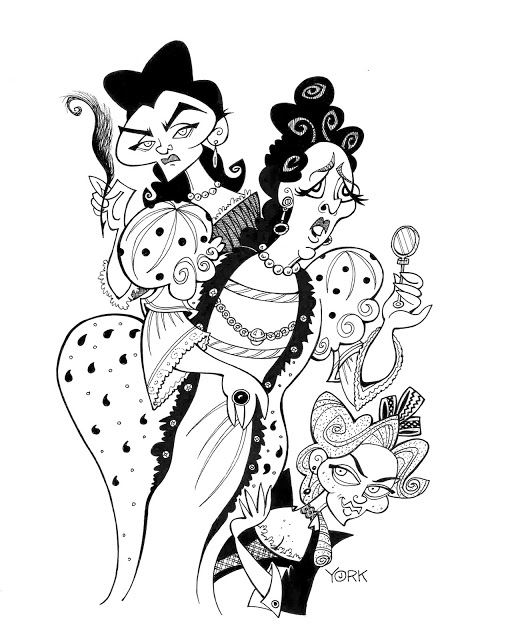 THE FAVOURITE would be an exceptional, noteworthy film in any year. It’s whip-smart, raucous, and daring, a pungent black comedy that’s expertly produced and provides a rare showcase for three actresses at the top of their game. But in the era of Trump, Brexit, and burgeoning autocracy worldwide, it is impossible not to read THE FAVOURITE additionally as a scathing metaphor of modern leadership. At the center of its story is an insecure, out-of-their-depth ruler who is surrounded by opportunists assisting in laying waste to the kingdom. (Sound familiar?) And, like all great period pieces, this film says as much about our contemporary times as it does of yesteryears.

The screenplay, written by Deborah Davis and Troy McNamara, is both historical document and editorial. It acutely tells the genuine truths of Queen Anne and her tempestuous reign of England in the early 18th Century. Yet, it’s also a pointed editorial, slamming the monarchy, partisan politics, and the way absolute power corrupts absolutely, even when it involves three women who should all know better.

Queen Anne presented in the film is a fragile and fickle woman. She’s a spoiled royal who’s never known any other life and therefore has the maturity of a bratty child. Olivia Colman has a field day playing this gauche woman, ranting, raving, chomping down sweets and crashing around the palace with wild abandon. It’s a huge performance, yet still recognizable. Colman plays Anne as a hurt child, one who acts out for love and attention because no one really gives her time, love, or respect.

Anne is often grotesque, braying like a jack-ass at the help, or plopping her ailing, gout-addled leg around as if it was a nasty dog. Yet, despite such largess, Colman does the miraculous, injecting her almost caricature with pathos and longing. She’s getting such awards chatter because she makes you feel for this monster. And when the character tears up talking about her miscarriages and loneliness, it’s palpable. Colman’s hesitancy in delivering certain lines give Anne a vulnerability that helps us invest in her even when she’s at her most garish. It’s honestly something to watch, both hilarious and moving.

Anne thinks Sarah Churchill, the Duchess of Marlborough (Rachel Weisz), cares for her, as she is her dearest friend from childhood and her closest advisor, but it’s mostly a ruse. Sarah is out for herself and manipulates Anne at every turn to forward her own agenda. There’s something admirable about a woman acting as ruthless as men to gain power, but it nonetheless makes the beautiful and poised Sarah look ugly and small. She’s a well-put-together Steve Bannon here, duping the boss into enacting what she deems as correct for the nation. Too smart by half, and too calculating by a country mile, Sarah revels in ruling the roost as she literally and figuratively pushes the ailing Anne around in her wheelchair forcing her to do her bidding.

Weisz wisely underplays her Iago-esque character, subtly suggesting an evil that doesn’t need to be loud or sneering. Instead, Weisz makes sure her Sarah is always utterly composed and poised in her presentation. Sarah lies to Anne like it’s second nature, confounding her with her double talk and policy jargon she can’t possibly fathom. Weisz gives one of her best performances here, never speaking above an indoor voice and barely registering rage across her implacable face.

But then Abigail Masham (Emma Stone) shows up and ruins Sarah’s world. Abigail is a former lady of prominence who’s fallen on harsh times, and Sarah tries to help her bereft cousin out by hiring her for work in the palace. Sarah starts in the kitchen, but in record time establishes herself as the Queen’s new favorite attendant when she helps soothe her gout with some herbs. Abigail turns out to be just as manipulative as Sarah is, feeding Anne’s fragile ego, and even going beyond what her cousin is willing to do to keep her happy. Sarah has a secret lesbian relationship with Anne that Abigail discovers, but the two barely kiss. To one-up her cousin, Abigail not only dives in with full-on kisses, but she’s willing to let her tongue, hands and nude body explore all of Anne. At one point, Anne boasts to Sarah that she likes sex with Abigail because “she likes putting her tongue in me.”

Stone revels in playing such a desperate and conniving upstart, though she never overplays it either. Even late in the game when she’s wholly ingratiated herself to Anne and coolly considers crushing one of Anne’s many pet bunnies under her foot, Stone doesn’t overdo the reveling. Instead, she acts more amused than anything at how easy it would be to crush the poor creature, almost as quickly as Anne who’s also under her control.

Historically, Anne did share a lesbian love triangle with Sarah and Abigail, but like is so often the case with sex, it was really about power. Both women did it to curry favor with the queen knowing that they could never serve in Parliament or have a smidgen of privilege that men had at the time. One of the better jokes in the movie is how those men with the station are all weak and ineffectual by and large, being portrayed as feckless fools or pampered fops. Nicholas Hoult gives a standout supporting performance as the egotistical and powdered pretty boy Harley. He thinks himself a master politician, manipulating Abigail to bend the queen’s ear, but it’s really the young lady who’s got his number. In “The Favourite,” the women use their wiles on everyone, including each other. The men just don’t stand a chance.

Director Yorgos Lanthimos does a sublime job of keeping all of this percolating along, deftly keeping the comedy of manners razor sharp and focused. Every outrageous set piece serves a purpose too, whether it’s a ridiculous dance routine that shows how outright silly the one-percenters are in what they think gives them savoir-faire, or in the brutal scenes when Sarah teaches Abigail how to shoot game birds. Those scenes, where they’re “hunting” each other could’ve been heavy-handed, but both Weisz and Stone play them so drolly that they remain sophisticated even when blood and mud are splattered about to sully their characters.

Lanthimos uses wide angle lens to underline some of the comedy, as well as the fishbowl existence the three women live in. It’s a gilded cage, of course, and the production design is pitched to be accordingly garish. The music is a mix of recognizable classic pieces as well as some original compositions that lend an eerie tension to certain moments. At times, the film comes close to playing like a horror movie, but then in a world that shows an unworthy monarch allowed to run roughshod over law and reason, why shouldn’t it? THE FAVOURITE is telling us that as frightening as it must have been back then, such behavior today should be even more disturbing, if not outright terrifying. 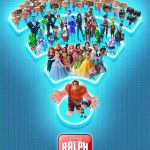 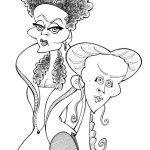