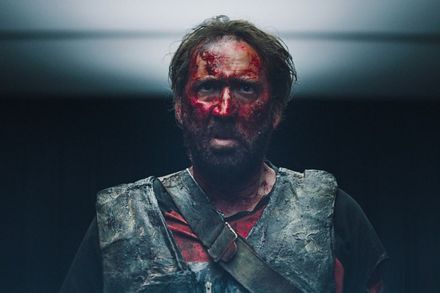 The new horror/thriller MANDY is perhaps the most artistic B-movie ever made. Director Panos Cosmatos has given it an exquisite sense of craft, the kind usually reserved for A-list fare. MANDY may have buckets of blood, outrageous violence, and a Nicolas Cage baying at the moon, but damn, if it isn’t gorgeous.

The film’s plot is fairly standard revenge fare. Red Miller (Nicolas Cage) is a humble lumberjack who’s driven to vengeance after seeing his wife murdered by the crazies in a religious cult. It really just needed to be mean and violent and it would’ve satisfied the bloodlust of audiences who go in for this sort of thing. Yet, Cosmatos clearly wanted this one to be much, much more. This is grindhouse meets arthouse. 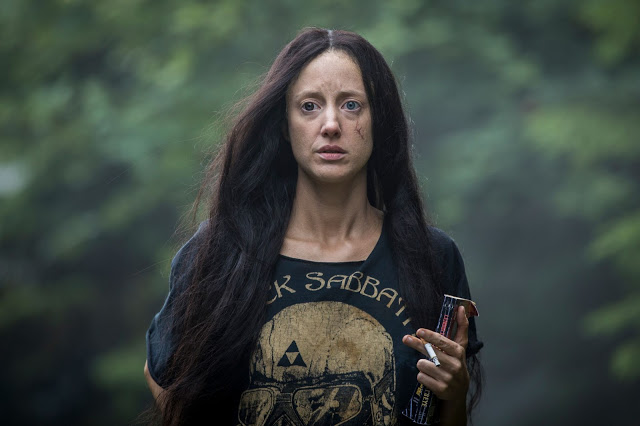 Cosmatos, son of TOMBSTONE director George P. Cosmatos, fills every frame with gorgeous imagery and loves to show off his lens gels, morphing edits, and detailed compositions. Indeed, much of what he puts up on screen is memorable. A body writhes in poetic slow motion as it is burned alive in a suspended sack. Red’s animated visions are haunting cartoons, like something out of 1981’s animated feature HEAVY METAL. And when a church burns down, its destruction is utterly resplendent.

The director certainly makes every image count, although his work as an actor’s director is more of a mixed bag. Cage is an actor who can chew the scenery like a starving dog and Cosmatos lets him chomp away. On the other hand, the director manages to get subtler work out of costars Andrea Riseborough and Linus Roache. There’s also a terrific Bill Duke monologue late in the game that makes one wish he showed up in more features.Why all of them chose to do this film is anybody’s guess, but at least Roache gets to play something miles away from the dignified suits he usually plays in movies and TV. Here, he’s the villain, the cretinous cult leader Jeremiah Sand, and Roache revels it cutting loose. He’s one part Brian Wilson, one part Charles Manson, both California sunny and demonically dark in the part. 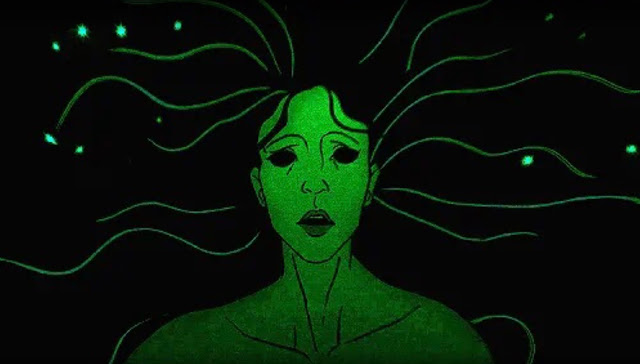 Riseborough plays her part of Mandy more enigmatically. This odd, aging flower child is hard to pin down. She’s sweet and loving towards Red, but quirky and stand-offish with others in the story. When Sand sees her walking along the road, he falls in love with the girl, even though she transmits a creepy Susan Atkins vibe. He has his minions kidnap her in the middle of the night to be his sexual slave, but she’s not easily moved by his charms. When he dances naked in front of her in an attempt at seduction, she howls viciously at him.

Sand punishes Mandy for her rejection in that burning bag, and even forces Red to watch. It drives him over the edge, and sadly, the film goes right along with it. After that, the film starts to become more and more silly, with Cage dominating the action with his hokey overacting. And no matter how beautiful Cosmatos makes it all, the film essentially turns into a parody with cuckoo dialogue and overwrought fight scenes. At one point, Red cuts a bad guy’s throat and the blood gushes out all over Cage’s face like it’s a college plebe projectile vomiting. And it goes on for so long, you can’t help but cackle. Now, the grindhouse/arthouse has become a carnival funhouse.

Cage keeps adding to the humor. He paces, grimaces, pouts, yells, sobs…all dialed up to an 11. The scene where he binges a bottle of vodka in the bathroom has to be seen to be believed. The Oscar-winning actor courts serious Golden Raspberry consideration with his overwrought froth in this film. You half expect him to turn into one of the literal cartoons Cosmatos utilizes, but I guess a human caricature is close enough.

Does trash like MANDY deserve all of the arthouse window-dressing applied to it? No, not if it’s going to become a joke with a third of the film left. Its rich imagery may help it stand out in the cinema landscape, but such application is way too artsy-fartsy for what’s going on here. At one point, while being stabbed in the chest, Red bellows at his tormentor, “Hey! That’s my favorite shirt!!” With lines like that making it into the final edit, I’d hate to see what was left on the cutting room floor.Let’s just hope that for his next project, Cosmatos finds a worthier script for him to apply his considerable talents to. He may have polished MANDY to a high sheen, but no matter how bright and shimmering it may be, the thing is still a turd. 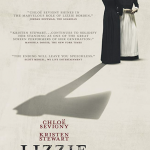 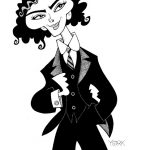