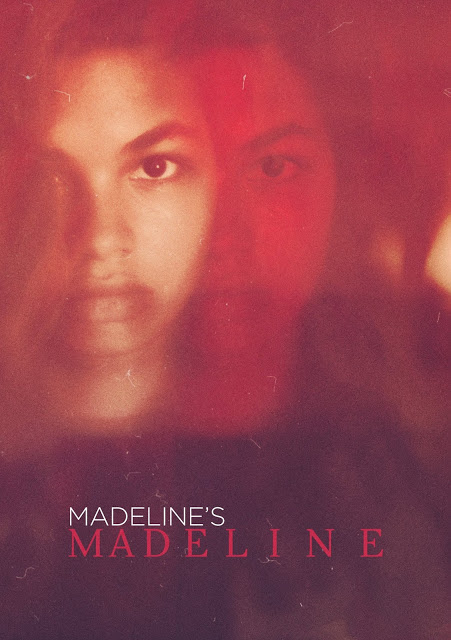 The new indie character study MADELINE’S MADELINE opens this weekend at The Music Box theater, as well as other arthouses throughout the nation, and it is not for the faint of heart. It’s an intense, intimate portrait of what it’s like to be a young and talented actress, as well as a teen caught between two passive-aggressive mother figures. The film is a snapshot of a few days in Madeline’s life while she’s taking an improvisational acting class. Her quest is to find the truth in her work as well as find out more about herself as well. As both actress and teen, Madeline is a girl on the brink, chock full of verve, and fraught with emotion. Madeline’s journey is both exhilarating and more than a bit disturbing. At times, it almost feels like psychological horror, and it makes this no run-of-the-mill coming of age film.

Madeline (Helena Howard) is not quite a high school senior in New York City, but she’s one with a maturity of talent that is already drawing the eye of the drama community. What makes her so exceptional? Madeline is one very open, intuitive and expressive performer. She’s strong in voice and almost dancer-like in her body movement and control. Trying to mold her into something truly remarkable is Evangeline (Mollie Parker), the director of her improv class. Evangeline’s methods are similar to Madeline’s talent. They’re big and bold too, grabbing onto the work with two fists. Evangeline is actually a bit too extroverted in her methods, regularly overstepping her bounds as both an instructor and mother figure. She wants to get under the skin of her pupils, becoming their friend, life coach, and even muse.

Such attention is catnip to someone like Madeline who needs the petting and strokes that she’s not getting at home from her narcissist mother Regina (Miranda July). Instead, the high-strung woman badgers and bewilders her daughter with her insecure motherly style. She’s so self-absorbed that when Madeline pulls a harmless prank, Regina makes her sit in the car and chew over in for a long and painful time-out. It’s as excruciating for the audience to watch as it is for the young girl to sit idle in the car as her mother goes on and on with her bereavement.

Both Evangeline and Regina are not only smothering in their manner, but they seem to be on a mission to manage Madeline’s body, mind, and soul from her. Thus, who will truly lay claim to the teen? Will she be Madeline’s Madeline, or someone else’s to push around and control? (Hence, the film’s clever title.) 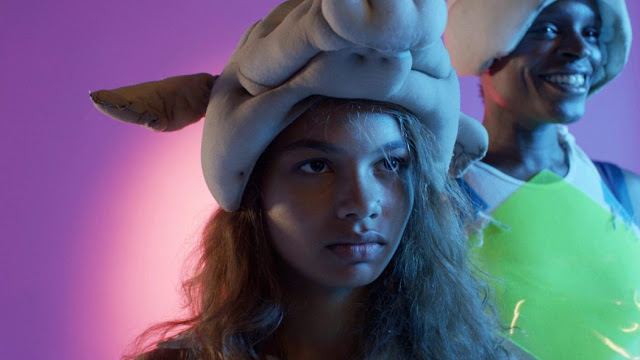 Helena Howard as Madeline.Madeline does find a certain solace in her acting class, if only because everyone else there is a fellow traveler on a journey of self-discovery too. The young woman is able to express herself without editing there, and it emboldens her. Evangeline may push her hard but Madeline feeds off of it. Unfortunately, is ravaging her and the girl is starting to crack.

Evangeline’s motives may be that of a teacher or a jealous has-been, and it’s to Parker’s credit as an actress that we don’t know exactly how to read her character. Madeline is unsure too, and it draws us closer into the struggles of the teen. We can see the effect all of the self-examination of acting is having on Madeline, and some of it is funny, other parts, horrifying. Watching the girl act like a cat in class, and at home, is both funny and frightening. There seems to be a very thin line between method acting and insanity within Madeline.

In some respects, the movie could almost be interpreted as a dark comedy, a scathing indictment of the Stanislavski System of teaching acting as “emersion and using an actor’s conscious thought and will in order to activate other, less-controllable psychological processes like memory or subconscious behavior.” The angst, pain, and sweat we see Evangeline pulling out of all of her actors may seem utterly ridiculous to the layman, comical in the class’s deadly serious take on it all. Evangeline is the kind of earnest and dedicated teacher that the character Diana Morales from A CHORUS LINE wouldn’t like any better than Mr. Karp.

But for anyone who thinks that acting is merely reciting lines and avoiding bumping into furniture, this film eradicates such naivete. Director Josephine Decker and co-screenwriter Donna Di Novelli have created a film that is as intense a workout for the audience as it is for those in Evangeline’s class. It’s raw and unblinking in its portrayal of the craft, at times playing like a fever dream that’s chock full of hallucinatory images.

The filmmakers put us in Madeline’s head so vividly, some in the movie theater may not be able to handle it. Her brain is a scary place. But then, who wouldn’t be a little off their rocker being forced to sleep and breathe the demands of such a teacher as Evangeline who wants her pupils to crawl on their bellies pantomiming animals, screaming vocal exercises at the top of their lungs, and extemporizing on the spot their most intimate and personal fears and histories. Acting, the film is telling in scene after painful scene, ain’t for sissies. Creation is always hard work, especially when you’re working on creating yourself.

The actors all do intense and moving work, so real, so raw. Both Parker and July turn their flawed characters into people who are both repulsive and sympathetic. Their characters’ fears of aging, losing relevance, and being unloved is present in all they say and do here. Each deserves Best Supporting Actress attention come awards time.

Howard as the lead is something truly remarkable to behold. At times, her Madeline is so fierce and obnoxious, you want to look away. At other moments, she is as fragile as rice paper, and you want to reach into the screen and give her a hug. Howard’s is a performance that paints in a vast palate of color, and she’s not afraid of the darker ones. Rare is the young actress who can do all that she does here. It is a brave, uncompromising, and unforgettable performance. 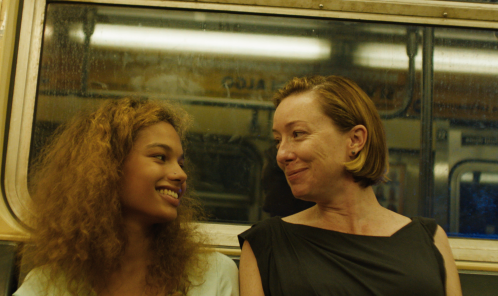 Helena Howard and Mollie ParkerAs Evangeline works to break down all the walls around Madeline, the girl continues to get more than she bargained for. Digging so deep unleashes her darker and more dangerous impulses. Madeline starts to become volatile and moody, acting out ravaging moments of rage, sorrow, and even promiscuity. At a party at Evangeline’s home, Madeline is forced to act in front of all the guests by the hostess. It shows her teacher’s need to call the shots at each juncture, but is Madeline also acting when she brazenly comes onto Evangeline’s unsuspecting husband, or just trying to pay back Evangeline’s bravado? The film doesn’t tell us for certain, and that makes the film all the more complex. Can we actually believe all that Madeline is doing, or is she just acting? Is she losing it, or is just being theatrical? Probably some of both.

Her terrors get dialed up when Evangeline inexplicably invites Regina to class. The envious mom delights in the limelight and it drives Madeline crazy. Is Evangeline pushing her to get her to share even more, or is she punishing her for being too talented and desperately attempting to bring her down a peg? No matter, as Madeline becomes more and more hideous in her acting out, one is reminded that Mary Shelley taught us that the true monster is always the creator, not its creation. 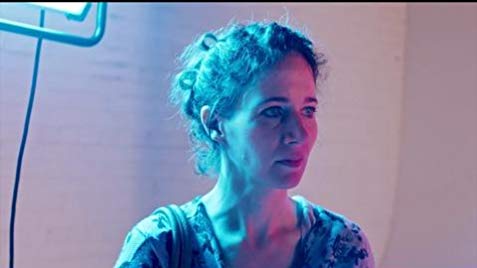 Miranda JulyTo that point, Decker may have indeed pushed her character story into a horrifying cautionary tale about the limits of molding clay into art. It is an edgy work, full of artistry and passion, raw and unrefined, just like Madeline. It’s strange, scary, funny, and moving, and perhaps the year’s most fascinating mind-f**k of a film. A lot like Evangeline’s class in actuality. Tread cautiously. 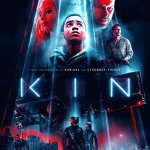 THE SCI-FI ADVENTURE “KIN” JUMBLES GENRES AND TONES INTO ONE MESSY MIXnon-illustrated, Review 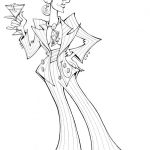