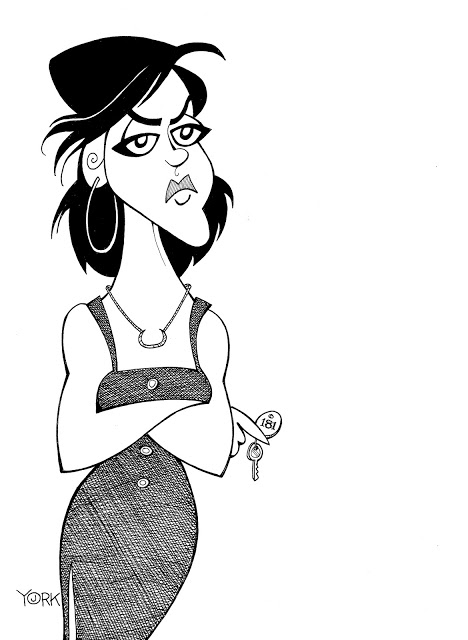 Original caricature by Jeff York of Daniela Vega in A FANTASTIC WOMAN. (copyright 2018)

It’s ironic that the new Chilean film A FANTASTIC WOMAN starts by focusing on the character of Orlando (Francis Reyes). We see him naked on a massage table. Is he treating himself to a rub-down or soothing away aching muscles? Probably a bit of both as he is in his mid-50’s. It’s all part of his preparation, “getting ready” if you will, for his date that evening. He is going out with his girlfriend, Marina Vidal (Daniela Vega), and she is worth all the trouble. In movies, it is usually the woman that the filmmaker shows readying herself for a night out, but not here. We see Orlando’s movements as Sebastian Lelio’s new film wants us to see things from a different perspective.

Marina, the girl of his dreams and the woman he’s in love with, is a nightclub singer, a fit and fashionable brunette, and easily 25 years Orlando’s junior. Yet, through his gaze, as he watches her sing, and enjoys a meal of Chinese food with her, and passionately makes love to her, such a gap is meaningless. Love is love is love is love.

Orlando sees her only as someone he respects and adores. And the film asks us in the audience to take this loving couple at face value too. They have a marvelous bond, and that should be enough for all the world to see as they look upon them. Soon, however, the couple’s happy existence together, living in an upper-class apartment, complete with adoring dog, will come to a shattering end. Orlando will wake up in the middle of the night short of breath and panicked. As they prepare to go to the hospital, he falls down some stairs and bloodies himself. A few minutes later, in the emergency room, Orlando succumbs to an aneurysm and dies. Now, the film’s focus shifts to Marina and the next days as she struggles with feelings of loss and her rights as Orlando’s girlfriend. 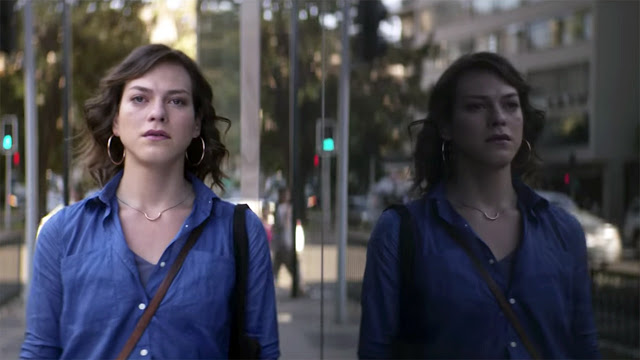 It should be a time for the beautiful, young woman to grieve, but it turns into something far worse. Because Marina is so much younger, and Orlando arrived at the hospital with a nasty gash on his forehead, suspicions are raised about the possibility of foul play. Complicating matters all the more is the fact that this gorgeous and confident young woman is transgender. Orlando was cisgender, and those differences stick in the craw of everyone from the hospital staff trying to identify his partner, to the police called in to investigate, to Orlando’s family whom clearly never accepted Marina.

What makes all of this even more dramatic, in the sensitively told and progressively political film, written by Lelio and Gonzalo Maza, is that Marina is comfortable in her skin. Her choice is not one that she regrets or agonizes over. She is a woman. Even more remarkable is the fact that the film never doubts it for a moment either. Lelio never disparages her femininity, and there is not a single flashback showing Daniela’s former life living as a male or going through any procedure in a hospital. She is presented as a woman because she is a woman and a fantastic one at that.

Unfortunately, not everyone sees her that way. Orlando’s prickly and bitter ex Sonia (Aline Kuppenheim) will barely look at her as they discuss Orlando’s funeral. She doesn’t want Marina anywhere near the church. Nor does Orlando’s son Bruno (Nicolas Saavedra). He’s so hostile to Marina, he enters the apartment she shared with Orlando as he pleases, leaving pizza lying around and stealing her dog. Only Gabo (Luis Gnecco), Orlando’s easygoing older brother, shows her a modicum of courtesy and respect. 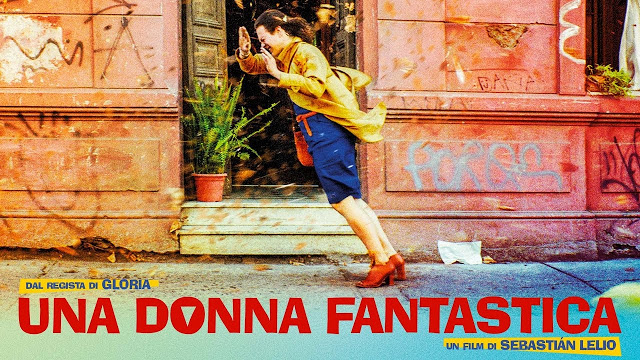 Throughout all this, Marina remains strong, if not perturbed. She insists on her rights as Orlando’s girlfriend and tries to persuade the bigoted family members with logic and sensitivity. Eventually, she will be pushed to be more strident with these nonbelievers, but Marina will always remain true to herself, as well as her love for Orlando and what they had together. She loved him, and she loves herself, even if his family hates her.

Lelio keeps us on Marina’s side through all of this and focuses his camera on her, mostly on her expressive face. Vega clues us into every subtly and nuance in Marina’s reactions to all the events swirling around her. Her dark eyes can turn from soulful to jubilant to worried to indignant on a dime. Vega gives a sublime performance, particularly in the scenes where she is virtually alone onscreen grieving the loss of her man and normalcy. The actress even gets the chance to sing operatically in the role, and her voice is as lovely as every other part of her.

Perhaps the most beautiful part of A FANTASTIC WOMAN is how it accepts Marina at face value, never ogling her and resisting showing any of her physical scars. At one point, to clear both her name and Orlando’s in any question of physical abuse, Marina must submit to a physical exam. She is asked to disrobe in front of a doctor with a camera and the investigator Adriana (Amparo Noguera) who has been breathing down her neck for days. Marina removes her top and is surprisingly flat-chested, suggesting that she chose not to enhance her bosom to feel womanly. Then she is forced to also show the bottom half of her body too. Director Lelio doesn’t show us a full-frontal shot there. He does not exploit the moment with a graphic edit, suggesting that everything is fine there regarding Marina’s sexuality. She is a woman, period. 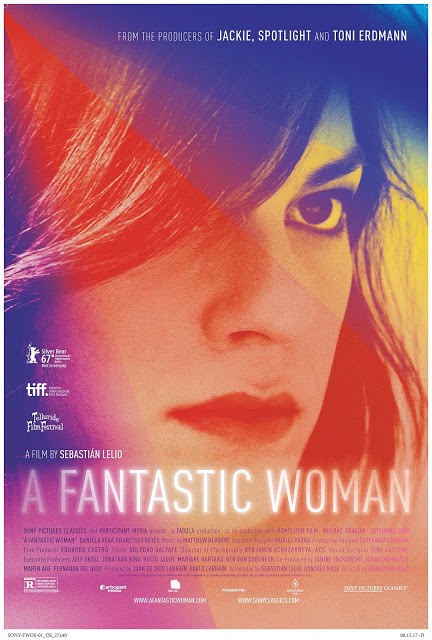 At times, Lelio’s direction is reminiscent of Spain’s Pedro Almodovar, blending bits of fantasy and whimsy into a grounded story that’s photographed mostly with realism. At one point, Marina walks down a city street, and the wind builds up to the point where she stops and leans against the gusts of wind at a 120-degree angle. The metaphor is brazenly cheeky in Almodovarian fashion. Indeed, Marina is up against a lot, but she’s still standing, and there is no futile tilting at windmills on her part. (Incidentally, here’s hoping that Almodovar casts Vega in a film or two of his, and soon. It’s one of her dreams to work with him, and she would make for a perfect heroine in one of the legendary filmmaker’s opuses.)

There may be one too many symbolic shots of Marina’s reflection in mirrors throughout. The images show a woman who looks the same in the mirror, no matter from what angle. Marina knows herself, knows what she had with Orlando, and no societal prejudices will rob her of the worthiness of either. Sure, she may have to fight, but Marina’s bullies will not defeat her. If anything, their vulgarities only compel this tenacious woman forward with an even more steadfast belief in her morals, character, and choices.

A FANTASTIC WOMAN is up for Best Foreign Language Film at the Oscars next month and is considered the heavy favorite to win. That’s not only encouraging for art, but also for the politics in the #MeToo year. This is a character study of a young woman that in many ways can stand right next to LADY BIRD as a testament to women who refuse to let the ups and downs of life keep them down. Through their smarts, wits, and guts, they’re showing us all how to live. Their coming of age should be ours too. 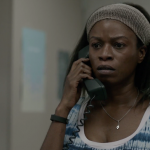 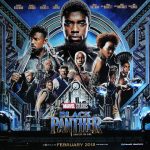 BLACK PANTHER IS A SERIOUS SUPERHERO AND THE MOVIE IS SERIOUSLY ONE OF MARVEL’S BESTnon-illustrated, Review