Sometimes critics and audiences alike think a movie has to be big to warrant the term ‘best of the year.’ War movies, epics, ginormous biographies – these types of films often rise to the top of 10 best lists and at awards shows. But often, it is simpler and even quieter films that resonate more. This year, that film is LADY BIRD, a coming-of-age story that may be small in scale but it is truly epic in what it accomplishes and what it makes us feel. And it’s easily one of this year’s absolute best.It is the first film written and directed by the actress Greta Gerwig and what a debut it is. She has learned a lot from her experiences being directed by filmmaker Noah Baumbach in films such as GREENBERG, FRANCES HA, and MISTRESS AMERICA. LADY BIRD has some of the same quirky, off-hand humor that Baumbach favors, but while her mentor often ridicules his characters, Gerwig treats hers more gently, creating a story that is always laughing with them, but never at them.

That respect starts with the main character. High school senior Christine McPherson (Irish actress Saoirse Ronan, doing a flawless American accent) is not the typical lead you find in most coming-of-age films. She is not a tragically lost individual to be brought down a number of pegs on the journey to self-discovery. Rather, this girl will remain steadfast and shrewd throughout, no matter what obstacles are thrown her way. Granted, she will blunder a number of situations, but she will learn from those mistakes without being wholly humiliated. How wonderful to find such a smart, strong, and confident young woman presented onscreen. It is exceedingly rare, and in this year of WONDER WOMAN, women’s protests, and brave women taking down the likes of Roy Moore, Harvey Weinstein, Bill O’Reilly, and Louis C.K., Gerwig’s female lead could not be more “of the moment.”

Christine dubs herself “Lady Bird” and insists that it is her given name. “It’s given to me, by me”, she exclaims, and it’s just one of the ways that Lady Bird pushes the envelope to see what she can get away with within the boring confines of Sacramento. (She calls it the ‘Midwest of California’.) To spice things up, Lady Bird also dyes her dark hair magenta to counter the gray and black Catholic student uniforms, steals her math teacher’s grade book so he forgets she’s a C student and hoists the school’s communion wafer supply to snack on with her best friend Julie (Beanie Feldstein).

Despite such shenanigans, however, Lady Bird is really a good egg. She’s merely fighting conformity by refusing to grow up too fast. She loathes the status quo of the adult world around here especially her hard-ass mom Marion (Laurie Metcalf). Mom doesn’t have much faith in Lady Bird, going out of her way to constantly put her down, and Lady Bird will have none of it. Thus, she mouths off back to her, forges her own path, and even tells lies to further her agenda.

Lady Bird boasts of wealthy digs in the rich part of Sacramento, even though her parents are struggling to make ends meet in the middling part of town. She assumes airs as well and dreams of escaping to the East Coast to be an accomplished artist or career girl. Lady Bird’s most defiant middle finger to all that her mom represents occurs in the first two minutes of the film. When mom becomes too strident in her control as they drive home from a trip to explore colleges, Lady Bird hurls herself out of the speeding car as the ultimate “Fuck you, I can’t take this anymore!” That shocking stunt earns her a broken arm and a cast for the first third of the film, but Gerwig treats it like it’s all part of dealing with Lady Bird and her odd, brazen choices.

In fact, Gerwig treats Lady Bird’s defiance very matter-of-factly throughout, recognizing that most teens go through similar disobedience. Where some coming-of-age stories would treat such actions as hysterical, Gerwig wisely doesn’t over-dramatize them. Instead, by being so droll about Lady Bird’s obstacle course, it makes her journey hysterically funny. Gerwig, like her lead Lady Bird, treats these moments as something to let wash off the back.

Lady Bird struggles with love interests too, but never in a histrionic fashion. She crushes on Danny (Lucas Hedges) the lead in her school’s joint musical production with a local boys’ Catholic school, but when she discovers he’s gay, it doesn’t ruin her world. Sure, she’s unhappy about it but she moves on and finds another boy to set her sights on. And even though they break up, Lady Bird doesn’t shun Danny. In fact, she is the shoulder he cries on when he confesses fear about coming out to his parents. Lady Bird is maturing, even though she may not entirely realize it.

The young woman screws up right and left, but she always manages to bounce back. She starts hanging out with rich girl Jenna (Odeya Rush), hoping to raise her cool factor, but when she’s caught lying about her middle-class background, Lady Bird comes clean immediately. She doesn’t cover that lie with more lies, as would happen in so many teen comedies. Instead, she apologizes and moves on. Again, Gerwig is showing how Lady Bird grows in smaller ways, rather than by one ginormous defining incident. That’s not only rare in coming-of-age films, but it’s also unusual in any Hollywood fare.

In episode after episode, Lady Bird is faced with choices of behavior that she doesn’t always ace. Should she prank one of the old nuns at the school? Should she defy her mom and secretly apply for student aid to get into an out-of-state school? Should she give up her virginity to an aloof, pretentious classmate? Lady Bird makes bad choices with all three, but she’s never leveled for her risks. In her breezy and comic fashion, Gerwig has made one of the most female positive stories of the year.

Additionally, the filmmaker paints a more complex and nuanced mother/daughter relationship as well. The great revelation in this story is that Lady Bird and her mom are so much more alike than either of them wants to acknowledge. In fact, the very first shot of the film makes that point. The two wake up in a motel room, after a long trek to check out colleges, and their pillow profiles facing each other match perfectly. Throughout the film, Lady Bird is shown to be a very headstrong woman, and a bit of a pill, just like her mom. They’re both prickly, but they both have big hearts. If anything, both women care too much and that can get them into trouble. Lady Bird wants to be someone who matters, and Marion wants to be a mom that does.

Marion is a fascinating character, a successful nurse/clinician helping patients with depression, but she can’t help but bring her own daughter down with her passive/aggressive mothering. Yet, despite playing such a quippy and often bitter cynic, Laurie Metcalf instills Marion with a sadness that makes her admirable even when she’s at her most awful. Her wounded puppy dog eyes give away the fact that mom’s bite is really just her defense mechanism against a world that continually craps in her corn flakes.

Still, Gerwig never lets such bitter emotions ruin the fun or let the sad moments in the story become maudlin. She’s an incredibly disciplined filmmaker, keeping things tight and on track, editing the film crisply and economically, but never pushing past emotional payoffs. Quite the contrary, as an actress, Gerwig recognizes the character moments that need to breathe and she certainly gives her cast those golden opportunities. She gets great work from all her cast, even in the smallest roles. (Both Lois Smith and Stephen Henderson are sublime as Catholic teachers). Gerwig does especially well by Tracy Letts. He plays Lady Bird’s frustrated father Larry with gruff humor and quiet dignity. Midway through the film, the sixtysomething Larry gets laid off, and his interview with a young, vacuous HR head is both incredibly funny and quietly heartbreaking. Gerwig lets her camera linger there a tad longer, focusing on Letts’ expressive face, to make the scene play all the more beautifully.

Even the biggest emotional scenes are kept in check and not overdone, all the more to render them realistically. Towards the end, Marion drives Lady Bird to the airport to head east for college but refuses to get out of the car to say goodbye. Her excuse is that parking the car will cost money they don’t need to misspend. Then Marion has a change of heart and desperately tries to park to say goodbye. She misses her daughter, however, but Gerwig doesn’t overplay the moment. The music doesn’t swell, nor do big tears. Instead, Gerwig lets Marion find comfort in the arms of her understanding husband.

Lady Bird faces tough choices in every scene, and arguably, so does filmmaker Gerwig. The writer/director could have so easily trotted out a host of teenage angst-ridden clichés – the “kumbaya” moments, the snot-filled crying jags, the post-learning hugs – but she refuses to turn this into treacle. Instead, Gerwig strives for something more recognizable in every moment. She finds the off-hand humor and honesty in the situation, and such choices make for one of the best freshman films in the history of the medium. Expect to see LADY BIRD figure strongly in the Oscar race this year, with likely nods for Best Picture, Director, Original Screenplay, Best Actress (Ronan does her career-best work in this role), and Supporting Actress.

LADY BIRD is a film about taking flight, leaving the nest, and transcending childhood. By the end, Christine has become a young woman who is going to have a terrific future in front of her. The same is true of Gerwig’s career as a filmmaker. 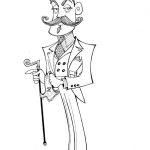 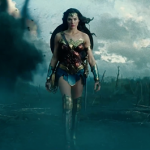