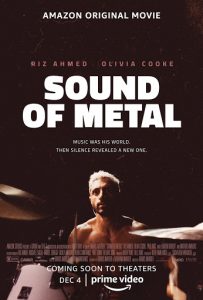 The new drama SOUND OF METAL starts with the droning feedback of an electric guitar. We’re instantly placed in a heavy metal setting before we’ve even seen a visual. Then drummer Ruben appears, awaiting his cue to start the downbeat. Yet not soon after, all that is known in his world will suddenly become foreign to him. He will start to lose his hearing and become a musician robbed of his livelihood. As for those of us in the audience, we will empathize all too well with the lead character as the film drains away the noises on the soundtrack too. The film immerses us in Ruben’s predicament completely. Protagonists in films rarely come as relatable as this.

In the morning after the performance, Ruben (Riz Ahmed) wakes and makes breakfast in his RV, producing another concert of noises we instantly are familiar with: the whir of a blender, the drip of a coffee maker, the scratchy start of an old LP Ruben puts on his record player. He gently wakes lead singer/lover Lou (Olivia Cooke) and revels in all that is familiar in their morning routine. But then Ruben realizes that he cannot hear her speak. It’s a shock to his system. Ours, too as director Darius Marder removes such sounds making us feel just as deaf.

Ruben discovers he only has 28% of his hearing left and realizes his music days are over for the time being. He is hoping for a miracle, an expensive surgery that will instantly restore his hearing, but Lou is more practical. She knows that music career or not, her lover will have to learn to deal in the world of the deaf, so she convinces him to journey to a deaf school and community in the Midwest to start learning how to cope.

The film then becomes one about a disability, of course, but in most ways, it avoids the cliches of such a genre. Yes, Ruben is stubborn and hostile, and there’s a big scene where he trashes his RV (Surprise, surprise!), but mostly, the clever story avoids the tried and true. In fact, the script by Marder and Abraham Marder (also the film’s composer), from a story by Derek Cianfrance, continually zigs when most other such films would have zagged.

For starters, Lou is not a selfish harpy obsessed with her career. Instead, she’s a centered young woman who wants what is best for Ruben. (Few actresses can play earnest as well as Cooke can.) Additionally, Joe, the leader of the deaf community who takes Ruben under his wing, isn’t a typical hardass-type practicing “tough love.” He’s a sensitive sage with the patience of Job, and Paul Raci makes the most of a great part. And when Ruben is amongst the deaf community, Marder resists having most of the conversations both signed and simultaneously spoken. He keeps us out of sorts throughout, never letting us get too comfortable.

The filmmaker cleverly does that with the soundtrack too. Sometimes we hear things just fine, amplifying the objective POV of the story. Other times, we’re stuck in stillness, the quiet as disorienting to us as it is to Ruben. The film ultimately becomes less about climbing back onto the horse, in this case, his musical career, and more about learning to ride a different animal altogether. Even when he teaches his classmates some basics about drumming, it has less to do with artistic expression and more to do with understanding how rhythm works.

Despite such sobering subject material, Marder infuses moments throughout with keen wit. Ruben’s RV has a metal exterior, of course. When he draws a nude tattoo design for a fellow student, they banter about the limitations of a woman who shaves all her pubic hair. And when Ruben treks to Europe in the third act, director Marder dials up the cranky street noises, such as blaring cop car sirens, forcing us to wince at the abruption. The director has immersed us so fully into Ruben’s world; he’s got us recoiling from noises we’d barely give a second thought to before.

Throughout, SOUND OF METAL manages to move without becoming treacly.   Nuanced parts are played well by a host of good actors, including acclaimed Frenchman Mathieu Amalric and deaf actress Lauren Ridloff, recently Tony-nominated for her Broadway role in the CHILDREN OF A LESSER GOD revival. Ahmed especially amazes, running the gamut from panic to pleasure in his part, yet never begging us to pity Ruben. It’s accomplished work, right up there with his Emmy-winning turn on HBO’s THE NIGHT OF.

In a movie year when audiences have been thrown off-guard by not being able to visit theaters, SOUND OF METAL fits right in. Like the film’s main character, we, too, have been placed reluctantly in uncharted territory and have learned to make the most of it. And with worthy films like this one at our disposal, a smaller screen doesn’t seem like that much of an impediment at all. 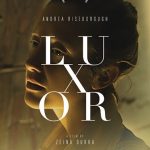 BURIED HISTORIES AND MYSTERIES ARE EXCAVATED IN “LUXOR”news, non-illustrated, Review 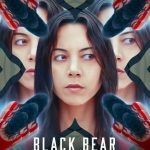 “BLACK BEAR” TWISTS A LOVE TRIANGLE INTO A NUMBER OF KNOTSnews, non-illustrated, Review